Back on July 18th, the rover Opportunity was rolling along on Mars, en route to the big crater Endeavour, when it caught sight of a craggy rock about 2 feet across perched atop the ruddy sand. Intrigued, controllers back on Earth had the craft make a U-turn and backtrack some 820 feet (250 meters) for a closer look. After getting the once-over from Opportunity's alpha particle X-ray spectrometer, the rock turns out to be an iron-nickel meteorite. 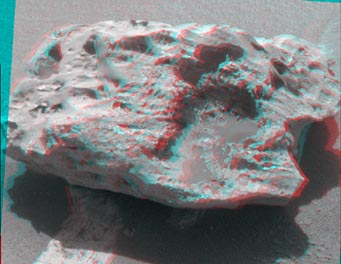 About 2 feet across, a meteorite dubbed Block Island lies on the surface of Mars. The rover Opportunity took the images for this 3-D view on July 31, 2009. Click here for a larger view.

Now it's time to drag out those red-and-blue 3-D glasses you've got stashed in that junk drawer. This stereo view, using a pair of images snapped on July 31st, accentuates the rock's surface pits and dimples — telltale features that commonly form on terrestrial meteorites as they come scorching through the atmosphere at 10 to 20 miles per second. The ones on Mars probably get pitted as well by millions of years of sandblasting.

This isn't the first space rock spotted on the Martian surface — Opportunity found one dubbed Heat Shield Rock back in 2005, and its twin, Spirit, chanced upon one near the Columbia Hills three years ago — but it's certainly the biggest to date. Eyeballing it, I figure its mass is at least 650 pounds (300 kg). Hmm . . . at the going rate for iron meteorites, that'd net me a cool $1½ million or more — if I could just figure out how to haul it back to Earth!

UPDATE: Such a large meteorite could not have survived impact in one piece unless it fell at a time when Mars had a thicker atmosphere to cushion it, researchers announced on August 11th. This implies that either enough carbon dioxide is locked up in the Martian polar caps to create a thick atmosphere during periodic warming intervals, or the meteorite fell billions of years ago in Mars's early history. Studies underway of its surface chemistry and weathering may tell tales about the Martian past. See NASA press release about this. 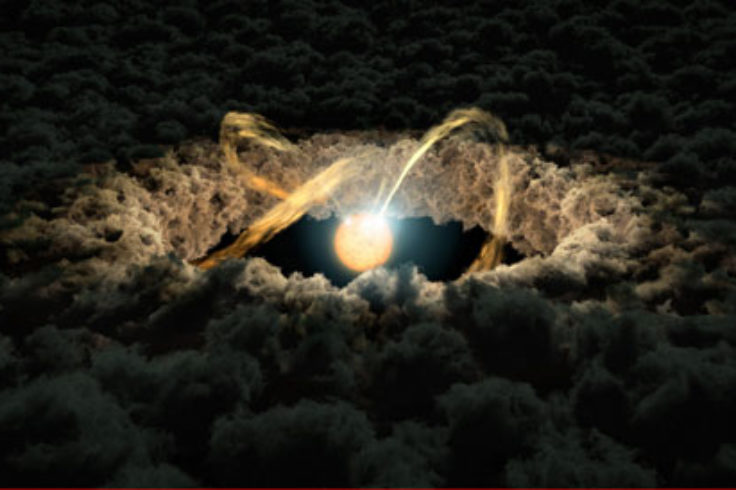 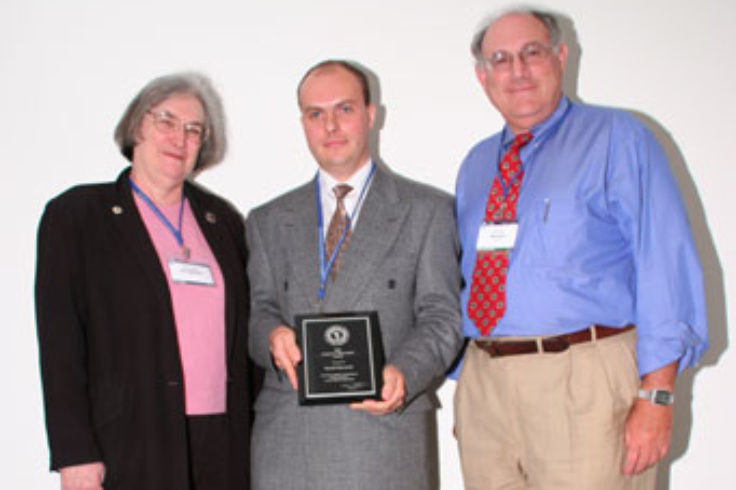