Meade, along with Sunny Optical, is a subsidiary of the Chinese manufacturer Ningbo Sunny Electronic Co. Ltd having been purchased in 2013. The lawsuit found that Sunny colluded with other Chinese manufacturers in a price-fixing scheme that formed a monopoly over the domestic consumer telescope market.

Founded in 1972 by John Diebel, Meade rose from humble beginnings in the amateur astronomy market selling small refracting telescopes. Its first printed advertisement appeared on page 43 of the July 1972 issue of Sky & Telescope. The company expanded to include Newtonian reflectors and eventually Schmidt-Cassegrain telescopes, becoming the world's largest telescope manufacturer with distribution in more than 30 countries. In 2006 the company’s product line grew to include specialized solar observing equipment following the purchase of Coronado Instruments.  In 1997 Meade became the first manufacturer of amateur telescopes to go public, with shares traded on Nasdaq stock exchange.

Meade has clashed with competition in the past. Several lawsuits between Meade and longtime rival Celestron made headlines with patent-infringement claims about Go To technology that were eventually settled out of court in 2006. In 2008, Meade settled a lawsuit with Star Intruments and RC Optical Systems (Now Deep Sky Instruments) regarding claims of false advertising of its RCX (now Advanced Coma-Free) optical design.

Following the bankruptcy filing, Meade posted a statement on Facebook stating “As in recent news, Meade Instruments has filed for Chapter 11 Bankruptcy Protection/Reorganization on December 4th, 2019. Please be assured that we will continue to support our products, our customers, and our network of Dealers throughout the process. Our customers remain our highest priority. We thank you for your valued support and look forward to continuing the Meade name.”

That's a shame. I think Meade lost sight of what amateur astronomers are looking for. Quality, high tech upgradeable equipment at a reasonable price. The LX600/800 were ok but still had most of the same shortcomings as the LX200 line. Just some key upgrades like high end encoders and being able to plate solve the scopes pointing would've taken the LX series over the top.

I can't fault Meade, or Celestron, or Edmund, or ... The amateur market is so price sensitive. I have a 10in. RCX400 that I bought used on consignment. What a HUGE step up from the 6in Edmund Newtonian I had used since I was 12. GPS, alt/az or polar drive, full computer drive, periodic correction.. I still haven't really used all the features, and have hundreds of DSLR photos I've processed from it. The tripod is massive and solid (on the RCX). I've never had any instability from it. I know there are ISSUES, and all their products haven't been GREAT without flaws, but I really appreciate the effort and being out there for those of us that don't/didn't have 10's of $K for the perfect instrument. I applaud them, and hope they can find a way.

"Monopoly"??? Last I read, Celestron was still here making products in the US from Torrance. Am I missing something? Duopoly, maybe...but Monopoly? Maybe it's an "Alternate Fact".

Meade is owned by a Chinese company. The lawsuit was brought by Orion. Justice prevailed.

Uh, Orion, according to Wikipedia,

"A large proportion of its products are manufactured by the Chinese company Synta for the Orion brand name. "

So now we have a US company that vends mostly Chinese products suing another Chinese-owned company (Meade) for Anti-Trust (Monopoly) issues??

This one doesn't pass the smell test. It sounds like one Chinese company, Synta (Orion's supplier) trying to eliminate the other Chinese company, Ningbo Sunny Electronic (Meade), and using the US Court System (this is a system?) to do it with Orion as a straw man.

Do a little digging before you state that justice was served. It sounds like only the Chinese and their lawyers made out on this one.

So glad I am an ATM and can pick the components and suppliers myself...!

Orion® Telescopes & Binoculars is the only independent U.S.-owned telescope brand and distributor, with 40 employees based in Watsonville, California.

As with all current tech companies, Meade moved boldly forward with bigger and better. They forgot earlier iterations and left those items without support. The OTAs of earlier generations were still functional as ever but the active mount evolution ignored earlier packages thus not stocking parts for the aging systems. I have seen older 10” systems sold for US$20.00-35.00. These orphans litter the landscape while the latest versions are offered for 100 times that amount. Somehow that bothers me greatly. I am not saying that Meade, alone, is guilty of this, rather the whole merchandising warfare system is flawed. A fact Meade is now encountering.

I think an important point everyone is missing here is the phrase...." price-fixing scheme". That means the companies all got together and instead of letting consumer demand and product appeal and competition set the price of items, they all agreed to set specific prices on their products and thus defeat the ideals of competition.
The net effect is that you end up paying more for the products because the price is artificially set by a consortium of companies regardless of how good the product is or the actual cost of manufacturing is.
Good job Orion. Now if we could only do the same for the oil companies who all mysteriously manage to charge the same price for their gasoline and raise prices on the same day.

Yes, "price-fixing scheme" is a much more appropriate and pertinent term here than "monopoly." Both are different kinds of anti-competitive behavior.

Regarding gasoline prices, I have talked to gas station owners and the pump prices are set, not by the big oil companies, but by the thousands of individual gas stations who watch each others' prices like a hawk, and judge what their own price should be based on that and other information. This is highly competitive -- not anti-competitive unless they actually collude, which may happen in certain cases but would be only localized (and hard to police). Wholesale gasoline prices fluctuate, as do oil prices, and anyone can watch the national base prices by charting the commodity futures contracts. When oil company "x" raises its wholesale price on a given day, for various reasons including possibly a supply disruption caused by a refinery breakdown, and they supply 10 gas stations in an area, then of course those 10 stations will all raise their prices in a similar manner, at about the same time. No mystery there.

For the consumer wanting to fight back and get the best price, GasBuddy.com is your friend.

Hello,
I worked at Meade from '99 to '03, during the "boom years" of the ETX line and when the price of computerized telescopes was dropping. The ETX 90 was selling like hot cakes when I joined in '99, but by the time I left 4 years later I could see some signs of market fatigue: a computerized telescope just wasn't novel anymore. Also, I think the market realized that 99% of telescopes are used 2 or 3 times, and then spend the rest of their lives in a garage or closet, and are eventually sold used, donated, or just thrown away. At a certain point the pricing competition became a race to the bottom between all the companies, so I think the margins got squeezed.
I think the fact is that our pace of life is getting faster and faster, and astronomy is a slow, patient, methodical hobby. I'm afraid that after the huge growth of video games and the advent of the smartphone, people are just not interested in slower activities that require study (at least a little bit), and a couple of hours to really get something out of it. I'm 45 years old, and I live in Southern California, a hotbed of amateur astronomy. When I go out observing to one of the well-known amateur dark sites around here, I'm the youngest there! 15 or 20 years ago the camping sites used to be well attended, with 10-20 cars parked on a dry lake bed. Now there's 2 or 3 cars.
So... I don't see this bankruptcy as a Meade issue; I see it as a market trend. I think the only companies that will survive will have to have other lines of business: industrial optics, lab instruments, etc. While I was there Meade tried to diversify, but they didn't succeed. I wish Meade the best. I met some good people there.

I worked for Orion a few years before you worked for Meade, and everything you say rings true. I was a bit of a Celestron partisan but I met good people at Meade and Orion, and was somewhat underwhelmed by management decisions at both firms. I hope this leads to better prices for consumers but fear that the outcome will simply be less, not more, competition. 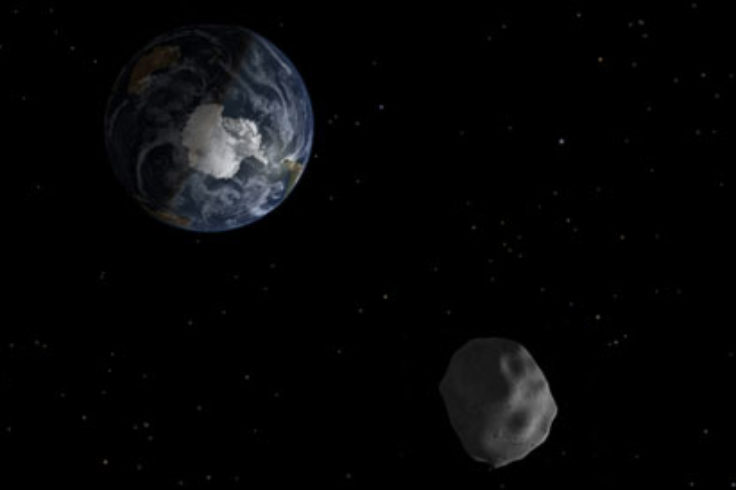