One of the behemoths sitting atop Mauna Kea in Hawaii is the Subaru Telescope, whose 27-foot (8.2-m) primary mirror ranks among the world's largest. 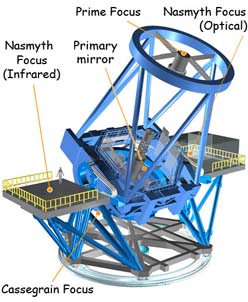 Boasting a monolithic primary mirror 27 feet (8.2 m) across, Japan's Subaru Telescope can direct its light to one of four different focus points.

Although it's been a productive, state-of-the-art facility since 1999, the crown jewel of Japanese astronomy doesn't get much attention from Western news media. Unfortunately, the latest exciting discovery from Subaru isn't the kind that makes astronomers happy.

On the morning July 2nd, while shutting down after the night's run, the operator got an error message indicating a problem at the telescope's upper end. So he called for technical support, which had to come all the way up the mountain from Hilo, 40 miles and 1½ hours away. Then he and the observing team left.

When a trio of engineers arrived, the problem was all too obvious: about 25 gallons of ethylene glycol — that distinctly orange fluid used as antifreeze in road vehicles — had gushed out of coolant lines up near the telescope's prime focus. Apparently a system designed to move the coolant lines and electronic wiring in synch with the telescope failed, and the lines became stretched and ruptured. 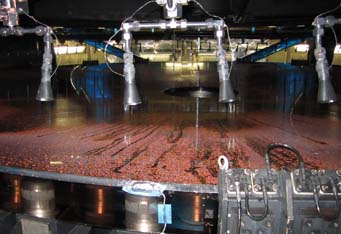 On the morning of July 2, 2011, a leaking coolant line spilled ethylene glycol (a common antifreeze) onto Subaru's primary mirror and other equipment. The metallic nozzles deliver jets of CO2 gas to clean dust from the mirror's surface. Click here for a larger view.

The tech team quickly shut the supply valve, but by then orange droplets had covered everything below — from the Subaru Prime Focus Camera (Suprime-Cam) and Faint Object Camera and Spectrometer (at the Cassegrain focus) to the primary mirror itself.

The good news is that ethylene glycol isn't corrosive, so neither the telescope's optics nor the instruments were damaged. Hideki Takami, Subaru's interim director, told me that crews have been washing down the primary mirror with water to get it clean and that it won't need to be removed or re-aluminized.

But the bad news is that it'll be quite some time before all of the dripped-on electronics and other affected equipment can be inspected, cleaned, and tested. Takami suspects it'll be months before Subaru is back in business — and even then it might be returned to operation gradually. 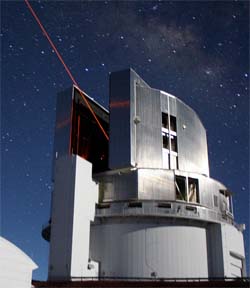 A powerful laser shot from the Subaru Telescope generates an artificial guide star at a height of 60 miles (90 km) in the upper atmosphere. It's part of the facility's new adaptive-optics system. Click here for a larger view.

Ironically, just as the orange goo made its appearance, the observatory's staff was announcing that a new adaptive-optics system, under development for several years, had finally begun use for everyday scientific observations. Its powerful laser beam causes sodium atoms in the upper atmosphere to fluoresce, thus creating an artificial star that the telescope's adaptive optics can use to compensate for atmospheric turbulence. Tests have shown a tenfold improvement in image sharpness. Sadly, it'll be some time before observers get to return to the dome to exploit this new capability.

You can read a report about the leak here and see more pictures of it here. There's a nice overview of Subaru's specs and capabilities here.

I checked, and the months of downtime statement is not accurate. The telescope is expected to be back in operation much sooner.

hi, Philip -- my information comes straight from the observatory's director. if you can connect me with a better source, please do!

I hope at least limited functionality can be restored in less time, but surely "months" is a good expectation for the recovery of the camera, if it has glycol in it.

Lets hope there has been some consideration given to redesigning to eliminate problems like this.

Murphy's Law strikes again. Imagine the effort that was needed to get 12 men to the surface of the Moon and getting them all back alive successfully with the primitive computers available back then. 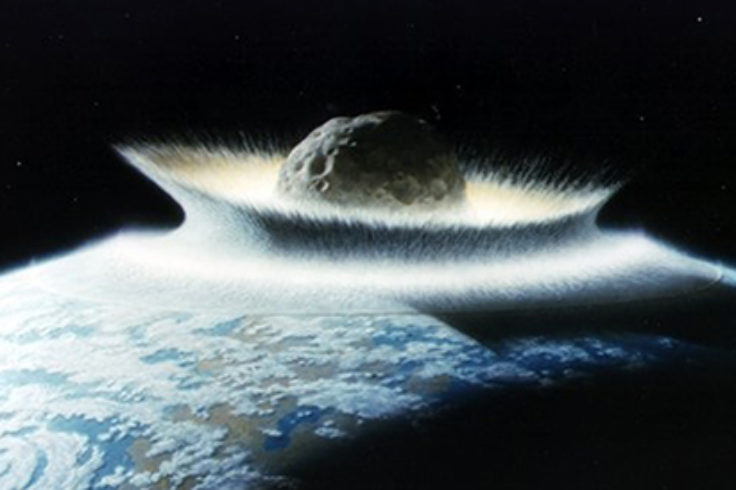 Nearby Stellar Traffic Twice as Heavy as Previously Thought