A recently excavated room among the ruins of Xultún in Guatemala proves that Maya skywatchers could predict the Moon's phases and eclipses with extreme precision — thousands of years into the future.

A bunch of opportunistic doomsdayists have predicted, based on their misrepresentation of the Mayan calendar, that the world end in December. It's hogwash, of course, but now there's new proof that we won't go "poof."

In 2010, an archeology student named Maxwell Chamberlin was poking around the ruins of Xultún in northern Guatemala. At its peak, during the Classic Period (A.D. 200 to 900), this thriving city was home to tens of thousands. Amid overgrown trees, Chamberlin had found an earthen mound with an opening to a small enclosure, roughly six feet square with a tall, vaulted ceiling. Looters had come and gone, looking for a tomb but finding little in the dirt-filled room. However, a bit of one wall showed a painting. 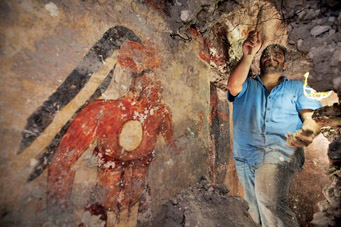 Archaeologist William Saturno scrapes debris from inside a small 1,200-year-old home in Guatemala. The room's walls reveal a detailed Mayan calendar that extends thousands of years into the future. The figure at left portrays the king of Xultún, the ancient Mayan city in which the ruin was found.

Later in 2010 and again in 2011, William Saturno (Boston University) returned with a small excavation team. They emptied the room of dirt and found, to their surprise, that three of the walls were adorned with exquisite, colorful paintings. One depicted Xultún's king, others apparently members of his court.

On the east wall, Saturno spotted four columns of glyphs representing very large numbers. "We realized these were calculations based on the Maya calendar and astronomy that projected 2.5 million days — some 7,000 years — into the future," Saturno explains in a blog for the National Geographic Society, which funded his expedition.

The Maya were keen observers of the night sky. They realized that the Moon took 29½ days to cycle through its phases — an inconvenient interval that was far easier to tally by bundling a series of six lunations into a single 177-day span. By adding one additional day every five or six times — "sort of like a leap day," Saturno explains — the Maya could track the passage of time using the Moon with remarkable accuracy, to within 0.005 day over 182 lunations. Moreover, this precise calendrical scheme permitted the prediction of lunar eclipses. 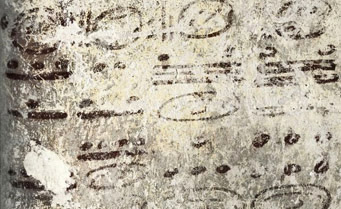 The wall of a small room amid Mayan ruins in Guatemala shows four large numbers, written in columns, that are "Long Count" dates. One extends nearly 7,000 years in the future. Click here for a larger version.

Apparently this little room was a study of sorts, where scribes would gather to record happenings in the city. What's made its discovery loom large among pre-Columbian archaeologists is that the hieroglyphs date to A.D. 813 or 814 — about 75 years before Xultún's collapse and centuries before the rich astronomical tables found in bark-paper books known as the Dresden Codex. "This is really our first look at what their astronomy was like during the Classic Period," Saturno explained during an interview for his university's public-radio station. "It's our first example of what Maya astronomers were thinking in the 9th century.

One thing they clearly weren't thinking about back then was Earth's cataclysmic demise in 2012. So can we we stop all this "end of days" nonsense now? Please??

By the way, Saturno's team published its findings in Science for May 11th. The magazine has posted an informative interview with Saturno that you can read or listen to. The expedition to Xultún is featured in the June issue of National Geographic. 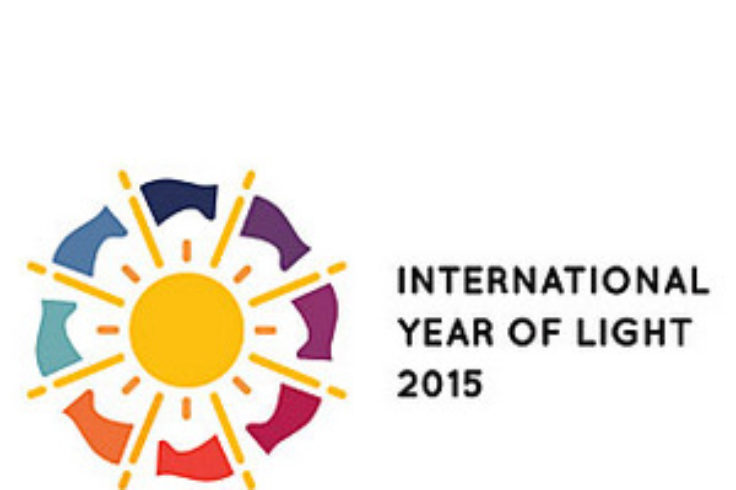