Name a Mars Crater with Uwingu

Here’s what you need to know about a new fundraising venture, the race to name 500,000 craters on Uwingu’s Mars map. 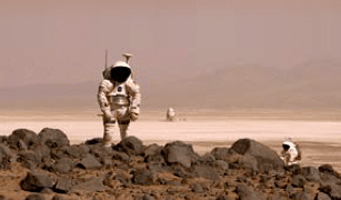 Uwingu
The start-up company Uwingu has announced a new fundraising venture to support its space education and research fund: inviting the paying public to name the approximately 500,000 small craters that pepper the surface of Mars. If every crater gains a name (a lofty goal!), the venture will have raised $10 million for the Uwingu Fund.

Alan Stern, planetary scientist and former associate administrator of NASA’s Science Mission Directorate (among other things), founded Uwingu in the summer of 2012, launching the for-profit LLC company with an Indiegogo campaign that raised almost $80,000. Since that time, Uwingu has announced two fundraising projects and funded eight starter grants of at least $1,000 each. But the team hopes to do much more than that — Stern ultimately wants to provide a funding alternative when government budgets tighten.

Here are the facts about the Mars-naming fundraiser:

It’s not official. This isn’t like those name-a-star scams, which promise buyers they can officially name a star for a price. Uwingu acknowledges the official Martian names designated by the International Astronomical Union for approximately 15,000 features scattered across the Red Planet’s surface, and they don’t claim that names bought through Uwingu have any place on that official list.

The IAU has carefully selected names of Martian features over the past 50 years, drawing from historical sources where available and keeping within given themes. Names for craters larger than 60 km in diameter come from deceased scientists and explorers, as well as writers who added to Martian lore. For smaller craters, names come from cities across the world with populations less than 100,000. (See our November 2012 issue for more about how astronomy names become official.)

Uwingu's "Mars Surface Viewer" lets you see which craters are available (yellow) and which already have names (blue).

Uwingu has grandfathered all existing names, including those made official by IAU as well as those used unofficially by NASA rover teams, into their map. But IAU’s careful naming process and rovers’ limited roving means many features remain unnamed, including approximately 500,000 craters.

Buying names for these craters might not be official but they will gain a space on Uwingu’s Mars map. Who will use that map? For now, Mars One, the nonprofit Dutch organization that plans to establish a settlement on Mars, has announced its plan to adopt Uwingu’s map for all their missions.

It’s for a cause. Also unlike the name-a-star scams, Uwingu’s name-a-crater scheme isn’t purely for profit. Half the proceeds go to the Uwingu Fund, which promises to support space education and research. The other half goes to running the company, which has no paid staff and a few paid contractors, such as for website development.

So far, the Uwingu Fund has funded eight starter grants of at least $1,000 each, including grants to the Astronomers Without Borders, the International Dark Sky Association, and the Galileo Teacher Training Program. (The fund also supported SETI’s Allen Telescope Array as part of the Indiegogo campaign.)

This isn’t the exoplanet-naming project. About a year ago, Uwingu announced a controversial plan to allow the paying public to nominate and vote on names for planets around other stars. A user pays $0.99 per vote and $4.99 to nominate a name. The project stirred the ire of the IAU, which responded with a pointed press release. Not only that, but only one planet name (the sometimes-contested Alpha Centauri Bb, to be renamed Albertus Alauda) won enough votes to enter Uwingu’s official database.

The Martian crater-naming project avoids that hullabaloo by doing away with voting altogether. Instead, users get what they pay for — a crater on Uwingu’s Mars map with their chosen name on it.

The craters available for naming on Uwingu range from under a kilometer across to over 350 kilometers across. The smallest craters can be named for $5, but the larger the crater, the more it costs. The most expensive go for $5,000 a pop.

So far, the new style of fundraising seems to be working. “It looks like we will have received more [Martian] feature names . . . in about 2.5 days than resulted from 50 years of naming by committees,” Stern says. 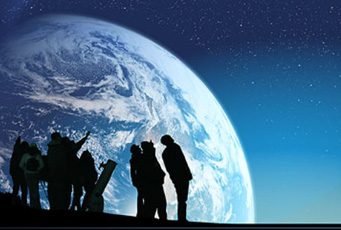 At $5 per name or more, that means the company would have collected at least $37,000 for the Uwingu Fund. That’s about five times what the exoplanet-naming project earned. (By my calculations, which I based on entries to Uwingu’s exoplanet list. At last count, I found 1,426 names nominated and 7,734 votes cast, which amount to almost $15,000, half of which would have gone toward the Uwingu Fund.)

And that’s not all. Uwingu is set to announce a new partnership with Astronomers Without Borders, donating a province (one of the large squares on their Mars map grid) for AWB members to name. AWB will receive a portion of the proceeds, and plans to promote this fundraising opportunity with Mars programs in April’s Global Astronomy Month festivities.

Is anything out there named for John Dobson?
Just asking

Great idea, to honour John Dobson with a Mars crater. Just send an message to the IAU. Then it's official and you don't have to pay for it.

You'd have better luck suggesting that a crater on the Moon be named for Dobson. It would be more in line with IAU naming guidelines.

Note asteroid 18024 Dobson is already named after him.

The problem in paying for names is that the IAU is very likely to provide its own names. Just as star names are assigned so are names of moons and craters. As for alpha Cen Bb, there has been no confirmation for this planet of which I am aware. According to Dr. Hatzes, it very well may not exist. One may as well name or rename the moons and planets in sci-fi movies.

Call me selfish but if I created a name for a crater (or any other astronomical object) that wasn't recognized by the IAU, then I say "what's the point?" It would be the same as creating a new word that won't be accepted for use in any dictionary.