A mechanical problem in the spacecraft's seismometer can't be fixed before the planned launch date, so NASA managers have postponed the mission until 2018.

NASA's planetary missions have been on a roll of late, led by the mini-armada of Curiosity, Opportunity, Mars Odyssey, and Mars Reconnaissance Orbiter — all of which continue their scrutiny of the Red Planet.

But the space agency's plans hit a speed bump yesterday when officials announced that the next spacecraft in queue, InSight (short for Interior Exploration using Seismic Investigations, Geodesy and Heat Transport), would not be launched toward Mars early next year as planned. The lander had already reached the launch site at Vandenberg Air Force Base in California when a key instrument developed a leak during a final round of thermal testing.

InSight is intended land (probably on Elysium Planitia) and probe the interior structure of Mars by measuring subsurface seismic, thermal, and mechanical properties. Key to its success is the Seismic Experiment for Interior Structure (SEIS), which can record ground motions of less than 1 micron (0.001 mm) over a broad range of frequencies.

But the instrument's sensors must operate in a vacuum with a pressure of no more than 1 microbar, and the vacuum seal failed during testing. Built by Centre National d'Études Spatiales (CNES) in Toulouse, France, SEIS had developed a leak earlier this year, but engineers repaired it and believed they had fixed the problem.

With the spacecraft already being prepped for launch, mission managers decided that there wasn't enough time to make the needed repairs. "Space exploration is unforgiving," noted John Grunsfeld, who heads NASA's Science Mission Directorate, "and the bottom line is that we're not ready to launch in the 2016 window."

InSight carries four other instruments and a monitoring camera. The German Space Agency's Heat Flow and Physical Properties Package (HP3), whose heat probe — nicknamed "the mole" — is designed to burrow to a depth of up to 5 meters (16 feet) to measure the heat radiating from the planet's core. RISE, short for Rotation and Interior Structure Experiment, uses the lander's X-band radio to measure the planet's spin rate (and any variations in it) very precisely, which will provide additional clues to understanding the Martian interior. A magnetometer and weather sensors round out the scientific payload.

Since the opportunities to send spacecraft to Mars occur during favorable orbital geometries that occur every 26 months, InSight won't get another chance to leave Earth until 2018. The mission's estimated total cost (including development, launch, and operations) is $675 million, 85% of which has already been spent. Although CNES will absorb the cost of repairing its instrument, there'll be significant expense for NASA to store the spacecraft for two years and to keep the mission team intact.

Because InSight is a Discovery-class mission, which have strict cost caps, these extra expenses might conceivably lead to outright cancellation. "A decision on a path forward will be made in the coming months," said Grunsfeld in a prepared statement.

Meanwhile, NASA is not the only player in the exploration of Mars. The European Space Agency's Mars Express orbiter continues the scientific studies under way since its arrival 12 years ago.

And preparations continue for the March 14th departure of another Mars-bound mission. ExoMars, a joint undertaking of ESA and Russia’s Roscosmos space agency, involves launches in both 2016 and 2018. The first of these will use a Proton rocket to loft the Trace Gas Orbiter (TGO) and a small lander called Schiaparelli. Both craft should arrive at the Baikonur launch site in Kazakhstan this week.

Find Elysium Planitia and a host of other interesting features on the Red Planet with Sky & Telescope's Mars globes or our full-color Mars topography map.

Darn, that is disappointing. Insight has had a hard time even before launch. The mission was originally conceived to deploy four landers distributed in a tetrahedron around Mars, which would have given a much better three-dimensional image of the planet's interior. The decision to send only one lander was made by an accountant, not a scientist.

TONY !! the accountant has to define the limits of budget if not another mafia sector is born! (even if scientists are the less risky in any profession!!).
I really wonder even how all these politician never interested in science are convinced to dedicate already so much money!! .. I will say it whispering before they hear me.
Thinking that ONE extra bureaucratic requests in Government inutility cost itself millions of $$$ of nothing, it is so stupid not deviate them to causes that in the long run will create wealth for everybody. 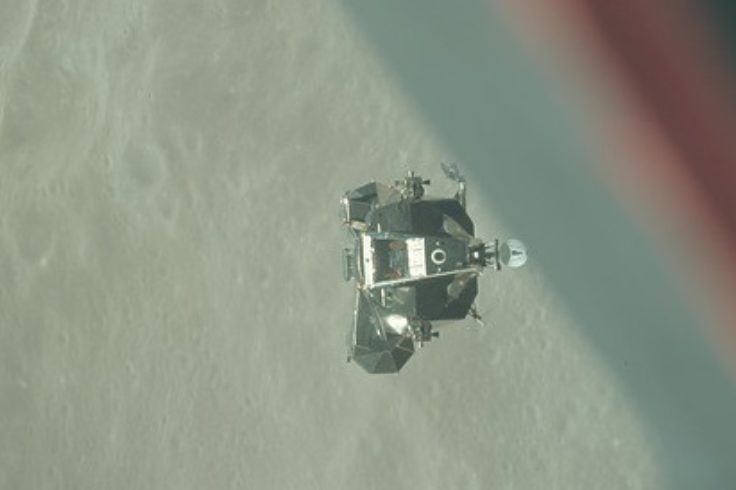