Spacecraft and powerful ground-based telescopes have swollen the census of moons known to be orbiting the outer planets. However, perhaps owing to its great distance, Neptune has been missing from astronomers' "new moon" proclamations for a decade.

That's changed with the announcement that a tiny, previously unseen moonlet has been found. A team of observers led by Mark Showalter (SETI Institute) recorded it repeatedly in Hubble Space Telescope images of Neptune taken between 2004 and 2009. But the little body sat unnoticed for years, owing to its tiny size and rapid motion around the planet. "This moon never sits still long enough to have its picture taken," Showalter says.

He chanced upon it on July 1st, while researching the planet's faint rings and ring arcs. "I was working with some older images from 2009 that I thought I was finished with," Showalter explains. The arcs circle Neptune quickly, in just hours, so to make them stand out, he'd offset each image in the Hubble sequence to account for the orbital motion. "Oh, I should look farther out," he thought, and when he did (again adjusting for orbital motion), a "fairly obvious dot" turned up.

Showalter quickly found the moonlet in several other sets of Hubble images taken in 2004 and 2005. He also checked images from Voyager 2, which flew past Neptune in 1989, but it's not there. In fact, with an estimated magnitude of 26.5, S/2004 N 1 barely registered in the individual HST images. If its surface is dark, like those of other nearby satellites, then the new find has a diameter of no more than 10 to 12 miles (16 to 20 km) — the smallest of Neptune's 14 known moons.

Ironically, these images have been in the public domain for years. "Anyone could have discovered this," Showalter admits.

According CBET 3586, issued earlier today by the IAU's Central Bureau for Astronomical Telegrams, S/2004 N 1 appears to be traveling in a near-circular orbit very close to Neptune's equatorial plane. Based on its positions recorded during the past 5 years, the object must circle the planet every 22h 28.1m and therefore must average 65,420 miles (105,283 km) from Neptune's center. That puts it between the small inner moons Larissa and Proteus.

The known census of planetary moons now stands at 181 (if you count those of dwarf planets Pluto, Eris, and Haumea). To see how the new discovery fits in among its Neptunian neighbors, see Sky & Telescope's online guide to planetary satellites.

No sign yet of extra terrestrial intelligence from SETI, but one ET moonlet found.

I just checked the orbital period of Neptune's outermost moon. It is about 9,740 days if I remember the number correctly. Divide that into the orbit period (year) of Neptune and it is almost exactly 6. A harmonic relationship?

16 to 20 km diameter is pretty darn small! Is there a formal rule regarding how big a rock needs to be to be considered a moon? And what if the object is a chunk of ice that could sublimate away, or a loosely bound rubble pile? What are the defining characteristics of a moon, especially it's minimum size?

Indeed Anthony, as I stated in a comment on the story introducing Pluto’s newly found moons Kerberos and Styx, the number of moons in our system has gotten way out of control. But if your dismissive of a 16km moon, you should check out S&T’s “online guide to planetary satellites” linked to at the very end of Kelly’s article. Mars’ moon Deimos is only 12km, while Jupiter and Saturn each have scores of moonle, err, “dwarf moons” that are in the single digit class. Saturn’s innermost orbiter is a teeny tiny 0.3km! Should we name all the chunks of rubble in the rings next? With the next generation of mega scopes the number of detectable moons may grow to astronomical proportions. It’s totally unaceptible! 🙂

According to my reference, Neptune's outermost moon (S/2002 N4) is about 48 million km from Neptune, a little less than Mercury’s from the sun. A haromonic relationship is easy to picture, like the Bohr atom with six waves completing the circuit. “Harmonic” is reminiscent of Pythagorean “music of the spheres,” however, so “resonance” is the preferred term today. 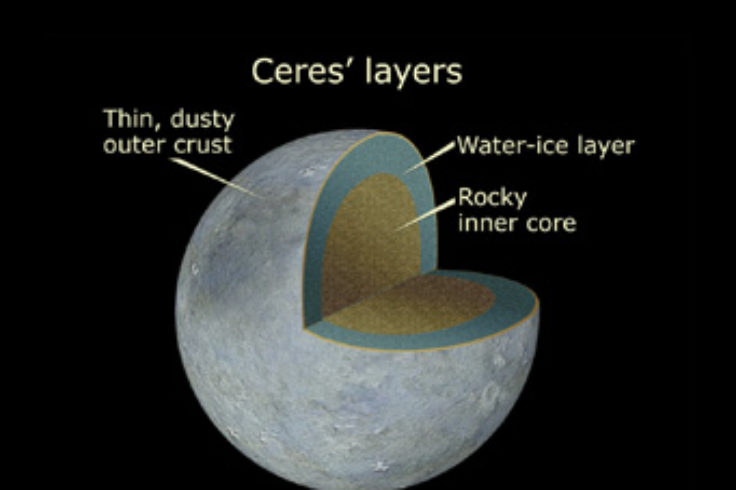