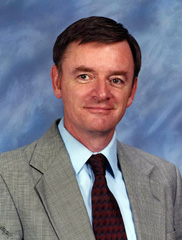 The ASP, founded in 1889 and based in San Francisco, California, is one of the leading organizations devoted to improving people's understanding, appreciation, and enjoyment of astronomy. Manning is "just the right person to take over the leadership of the ASP," says society president Dennis Schatz. Manning is currently the head of public outreach at the Space Telescope Science Institute in Baltimore, Maryland. Before that he spent many years as a planetarium director, most recently at the Museum of the Rockies in Bozeman, Montana. He holds a bachelor's degree in math and astronomy from the University of Wisconsin and a master's degree in physics and astronomy from the University of North Carolina.

"I look forward to my new adventure with the ASP," says Manning. "It's a great group." He'll replace outgoing executive director Michael Bennett, who's retiring after six years in the position. 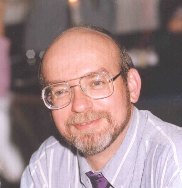 John P. Huchra of the Harvard-Smithsonian Center for Astrophysics in Cambridge, Massachusetts, has been elected the next president of the American Astronomical Society.

The AAS, established in 1899 and headquartered in Washington, DC, is the major organization of professional astronomers in North America. It's key objective is to promote the advancement of astronomy and related sciences. "I'm honored and excited to be elected president of the AAS," says Huchra, a Harvard University professor and senior researcher at the Harvard-Smithsonian Center for Astrophysics (CfA). "I hope to guide this multifaceted organization in beneficial directions as we make our way in the beginning of the 21st century."

Huchra graduated from the Massachusetts Institute of Technology in 1970 and earned his Ph.D. in astronomy at Caltech in 1976; he joined the CfA later that year. He'll begin a one-year term as AAS president-elect this coming May, then assume the society's top job for a two-year term beginning in June 2008, when he'll succeed current AAS president J. Craig Wheeler (University of Texas). This means Huchra will lead American astronomers through the next decadal survey, during which the profession will chart its scientific course for the next 10 years in a maddeningly uncertain budgetary climate.