News from the AAS

About 3,000 scientists from around the world gathered Sunday in Seattle,
Washington, for the 209th meeting of the American Astronomical Society.
Hundreds of discoveries were announced on the conference’s first day, and among
the highlights are:

A large international team has made the most detailed 3-D map yet of how dark
matter is distributed in the universe. The group observed a 1.6-square-degree
patch of sky (9 times the area of the full Moon) with ground- and space-based
telescopes, including a whopping 600 orbits of observing time with the Hubble
Space Telescope — the most time ever allotted for a single project.

The Cosmic Evolution Survey (COSMOS) found that dark matter is distributed in the
same web-like structure as galaxies, and that dark matter, a mysterious form of matter that is invisible to telescopes but that accounts for about 6 times more mass than familiar “atomic” matter, and visible matter
clump together as simulations of cosmic evolution have predicted. To tease out
the location of dark matter, the team painstakingly studied how foreground concentrations of matter
subtly distort the shapes of thousands of more distant galaxies, a phenomenon
predicted by Einstein known as gravitational lensing.

The results bolster the prevailing view that dark matter provided the gravitational muscle that
allowed galaxies to form in the early universe, and that binds them together in
giant clusters. “We don’t have an answer on what dark matter is yet,” says team
leader Nicholas Scoville (Caltech). “But we have made a first step: we know
where it is.”

A team led by Stella Kafka (National Optical Astronomy Observatory) has found
the first strong observational evidence that a star’s powerful magnetic field
is penetrating a binary companion and stirring up starspots, flares, and
prominences.

The system, EF Eridani, consists of a white dwarf and a brown
dwarf in an orbit so tight it would fit inside the Sun. The system is normally
active when material from the brown dwarf flows along magnetic field lines,
smashing into the white dwarf’s magnetic pole. But occasionally the flow of
material ceases, and the system settles down into a state of relative
quiescence, which allows observations of the much fainter brown dwarf. Using
telescopes in Chile and Arizona, Kafka and her colleagues found that during
these periods, the system still emits very bright hydrogen-alpha light, a key
indicator of magnetic activity. The pattern of the hydrogen-alpha light
suggests strong magnetic activity on the brown dwarf of the type that
the Sun would normally generate internally, but that rarely occurs in
substellar objects.

“The magnetic field of the white dwarf penetrates the brown dwarf and acts like a conductor,” says Kafka. “It makes it come alive and leads to hyperactivity.” The system, adds Kafka, gives astronomers insights into some of the complex magnetic interactions that must be occurring in hot Jupiters: massive planets that orbit their host stars at close range. 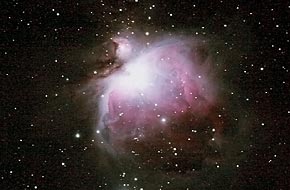 A team of astronomers have been keeping their eye on a peculiar eclipsing binary star inside the Orion Nebula (M42).

Using several ground-based telescopes in Arizona and Chile, a group led by
Phillip Cargile (Vanderbilt University) has monitored an eclipsing binary star
in the Orion Nebula (M42) that confounds stellar-evolution models. The two
stars periodically pass in front of each other as they orbit a common center of
mass, blocking each other’s light. The observations have yielded precise
measurements of the mass and size of each star. Both objects weigh in with the
same mass: 40 percent the mass of the Sun. Given that the stars are in a
binary, they almost certainly formed at the same time, a few million years ago
— the same age as most stars in the nebula. According to theory, two stars
with the same mass, age, and composition should have the same size. But to the
surprise of Cargile and his colleagues, one star is nearly twice as large as
the other: 1.94 solar diameters versus 1.03 solar diameters.

“This shows us
something we can’t explain right now,” says Cargile, who adds that according to
models of how newborn stars shrink as they contract, the larger star should be
8 million years older than its companion. “But all the evidence shows that
these stars should be the same age,” he says. 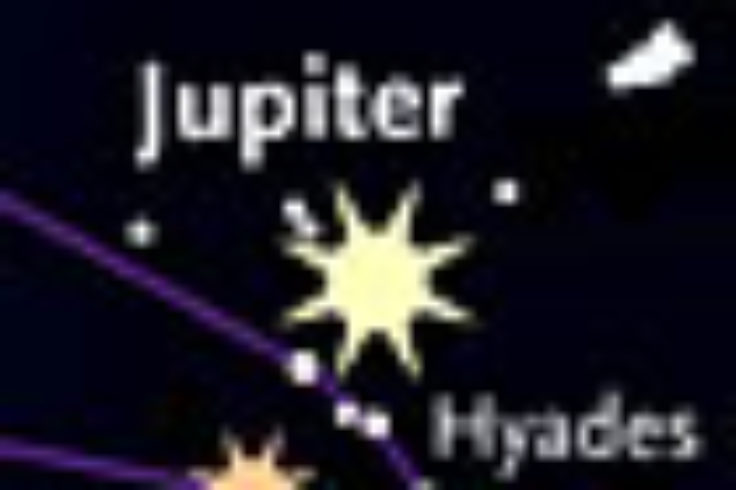