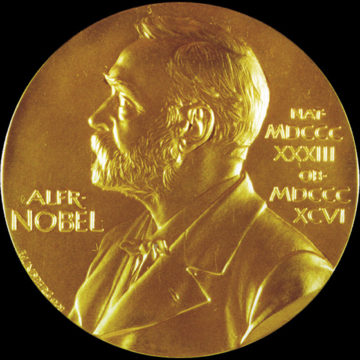 The Royal Swedish Academy of Sciences has awarded the Nobel Prize in Physics to James Peebles (Princeton) and to Michel Mayor and Didier Queloz (both at the University of Geneva, Switzerland). The prize, which will be split in half, honors discoveries that have offered new perspectives on our place in the universe.

Peebles is being honored for theoretical discoveries in cosmology. Anyone who has had an introductory course in astronomy likely knows his name. Since the mid-1960s, he has made crucial contributions to our understanding of the Big Bang and dark matter.

When Robert Wilson and Arno Penzias at the Bell Telephone Laboratories in New Jersey discovered a persistent background noise in their radio experiments — one that they initially thought might be due to pigeon droppings — Peebles had already thought of and written up a paper on the idea of background radiation. This radiation was trapped amongst the primordial soup of ions in the hot, early universe, but 370,000 years after the Big Bang, the soup cooled enough to combine into neutral atoms, setting the photons free. This radiation, known as the cosmic microwave background (CMB), now fills the universe at microwave wavelengths.

But Peebles and his colleagues hadn’t published yet. The two teams ended up publishing the discovery and the theoretical underpinnings in two independent articles in the Astrophysical Journal Letters. In 1978, Wilson and Penzias received the Nobel Prize in Physics for their discovery of the radiation. Now, it’s Peebles’s turn.

This recognition comes for more than just the existence of the CMB. Peebles worked for decades to understand this background radiation and the information encoded in it about the universe’s earliest years. Ultimately, his studies provided the theoretical framework for astronomers who, in observations of galaxies and galaxy clusters, were finding that “normal” (aka, baryonic) matter can only be the tip of the universe’s iceberg. Thanks to his contributions, the ideas of dark matter and dark energy, unknown components that make up 95% of the universe, have solid theoretical footing.

Mayor and Queloz will receive the other half of the Nobel Prize for their discovery of the first exoplanet orbiting a Sun-like star, a hot Jupiter known as 51 Pegasi b.

This gas giant zips around its star every four days, so it reaches temperatures of 1000ºC (1800ºF) — not exactly what astronomers were expecting to find! The alien world is about half the mass of Jupiter, but half again as wide. It could be that proximity to the star’s searing heat is puffing up the planet’s atmosphere.

The discovery, made with the custom-built Elodie spectrograph on a 2-meter telescope at the Haute-Provence Observatory, France, in 1995, came after decades of now-discredited claims of exoplanet detections in various systems. Observations of 51 Pegasi b served as a proof of concept that initiated an exponential firestorm of observing campaigns, instruments, and satellites, which have now collectively amassed more than 4,000 confirmed exoplanets.

Note that the award qualifies the words “first exoplanet” with “around a Sun-like star.” The first two exoplanets discovered, by Aleksander Wolszczan and Dale Frail in 1992, orbit a pulsar. It remains unclear whether these Earth-mass planets formed after the host star went supernova, or whether they are the stripped-down remains of gas giants. Mayor and Queloz’s discovery of 51 Pegasi b also stands on the shoulders of other giants — Jason Wright has posted a thread on Twitter explaining tentative detections and signals collected before the era of 51 Pegasi b.

Congratulations to Jim Peebles, Michel Mayor, and Didier Queloz for the well-deserved honor!