A Fine Year for the Icy Quads

Have you ever seen a single Quadrantid meteor? Astronomy guidebooks say the Quads are one of the richest annual meteor showers, with peak rates of 60 to 200 visible per hour under ideal conditions. But many lifelong skywatchers have never seen a single one. 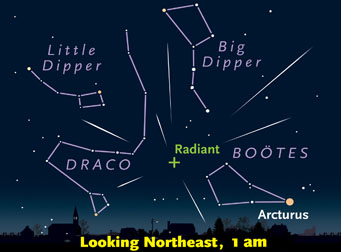 Not until early morning does the radiant of the Quadrantid meteor shower start to rise high. (And donâ€™t expect to see several at once!) This scene is drawn for 40° north latitude. The best viewing in 2012 will be after the Moon sets and the radiant rises high, between about 3 and 6 a.m.

The Quads have two problems. First, the shower is brief. Peak activity usually lasts just a few hours, and if the peak doesn’t fall between midnight and dawn for your part of the world, you lose out. The duration of the peak (when meteor rates are at least half the maximum) is variously quoted as 2 to 4 hours or 14 hours. The strength of the shower seems to vary from year to year, but perhaps less than the sometimes spotty observations suggest. Clearly the Quads could use more study.

The second problem is that you’re watching in the night’s coldest hours, in the year’s coldest time, under a wide-open clear sky that will also expose you to maximum radiational cooling. On top of that, if you’re lying motionless in a reclining chair or on the ground (or the snow), you’re not going to be generating much body heat.

So make it an adventure! This year the morning of January 4th offers very good circumstances for North Americans, especially in the East. The Quadrantids are predicted to peak around 7h or 8h Universal Time, which is 2 or 3 a.m. Eastern Standard Time. The waxing gibbous Moon sets about 3 a.m. local time wherever you are, leaving the sky fully dark until dawn begins around 5:30 or 6.

Plan a proper expedition. You want to be snug in many layers from head to feet with no pinches or thin spots. An electric hot pad buttoned inside your coat will help, with a long extension cord back to the house.

Meteor watching is especially fun if you take notes to make a proper count using standardized methods for reporting to the International Meteor Organization. (Read how.) If you use a voice recorder for notes, practice beforehand so you can work it in the dark with mittened hands. Batteries fail in the cold, but a pencil and clipboard won’t. Your mittened pencil notes don’t need to be pretty, just clear enough to read the next day. And be sure you can get to your watch and read it to mark off time intervals every half hour or so for separate counts.

The shower’s radiant (its apparent perspective point of origin) is in the antique constellation Quadrans Muralis about halfway from the end of the big Dipper’s handle to the head of Draco, as shown above. It’s reasonably well up in the northeast after about 1 a.m. local time and keeps rising higher until dawn. The higher a shower’s radiant, the more meteors appear all over the sky. Watch whatever part of your sky is darkest, probably straight up. 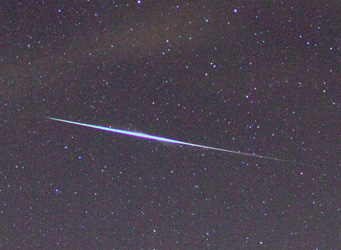 It was the only Quadrantid meteor that Maryland skywatcher Mike Hankey captured in 10 hours of photography on the night of January 3–4, 2011, but it was a doozy that left a dissipating smoke train. Click here for a larger view and an animation.

The meteors that arrive late in this shower tend to be brighter than the early ones. Minor activity has been reported as much as a week before and after the peak date; this needs to be monitored too.

Like the Geminid meteors of mid-December, the Quadrantids originate from an asteroid, not a comet. The asteroid is known as 2003 EH1. Dynamical studies suggest that it may be a dead chunk of a comet that broke apart several centuries ago, and that the meteors are small bits of debris from this fragmentation.

The constellation Quadrans Muralis, the Mural Quadrant (an old naked-eye device for measuring positions of celestial objects) was added to the sky by the French astronomer Jérôme Lalande in 1795. Quadrans was still widely recognized when the meteor shower was identified in 1825, but it didn't make the cut when the International Astronomical Union created today's official list of 88 constellations and their borders in 1930. (Here are 49 other also-rans, from the Scepter of Brandenberg to Hirudo the Leech.)

After the Quads come and go, there won't be another good meteor shower until the Lyrids arrive in late April. Check out our list and description of all the major meteor showers of 2012.

I did see 20 meteors from about 2:30 AM to 4 AM this morning. One really bright one off to the east that lasted two seconds and left a visible trail. Half or more of the tracks were well beyond the zenith to the west, south and east. A very widespread radiant. At one point I saw 3 meteors 1 second apart. By 4AM things seemed to have stopped (and my feet were gettin cold) so that was that.

I only saw about 10 between 3 - 4 am, in the Shenandoah Valley in Virginia. I saw one really bright one, heading off to the west around 3:30, or so. Got brighter as it continued.

Two of us observed the Quads from a dark sky site near Greenbelt, Maryland from 03:25 to about 04:45 EST. We saw only a handful of meteors. We had a clear view of the north-east sky; The stars of the constellations Ursa Minor, Draco, Ursa Major, Bootes were all clearly visible;Due to background haze and skyglow the limiting magnitude was probably no less than M=4. We should have seen many more meteors -- but it was surprising how few we saw. The sky became obscured with haze after 04:45 EST.

Observing from a light poluted area of south Texas between 2:15 and 4:15 am (less about 15 to get a cup of coffee and to unsuccessfully invite my wife out) I saw about 20, but 2 of them were maybe late Geminids since they came in from the west. 2 of the the Quads were impressive smokers, and I also saw few that appeared supprizingly slow. One coming out of the radiant seemed to have a bend in it's apparent path. The peak of activity was around 3:15 or so, with 2 within 1 second and another 2 seconds later. Then the time between sightings got longer and longer. The night was capped off by one seen from my truck on my way in to work as dawn was breaking. This last one was very satisfying, since it was on the opposite side of the sky from the radiant, heading straight down toward the southwestern horizon. 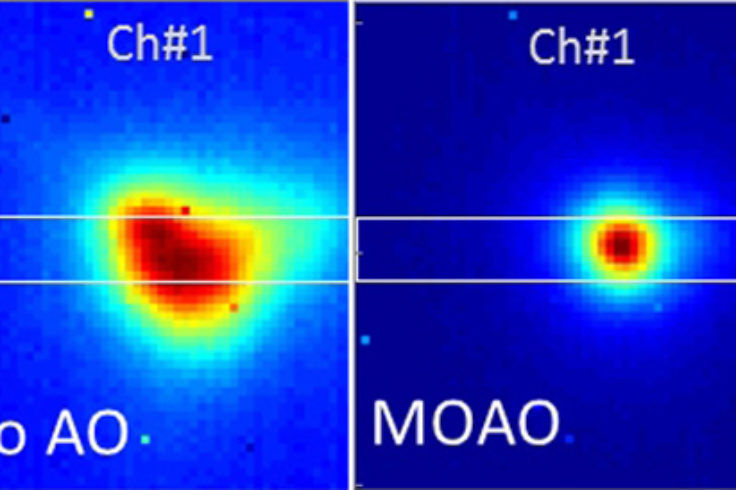 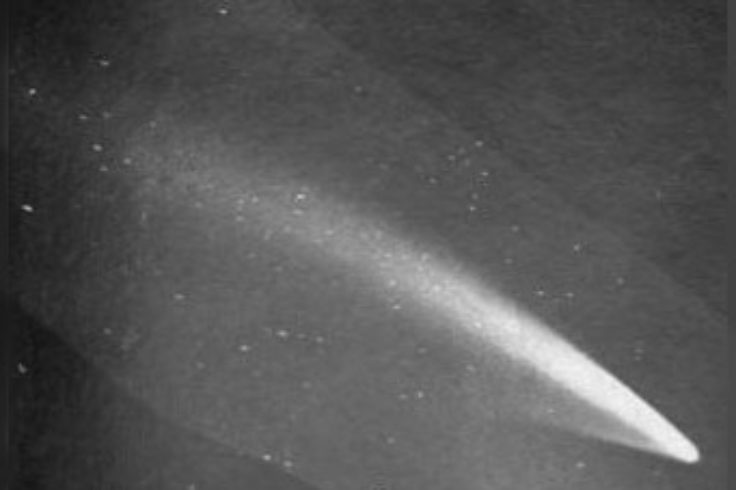 The Great Daylight Comet of 1910