An Eclipsing Binary in the Trapezium 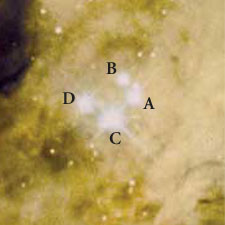 A close-up view of the Trapezium multiple star system with the four bright stars labeled. Click on the image to see the Trapezium within the Orion Nebula.

The eclipse of A by its close, unseen companion takes roughly 20 hours to complete. At mideclipse (which lasts 2.5 hours) the star is about 1 magnitude fainter than normal. Because of the 65.4-day period, only about a dozen eclipses of this star have been accurately observed since the first one was noticed by German astronomer Eckmar Lohsen on October 11, 1973.

The following table lists the upcoming dates and estimated Universal Times of mideclipse for Theta1 Orionis A. Note that not all will be visible; some take place when Orion is either below the horizon or too close to the Sun to be seen. However, since the entire event lasts some 20 hours, experienced observers may detect the star's fading or brightening even when mideclipse is not visible.

Planet-Protection Policies: Due For Revision? 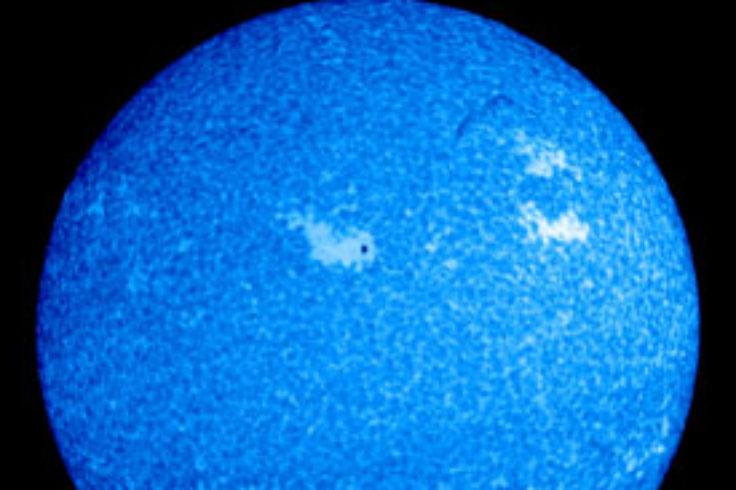 The Sun Goes Round and (Less) Round