Georgia amateur Tim Puckett has a knack for spotting supernovae. But his latest find, SN 2012A in the irregular galaxy NCG 3239, is something special. 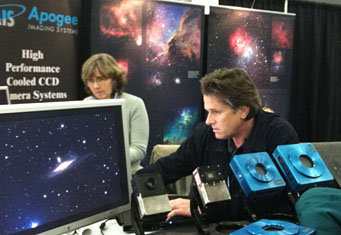 Tim Puckett works at the Apogee Imaging Systems booth during a meeting of the American Astronomical Society, which presented him with the 2012 Chambliss Amateur Achievement Award.

For one thing, word of the discovery came on January 9th, while Puckett was attending the 219th meeting of the American Astronomical Society. There colleagues and professionals immediately helped confirm and announce it. (It's currently about magnitude 13.4 and seems to be holding steady near maximum; recent magnitude estimates.)

Even better, a day later Puckett was awarded the Society's 2012 Chambliss Amateur Achievement Award. AAS president Debra Elmegreen made the announcement at the meeting and read the award citation: "To Tim Puckett for his Puckett Observatory World Supernova Search program that has discovered more than 200 supernovae".

His dedicated hunt for exploding stars began in 1998. Back then, Puckett mostly worked alone, using his custom built 60-cm Ritchey-Chrétien and 50-cm folded reflectors. Recently he was forced to close his observatory for personal reasons. But the popularity of his program has grown: it now comprises 20 amateurs who use four dedicated telescopes (the largest an amateur-built 24-inch) to record candidate galaxies and volunteers in five countries to analyze the resulting images. 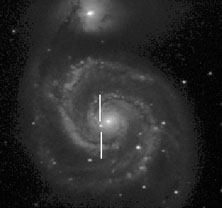 Tim Puckett was looking for comets when he and others discovered Supernova 1994I in the Whirlpool Galaxy. That happy accident became the first of hundreds more supernovae found by Puckett's international group of volunteer observers.

Puckett built his first telescopes in the 1980s using machining skills learned from George Roberts, a retired naval engineer. He started out looking for comets but chanced upon SN 1994I by accident. Finding a supernova was exciting, but studying comets remained the priority. Puckett was even planning a project with famed planetary scientist Eugene Shoemaker.

But Shoemaker's untimely death in 1997, coupled with the advent of the LINEAR automated search for comets and near-Earth asteroids, changed the game. "At that point I was pretty disgusted and sad too," Puckett recalls. "With LINEAR, your chances of success were pretty slim." So he decided to focus instead on discovering supernovae, collaborating occasionally with amateur Alex Langoussis.

Puckett now treats the search like a second job. He works full time for Apogee Imaging Systems, but when time permits he shuttles around the country to attend conventions, scans his team's observations, and recruits volunteers. "Most of the time, I live out of a suitcase," he says. 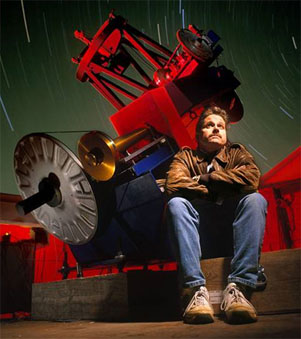 Tim Puckett with the 24-inch (60-cm) Ritchey-Chrétien telescope he completed in 1996.

All those supernova discoveries have earned him a reputation for credibility among amateurs and professionals. "The only thing that ever got us was a luminous blue variable," explains Puckett. "But we've made no other mistakes in reporting supernovae."

Puckett now hopes his Chambliss award, along with the buzz surrounding the discovery of SN 2012A, will encourage young amateurs around the world, especially high school students, to join the search. Most ambitiously, he'd like to take advantage of the growing popularity of citizen-science projects. "It will be nice to start something like Galaxy Zoo to scan for supernovae," Puckett says. He's also looking for a programmer who can help automate the searches. (Interested? Then contact him directly.)