This month Mercury is hopelessly lost in the Sun's glare, and Venus is also Sun-swamped. Mars rises around 2 or 3 a.m., while Jupiter rises in the east around midnight as August begins and about 10 p.m. by month’s end.

That leaves us Saturn as the last planet standing. You can find this ringed wonder in the evening sky, but you’ll have to be quick! Watch where the Sun sets, and then, about an hour later, look to the left by 5 or 6 times the size of your fist at arm’s length.

To Saturn's left is the icy-white star Spica, and even farther to its left is the distinctly red-tinged star Antares, marking the heart of Scorpius.

Over in the northwest, the Big Dipper hanging from its handle about halfway up. At the end of the handle are four stars forming its bowl. Draw an imaginary line through the bottom pair of stars and follow it toward upper right until you reach a medium-bright star: Polaris, the North Star. 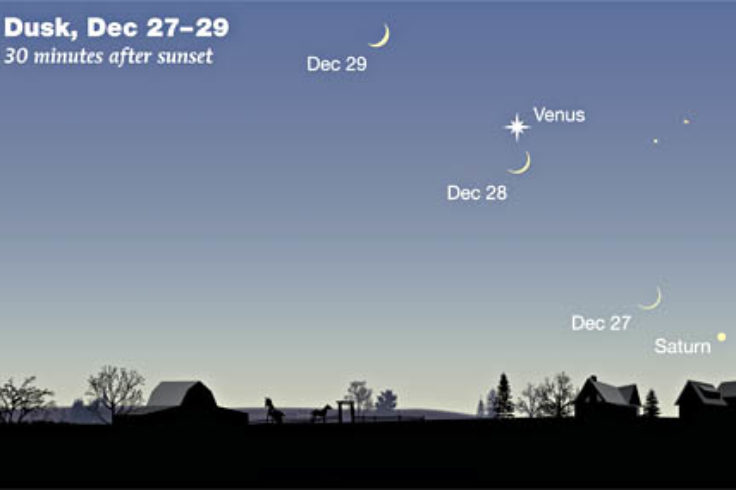