This month, you can see a pair of planets before sunrise and another pair after sunset. In each case, one of them is situated near a bright star.

Before dawn, you can see dazzling Venus and not-as-bright Jupiter. Right next to Venus, but seemingly much dimmer, is the bright star Aldebaran. Throughout the month these three beacons rise higher in the predawn twilight and move farther apart. 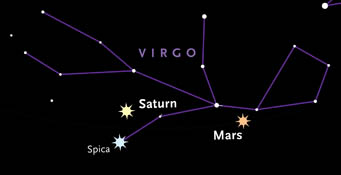 During July 2012, Saturn, Mars, and Spica are close together and nearly the same brightness.

Meanwhile, Mars and Saturn are the two bright planets in the evening sky. Not far from Saturn is Spica, and all three are nearly the same brightness. Early in the month, the fleet planet Mercury makes a brief appearance in the west about an after sundown.

To get a guided tour of these groupings and other sky sights for the month, download July's audio sky tour. It's a 4-megabyte MP3 file that's 5½ minutes long. 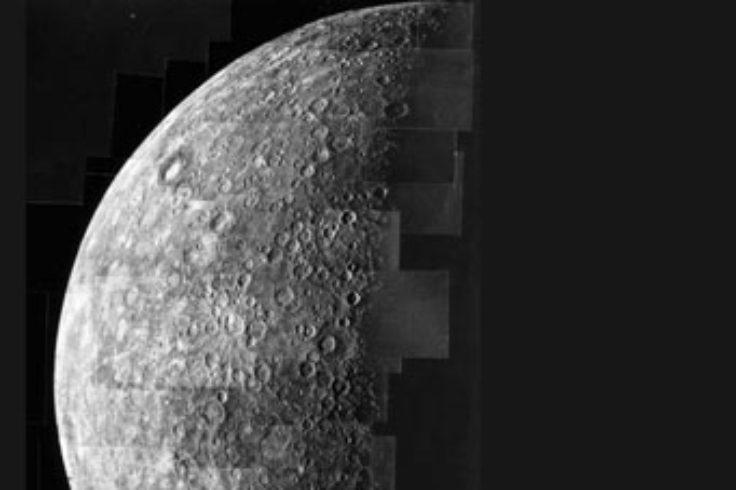