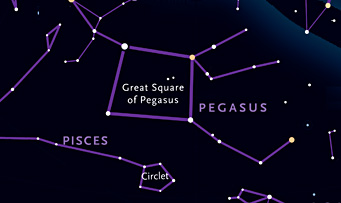 Pegasus, the Winged Horse, appears upside down as seen from the Northern Hemisphere as it flies across November skies.

Venus is still shining brightly low in the west after sunset, refusing to sink into the twilight glow. A few hours later, turn around to watch the second-brightest planet, Jupiter, rise in the east.

While you’re waiting for Jupiter to pop into view, look high in the southeast for a giant diamond in the sky. Skywatchers the world over know this as the Great Square, representing the chest of Pegasus, the Winged Horse.

November 3rd is when the U.S. and Canada return to standard time. But that date is also noteworthy because a total solar eclipse will be seen along a narrow path that slices across central Africa. If you live along the Eastern Seaboard in the U.S., you’ll see a partial solar eclipse at dawn.

On the mornings of November 25 and 26th, look toward the eastern horizon about 30 minutes before sunrise, roughly 6:30 a.m. Look low down for a tight pairing of Mercury and somewhat dimmer Saturn.

It's a busy month, celestially speaking, so download this month's 6¼-minute-long audio audio sky tour to get a personally guided tour. 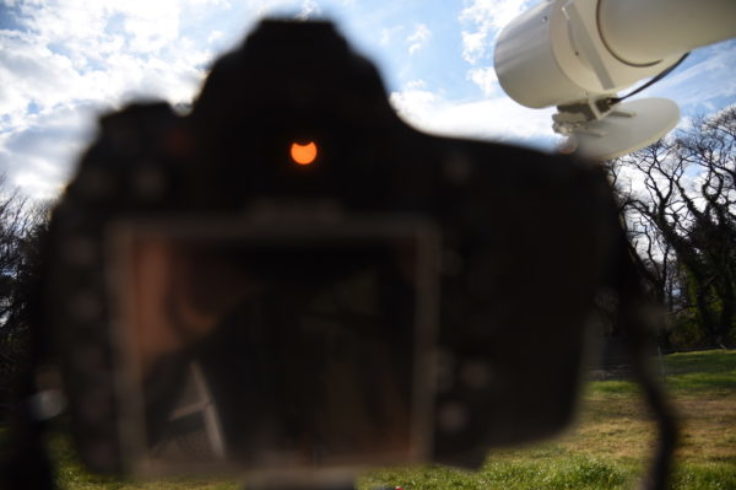