Transits of Venus in History: 1761

Read the next chapter in the history of the transit of Venus, the fantastic voyages of 1761. 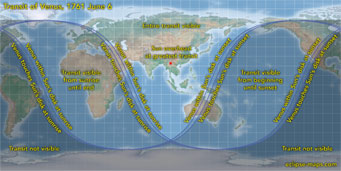 This map shows where the transit of Venus was visible in 1761. Expeditions were set to observe the transit from both hemispheres so that Halley's method could be used to measure the distance to the Sun.

With the scale of the solar system at stake, and knowledge of an upcoming transit in 1761, astronomers did something they wouldn't normally have done: they actually tried to cooperate across borders. European powers such as Great Britain and France held colonies and trading posts all over the world, so astronomers were motivated to organize the first international scientific project in human history: sending expeditions of highly competent astronomers and support personnel to various locations around the world, equipped with telescopes, pendulum clocks, and other quality instrumentation. Astronomers could combine measurements from far-flung locations to determine the a.u.

But then a nasty little war happened to intervene. Known as the Seven Years' War (or the French and Indian War in the U.S.), Britain and her allies engaged in a bitter struggle with France and her allies for worldwide maritime supremacy. The first global war, it raged from 1756 to 1763. The British eventually gained the upper hand (taking possession of Canada in the process), but astronomers were among the losers. With warships roaming the oceans and bombarding coastal cities, transit expeditions became more expensive, complicated, and hazardous,

A case in point was a British expedition to Sumatra (an island in modern-day Indonesia) funded by the Royal Society and led by astronomer Charles Mason and surveyor Jeremiah Dixon (the two who would later become famous for marking the boundary between Pennsylvania and Maryland). Just 24 hours after departing from Portsmouth, their frigate, the HMS Seahorse, was attacked and seriously damaged in a battle with the more heavily armed French frigate L'Grand. Mason and Dixon hunkered down in the bowels of their ship and listened to their fellow crewmen scream in agony as they were cut down by artillery and musket fire. Overall, 11 British sailors died and 37 were wounded. After an hour of fierce combat, the Seahorse was forced to return to port (but not before giving chase to the fleeing L'Grand).

As any sane person can imagine, Mason and Dixon lacked enthusiasm for another trip. But threatened with prosecution and severe punishment if they didn't try again, Mason and Dixon set sail once their ship was repaired. This time they avoided contact with French ships. But as they were sailing southward in the Atlantic, they realized they had no chance of reaching Sumatra in time for the transit. So they showed up unannounced at the Dutch colony of Cape Town in modern-day South Africa. The Dutch were neutral in the war, and the colonial administrators were sympathetic to the scientific nature of the expedition. The team was permitted to disembark and set up their equipment. Mason and Dixon caught the second half of the transit, the only successful observation of the 1761 transit from the Southern Hemisphere.

Employing a slightly different triangulation method proposed by Joseph-Nicolas Delisle (1688-1768), the French sent out four major expeditions for the 1761 transit. 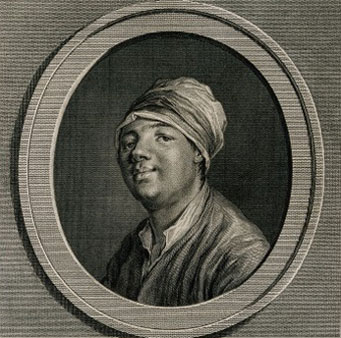 The highly competent astronomer Jean-Baptiste Chappe d'Auteroche (1722-1769) was selected to lead an expedition to the Russian town of Tobolsk, east of the Ural Mountains. Trekking overland across Russia's frozen wilderness during the winter of 1760-61, the expedition evaded packs of wolves and navigated rivers filled with ice, but eventually reached its destination in time for the transit. But once in Tobolsk, superstitious local peasants blamed the strange foreigners for the high levels of flooding that spring, so Chappe and his colleagues required protection from Cossack soldiers. Fortunately, the weather was clear on transit day, and Chappe acquired excellent measurements of the entire event.

But it was another expedition, led by the astronomer with the interminably long name of Guillaume Joseph Hyacinthe Jean-Baptiste Le Gentil de la Galaisière (1725-1792),that generated the most fame. 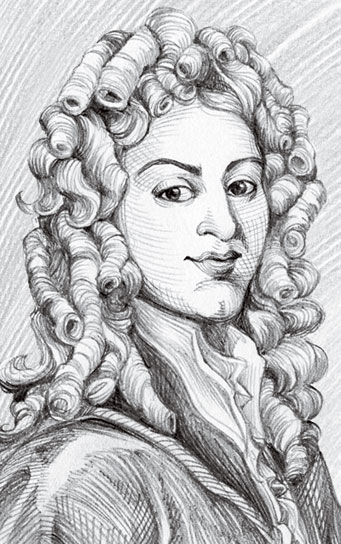 The French Academy of Sciences ordered Le Gentil to the colonial port of Pondicherry, on the east coast of India. Le Gentil initially sailed to the French-held island of Mauritius (then known as the Isle de France) in the Indian Ocean. There, he learned that the British were besieging Pondicherry. Le Gentil boarded the French frigate La Sylphide, which would sail to the port city in an effort to relieve the siege. But due to a lack of winds, the ship fell behind schedule and drifted up the coast of Africa. When they finally reached the port of Mahe on the west coast of India on May 24, 1761, the ship's crew learned that Pondicherry had fallen to the British. Dutch authorities confirmed this news six days later when La Sylphide reached Ceylon.

La Sylphide headed back to Mauritius, forcing Le Gentil to observe the transit in the middle of the Indian Ocean. The weather was perfectly clear for the entire duration, but with the ship bobbing up and down on waves, Le Gentil was unable determine his longitude or make timing measurements with the necessary precision to make his observations scientifically useful. But this was only the start of Le Gentil's incredible adventure. 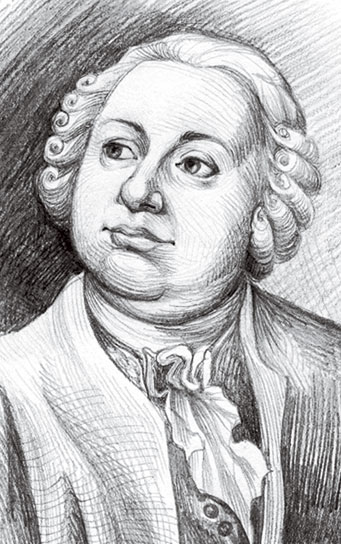 Lomonosov was credited with discovering Venus's atmosphere during the 1761 transit of Venus, but whether he truly made the discovery is now open to debate.

Meanwhile, the great Russian scientist Mikhail Lomonsov (1711-1765) observed the transit from St. Petersburg. Using a 4.5-inch refractor, he later described a thin arc of light around Venus during ingress and egress. He interpreted this arc as the result of sunlight refracting through a dense atmosphere, concluding in his paper: "Planet Venus is surrounded by a significant air atmosphere, similar to if not even greater than that which bathes our terrestrial globe."

Although the St. Petersburg Academy of Sciences distributed 200 copies of Lomonosov's paper (translated into German) throughout Europe, it went unnoticed, and was forgotten until the mid-1950s. Eventually, the paper was rediscovered and Lomonosov was credited with the discovery of Venus's atmosphere. But new scholarship from Jay Pasachoff and William Sheehan has cast doubt on this discovery. The two American astronomers argue that Lomonosov did not actually see this effect, since his report did not resemble what we now know the atmosphere would have looked like. The question of who should be credited with the discovery of Venus's atmosphere remains open, and it may never be resolved to everyone's satisfaction.

Unfortunately, the many 1761 transit expeditions were unable to nail down the astronomical unit. All observers noticed a thin bridge of darkness that connected Venus to the Sun around the times of second and third contact. This black-drop effect led to significant discrepancies in timing measurements, throwing off calculations of the astronomical unit enough to prevent Halley's desired precision.