When it comes to "eyeball astronomy," nothing is more satisfying than to see a pair of celestial objects appear close together in the sky, what astronomers call a conjunction. And 2015, notes S&T's longtime contributing editor Fred Schaaf, truly deserves to be called the "Year of the Conjunctions." In January we watched Venus and Mercury come together in the evening twilight, and this month features a similarly close and prolonged pairing of Venus and Mars.

The two worlds have been edging closer together all month. Venus has become obvious in the southwest after sunset, and it's been climbing a little higher week by week. Mars, meanwhile, has lingered in roughly the same part of the post-sunset sky for several months, refusing to depart. Last week Mars was about 8° above Venus, but for a 9-day run beginning February 17th, the two remain within 2° of each other. That separation shrinks to less than 1° from the 20th through the 23rd.

The climax comes on February 21st, when the two planets are just 0.4° apart at dusk, as seen from the Americas. Since the pairing is so close, Schaaf cautions, "little Mars might be hard to see in Venus's glare without optical aid."

Both worlds will fit together in a medium-power telescopic view, with Venus clearly dominant — nearly 100 times brighter. Its dazzling yellow-white disk, shining at magnitude –3.9, is 12 arcseconds wide and 88% illuminated, whereas peach-colored Mars is much dimmer, magnitude +1.2 or +1.3, and just 4 arcseconds across.

As an added bonus, a thin crescent Moon is passing through this celestial scene. It clusters dramatically with the two planets in the deepening dusk on February 20th one day before Venus and Mars are closest. Get those cameras ready!

The dance continues through the end of February, when Mars is still within 4° of Venus. But by then the ordering has switched, with Mars lower down. Yet the Red Planet refuses to exit the evening stage. Watch carefully these coming weeks, and you'll see it seemingly slide to the right (northward) relative to the sunset point — yet not really get any lower!

Keep tabs on all the year's celestial comings and goings with the 2015 edition of Sky & Telescope's Skygazer's Almanac, available as a limited-edition wall chart that measures 22 by 30 inches.

Kelly, I think you mean 'the moon clusters dramatically with the two planets on February 20th', i.e one day before closest approach on the 21st. 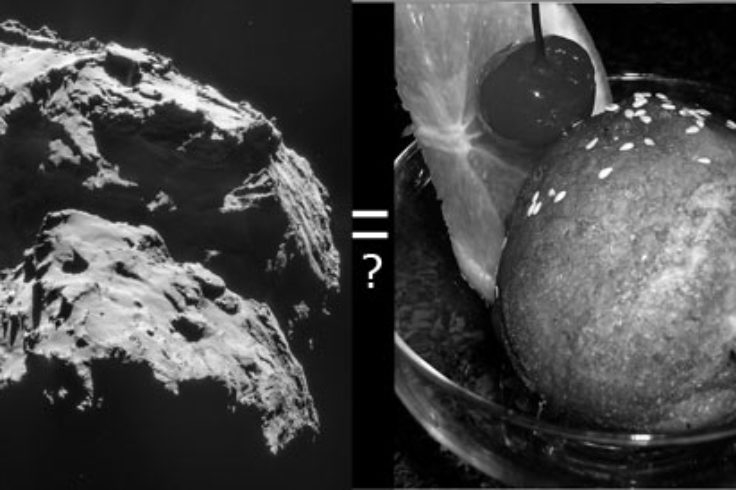