Watch a Star Wink Out on August 10th

On the evening of Wednesday, August 10th, the dark edge of the waxing gibbous Moon will cover the 2.9-magnitude star Pi Sagittarii for the eastern half of North America. Because the Moon will be 92% illuminated, binoculars or a telescope will be needed to see the star through the Moon's dazzling glare.

It's always exciting to watch a star wink out, and this occultation is particularly interesting because Pi Sagittarii is an extremely tight triple star, just a bit too close to split with any conventional telescope even in perfect conditions. However, there's a good chance that the star will appear to dim once or twice before it winks out completely, as the various components are covered in quick succession. Accurate timings of these events can yield important information about such tight multiple stars. 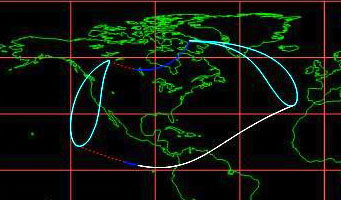 The occultation takes place in a dark sky along the white line, in twilight along the blue lines, and in daylight along the dotted lines. The dark-sky zone in the U.S. coincides roughly with the Eastern Time Zone.

The occultation starts in broad daylight in the western U.S., in twilight around 8:30 p.m. CDT in the Midwest, and as late as 10:30 EDT in Maine. The reappearance of Pi Sagittarii is visible over a wider area, but it's much tougher and less exciting to observe, since the star reappears next to the Moon's bright edge. It's also very hard to make sure that you're looking at exactly the right place and time to see the star reappear.

See International Occultation Timing Association webpage for the precise circumstances at specific locations. The Sun latitude is listed when it's between 6° and 12° below the horizon — the band where twilight will interfere with observing the occultation but not prohibit it. Locations where the occulation occurs in daylight or civil twilight (Sun less than 6° below the horizon) are omitted. If the Sun altitude isn't listed, the sky will be dark enough to observe the occultation easily.

See our Occultations section for articles detailing the how and why of occultation observing.

New to this astronomy thing. Just watched pi sgr wink out, went out like a light! Very cool, thanks for bringing this up.

I saw it too, from the New Jersey suburbs of Philadelphia, with my 80 mm refractor at 120x. At about 10:11 pm, Pi Sgr abruptly disappeared into the darkness of the unilluminated leading edge of the nearly-full moon. To me, there was no apparent step in the brightness drop, the disappearance seemed instantaneous.

Since I already had the scope out, I checked back at 11:22 pm for the reappearance. Using SkyTools as a guide, I had a good idea of where it would pop out on the illuminated trailing edge, and indeed that's where it appeared.

Thanks for this observing alert!

I hooked my Nikon D90 to my 6" newt and recorded the event. As a bonus I caught a plane transiting the Moon a few seconds after the star blinked out. 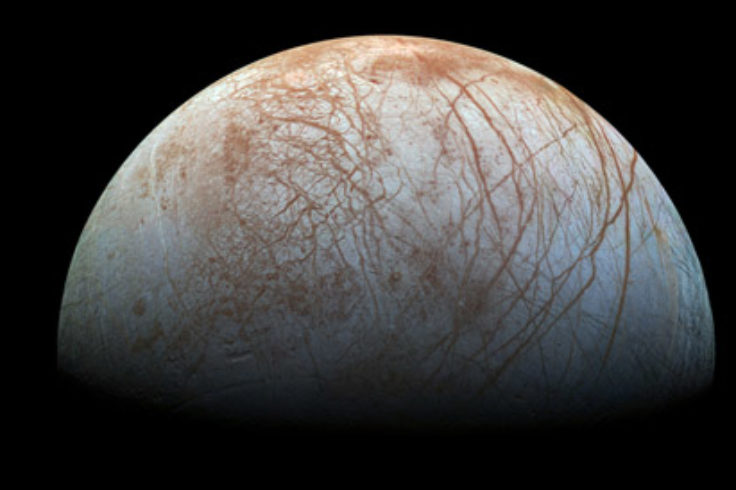 Why Are the Galilean Moons So Massive?