The orbiting science laboratory begins a series of marathon passes this week that favor the northern hemisphere.

It's the surefire highlight of any public star party, and you won't find it at the eyepiece.

This means we're in for multiple visible passes of the ISS worldwide. The ISS leaves the dwindling shadow of the Earth later this week on Thursday, May 26th at 13:14 Universal Time (UT), and doesn't enter it again until more than four days later on May 30th at 19:25 UT. This occurs twice a year within a few weeks of either solstice. The May through July season favors the northern hemisphere, and the November through January season favors the southern hemisphere.

In fact, you may just see the ISS more than once on the same night. The ISS orbits Earth once every 93 minutes at an altitude of 251 miles. For example, the United Kingdom, which sits along latitude 50° to 60°N, can witness four to five passes of the ISS in a single night. A UK satellite hunting friend of mine, David Daniels (@OzoneVibe on Twitter) has suggested we term this phenomenon a FISION (Five ISS Sightings In One Night).

Why the high inclination orbit? The station's 51.65-degree inclination is a direct result of international cooperation and assures that spaceports worldwide have access to the ISS. The core Zarya module for the station was launched from the Baikonur Cosmodrome in Kazakhstan (46°N) on November 20, 1998. Back during the age of the space shuttle, you could tell when a shuttle was headed to the station by its launch azimuth — it would chase after the ISS up the U.S. eastern seaboard.

As a happy result of this high-inclination orbit, the ISS is routinely visible to more than 99% of humanity. The station reaches an elevation of greater than 10° above the horizon between latitudes 63°N and 63°S.

The ISS can shine at magnitude -5 when it passes directly overhead — brighter than Venus. Using 15x45 imaged-stabilized binoculars, I can just make out the beginnings of the structure of the ISS. Depending on its orientation, the station can look like a tiny box or a small glowing Star Wars TIE fighter on a good pass.

NASA calls this time of year "high beta angle season," referring to the steep angle between the station's orbit and the Sun. Though good for groundbased observers, continuous exposure to sunlight (and heat) poses potential problems in space, so NASA typically feathers the giant solar arrays of the station to create artificial shadows and cool the station.

The best way to know when the station is visible is to utilize one of the many tracking websites or apps out there. The Heavens-Above website is a great standby, and now has an app available for Android. Iphone users favor ISS Spotter and ISS Detector, and NASA's Spot the Station offers email alerts. And Sky & Telescope's Satellite Tracker and Transit Tracker tools will provide predictions for not just for upcoming passes, but for upcoming transits as well, such as when the ISS passes over the face of the Moon.

Be patient during your ISS vigil. The station will typically become apparent about 10° above the horizon under clear skies. The station will appear to move slowly at first, picking up speed as it passes directly overhead. This apparent change is an illusion, as the ISS is about 500 miles away when first sighted near the horizon coming at you, but only 250 miles away overhead. And remember, while aircraft generate their own blinking lights, satellites like the ISS are so high overhead, they shine via reflected sunlight that's still passing over the curve of the Earth.

Looking for a challenge? Catching a transit of the ISS across the face of the Sun or Moon is fun to try. To do this, you'll need to know when a given transit occurs from your location at an exact time. This might not happen right in your backyard — the path of an ISS transit over the Earth is only about seven miles wide — so be prepared to travel a bit. And keep in mind, the ISS crosses the 30' span of the Sun or Moon in just over a second. Not only that, but in most instances, it's invisible on approach. (The one exception is an illuminated pass of the Moon.) So timing is everything.

In addition to S&T's transit tool, CALSky also lists upcoming transits of the Sun and Moon by the ISS up to two days out and will generate email alerts for your location. But these predictions are subject to change: the station is periodically boosted using the thrusters of visiting spacecraft to combat atmospheric drag, and it occasionally carries out short-notice Debris Avoidance Maneuvers (DAMs) as well. These maneuvers can shift the prospective path of a transit at the last moment. Likewise, the orbit of the ISS evolves over time, and it generally takes a day or so for updates provided by the U.S. Joint Space Operations Center (JSpOC) to percolate out to all of the various tracking platforms. Advanced satellite trackers generally go to NORAD's Space-Track site to get their orbital elements from the source.

June will also see busy times for the station. First, the next crewed expedition launches from Baikonur on June 24th, followed by a SpaceX Falcon 9 launch of CRS9 on June 27th. Then on July 7th, the Progress 64P resupply vehicle heads towards the ISS. It's worth watching passes of the ISS right around this time, as spacecraft approaching and departing the station will appear as +2 magnitude "stars" following the same path. The most dramatic rendezvouses to watch were back during the U.S. space shuttle program, which ended in 2011.

Be sure to keep an eye on the sky in the coming week, as multiple ISS passes light up the night sky.

Thanks David. I never knew this about the ISS. I couldn't visualize the beta angle, so I did a quick internet search and found this news article about the ISS that has a couple of helpful illustrations:

I enjoy standing on the sidewalk in front of my home, pointing out the ISS to unsuspecting passersby.

I've seen five (5) ISS passes in a single night several times, but it's been at least a few years since I last did it. Thanks to the reminder from David's article, and satisfactory weather overnight, I just finished seeing an ISS Pentathon, five (5) passes on the night of May 27/28, 2016. I saw the first four from my front yard, but I went to a local field for the final one with the hope of spotting Mercury before sunrise, but alas, murky clouds along the horizon precluded that.

It was clear again last night (May 28/29, 2016), so I was able to see another five (5) ISS passes. The first and last were high passes and the brightest at magnitude -3.x. The first missed Jupiter by less than 6 degrees around 9:23 pm EDT (they just fit inside the 5.9 degree field of my 10x50s) and the last missed the third-quarter moon by less than a degree at 3:54 am EDT. I could have travelled 10 miles and watched the ISS transit the moon, but I didn't (I've seen a number of ISS lunar and solar transits in the past). 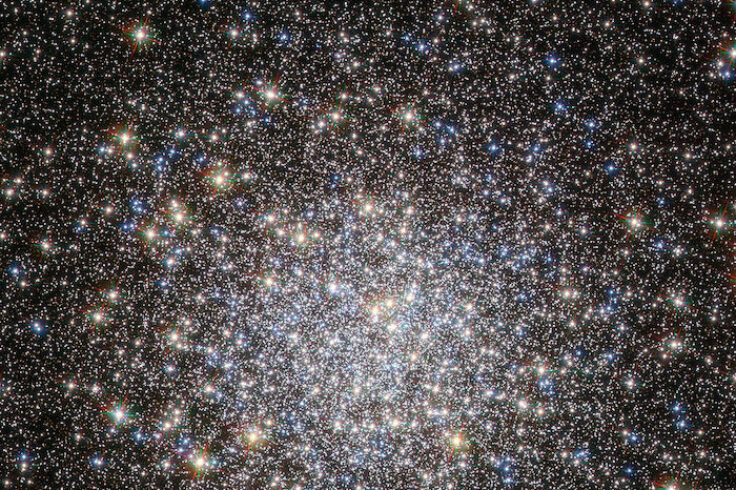