This 360° panorama was assembled from some of the first images beamed to Earth from NASA's Opportunity rover after it landed at Meridiani Planum on Mars.

NASA got a double dose of good news from Mars last night. The Opportunity rover landed successfully on Meridiani Planum and began sending back pictures of a dark, eerie landscape unlike any seen on Mars before. Meanwhile, engineers have regained control over the malfunctioning Spirit lander and are patching together workarounds for at least part of its problem.

Opportunity made a flawless landing despite the high altitude and very thin atmosphere of its chosen site. Meridiani Planum was selected partly for its richness in hematite, an iron-bearing mineral that on Earth forms usually (but not always) in the presence of water. For a tense six minutes the lander streaked through the atmosphere, deployed a parachute, fired retrorockets, and hit the ground encased in a bundle of airbags. It bounced and rolled, came to rest upside down, deflated the airbags, unfolded and righted itself, retracted the airbags under its base platform, and began taking pictures.

The first, raw images show dark, smooth dust or sand bearing marks made by the airbags, with outcrops of lighter bedrock toward the hilly horizons — the first actual bedrock seen on Mars. "I will attempt no science analysis because it's like nothing I've seen in my life," said
science-team leader Steven Squyres (Cornell University).

Meanwhile, 10,600 kilometers (6,600 miles) away, Spirit was showing signs of revival three days after suffering a mysterious nervous breakdown in its computer systems and losing most communications with Earth. Engineers have regained good contact with Spirit and have stopped it from rebooting 60
times a day. They have pinpointed at least part of the problem to a unit of flash memory; a workaround using other memory was what allowed Spirit's handlers to regain control.

"This is very good news," said project manager Pete Theisinger. Spirit's condition, he said, "has been upgraded from critical to serious," though the rover is probably "three weeks away from driving." 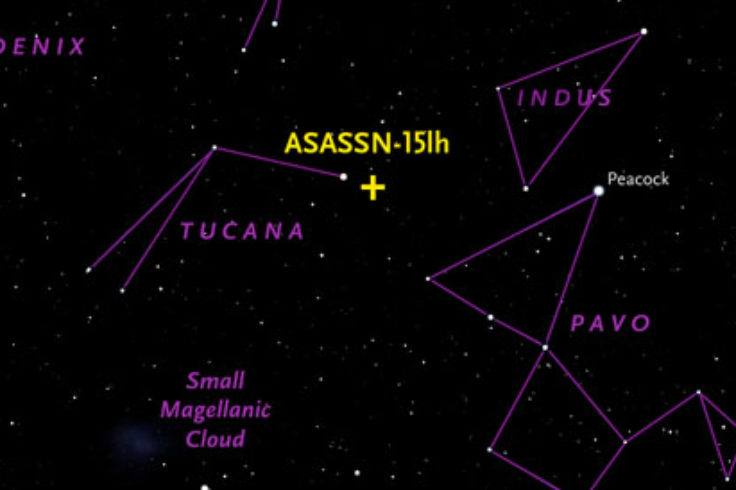 The Most Luminous Supernova