Over the years I've seen dozens of partial lunar eclipses. They're exciting, they're pretty — but scientifically useful? "No way," I used to say. 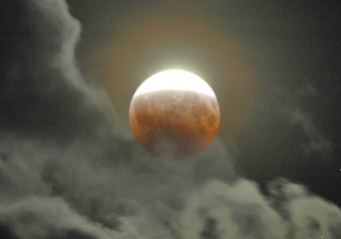 During last August's partial lunar eclipse, the partly covered Moon peeked from behind drifting clouds as seen from Doverodde, Denmark.

Then I read an article in June 11th's Nature by an observing team led by Enric Pallé (Instituto de Astrofísica de Canarias). He and four colleagues did something that, apparently, hasn't been attempted in more than 80 years: they recorded the lunar spectrum during last August's deep partial eclipse.

So why do that? Because, as they explain, the dim light reflected off the lunar surface within the umbra is sunlight that has passed through Earth's atmosphere. It's literally the spectrum of Earth transiting the Sun, and that could prove critical as astronomers attempt to seek habitable Earthlike worlds elsewhere in space.

Of the 353 exoplanets tallied to date, 59 of them were discovered because they transit their host stars. In a few of these cases, astronomers have been able to divine hints about composition from the altered spectrum of starlight passing through the planet's atmosphere.

By recording Earth's visible and near-infrared spectrum as mirrored in the Moon, Pallé and his team hit the jackpot. Not only did they detect the absorption bands of biologically important gases (water vapor, oxygen, carbon dioxide, and others), but these spectral fingerprints proved more obvious that expected and, critically, stronger they appear in sunlight reflected directly off Earth's atmosphere.

A spectrum of the lunar surface within Earth's umbra reveals absorptions from key gases in our planet's atmosphere.

Enric Pallé and others / Nature

Most interesting to me was the detection of both oxygen and methane. These two gases can't coexist without reacting, so methane's presence must be continually replenished somehow. On Earth, the principal sources of atmospheric methane are decaying organic matter and flatulent livestock. What manner of strange organisms might be exhaling methane on some alien Earth?

So the next time you gaze upon the lunar disk swallowed by Earth's shadow (which won't occur until December 2010), just remember that it's not just a pretty sky show — there's real science in that dim, ruddy light.

Very easy !? "...within the umbra is sunlight that has passed through Earth's atmosphere..."

Nigel,
You have missed the point. The umbra is light (not gas) that has passed through the earth's atmosphere. That light is filtered by organic compounds in our atmosphere giving the "ruddy" color we see on the moon during an eclipse. By viewing the spectrum of light that we see from planets that occult or eclipse other stars, we may be able to calculate the atmospheric content of those planets. In doing so we may find evidence of life on those planets. The article clearly makes this point.

Thank you Robert. Forgive me for being a novice here. I know that the umbra is not gas. I got lost as to how the gas came into the picture. Anyway, I should have known better since I know enough to figure it out if I had really think about. I understand it now. Your explanation is clearer than the article. After re-reading the article now, it's ok but obviously not written for novices.

Sorry author, Kelly Beatty. I should have given it more thought and phrase my question appropriately instead of bashing. I apologise.

W. Shakespeare had the color right:
"The moon looks bloody on the earth"
[Welsh Captain to the Earl of Salisbury, listing the dread omens that foretell "the death or fall of kings".] 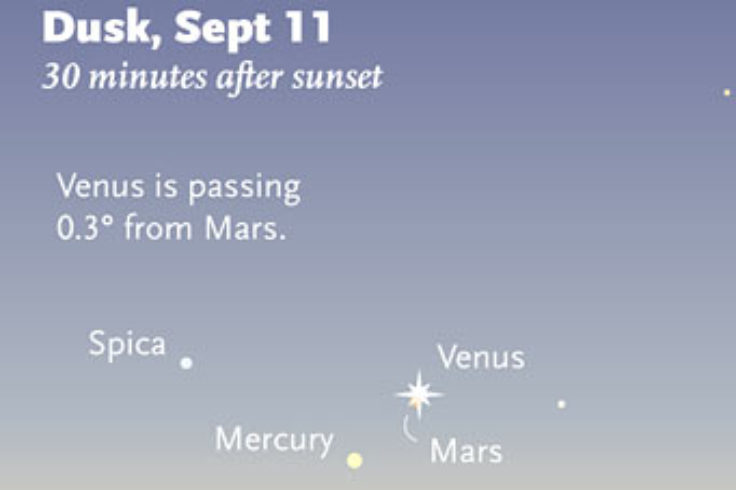