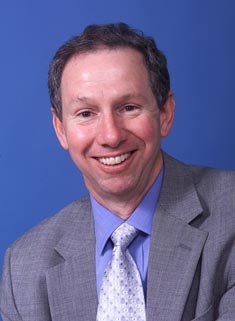 If confirmed by the US Senate, physicist-engineer Michael D. Griffin will be NASA's next administrator. He currently heads the Space Department at the Johns Hopkins University Applied Physics Laboratory.

President George W. Bush today nominated physicist and aerospace engineer Michael D. Griffin to serve as the next administrator of NASA. Pending confirmation by the US Senate, Griffin will succeed Sean O'Keefe, who resigned from the space agency in mid-February. He'll take the reins from acting administrator Frederick Gregory, a former astronaut and O'Keefe's deputy.

Unlike O'Keefe, who came to NASA from the Office of Management and Budget, Griffin has extensive experience in the space program. He currently heads the Space Department at the Johns Hopkins University Applied Physics Laboratory, which is developing missions to the planets Mercury and Pluto. He has also worked at NASA's Jet Propulsion Laboratory and the private space-industry firm Orbital Sciences Corporation. In the early 1990s he was an associate administrator for exploration at NASA Headquarters, and in the 1980s he was a technology manager in the Strategic Defense Initiative.

Griffin recently participated in a study of the Bush administration's "Vision for Space Exploration" under the auspices of the Planetary Society. The group's final report recommended phasing out the Space Shuttle sooner than the president's proposed date of 2010, accelerating the development of a new piloted space vehicle, and curtailing spending on the International Space Station (ISS) to help fund future missions to the Moon and Mars. In testimony before the House Science Committee on March 10th last year, Griffin said, "It is beyond reason to believe that ISS can help to fulfill any objective, or set of objectives, for space exploration that would be worth the $60 billion remaining to be invested in the program."

Those eager to know whether Griffin will manage NASA from that perspective and/or revisit his predecessor's controversial decision to cancel further servicing of the Hubble Space Telescope will have to wait for his confirmation hearings to find out. JHU/APL spokesperson Helen E. Worth told Sky & Telescope, "Dr. Griffin has been instructed not to conduct interviews during the nomination process."

At least one senator has already gone on record in support of Griffin. "Mike Griffin is an outstanding choice," said Sen. Barbara Mikulski (D-Maryland), ranking minority member of the Senate appropriations committee that funds NASA, in a prepared statement distributed to the news media. "He has a proven record of leadership and a passion for science and exploration. I welcome his nomination."