The old saying "Whatever goes up must come down" doesn't always apply to spacecraft, but it does most of the time. And, to be honest, old satellites, rocket parts, and big chunks of orbiting debris come crashing back to Earth almost weekly without much notice. Only several dozen space scraps have ever been found after reentry despite thousands of launchings. The two credible reports I could find of someone being hit by falling space debris involve five Japanese sailors injured by a Russian reentry in 1969, and the tiny piece of a Delta II's fuel tank that glanced off Lottie Williams in Tulsa, Oklahoma, in 1997. 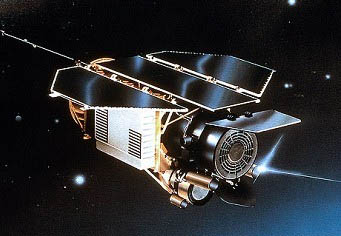 Germany's Röntgensatellit (known as Rosat) started its mission in an orbit 360 miles (580 km) high. But it's predicted to reenter Earth's atmosphere in late October 2011.


DLR
That's why you didn't see anything here about the over-dramatized reentry of NASA's Upper Atmosphere Research Satellite last month — and nary a word about a 6-ton Chinese rocket booster that fell to Earth a week ago.

But the situation with Röntgensatellit (usually called Rosat) is worth mentioning, because this time the doomed craft is a German-built X-ray observatory launched by NASA in 1990. Its total mass is nothing special, just 2½ tons (less than half that of UARS). But much of that is concentrated in the telescope itself, which consists of two sets of nested mirrors made of gold-plated Zerodur bonded to a carbon-fiber structure. 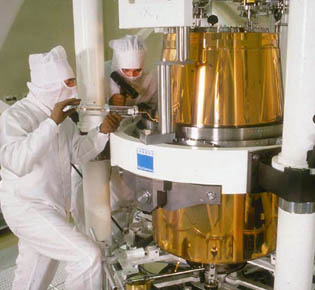 Rosat employed gold-plated ceramic glass mirrors, four hyperboloids and four hyperboloids, nested in two sets. Such a grazing-incidence arrangement, known as a Wolter type I configuration, is necessary to bring X-rays to a focus.

Zerodur is an ultralow-expansion ceramic glass, much like the shiny-smooth surface found on modern stovetops. With a melting point of 1,100°F (600°C), it's unlikely to bubble into oblivion during reentry.

An analysis by the European Space Agency's Space Debris Office suggests that the spacecraft could begin to break apart at an altitude of about 65 miles (105 km). But the entire mirror assembly — 1.6 metric tons in all — should hit the ground intact at hundreds of miles per hour. Up to 29 other fragments, totaling another 200 pounds (100 kg), might survive the white-hot descent as well.

As was the case with UARS, Rosat has no propulsion system on board and so there's no way to control where and when it falls to Earth. Rosat's orbit is inclined 53° to the equator, putting virtually all inhabited areas at some risk. According to ESA's Heiner Klinkrad, the odds of anything striking somewhere in Germany (or in a comparable target area, say, Montana) are about one in 580. 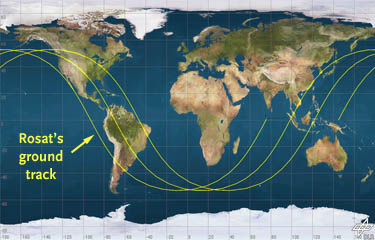 With an orbital inclination of 53°, Rosat could fall anywhere in latitude between southern Canada and the tip of South America. Three representative orbits are shown.

"One day before Rosat reenters, we will be able to predict its landing with an accuracy of within one orbit," Klinkrad says. That's still an hours-long window covering a wide swath of land and ocean. As of this morning, the oddsmakers had pegged Sunday morning, October 23rd, as the most likely reentry time. But that prediction is still considered uncertain by ± 72 hours.

In a way, it's sad that hard-working satellites like UARS and Rosat only make the news when they fall from the sky in pieces. They deserve better. Measurements from UARS helped unlock the secrets of how chlorine-based gases create the atmosphere's ozone holes and allowed scientists to track the spread of sulfurous gases from Mount Pinatubo's titanic 1991 eruption. 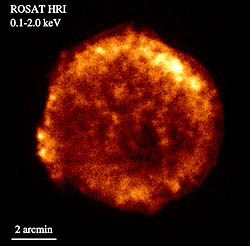 This is a High-Resolution Imager (HRI) observation of the expanding bubble of a supernova observed by Danish astronomer Tycho Brahe in 1572.

Likewise, during its eight years of service, Rosat gave astronomers an important window on the X-ray universe (Röntgenstrahlen is the German word for X-ray). Its wide-field camera, supplied by British researchers at the University of Leicester, surveyed the entire sky. More importantly, a high-resolution imager, built by a NASA-funded team at the Harvard-Smithsonian Center for Astrophysics, zeroed in on thousands of million-degree-hot cosmic phenomena such as active galactic nuclei, neutron stars, and supernovae remnants. It even discovered, astoundingly, that some comets emit X-rays.

Operations came to an abrupt, premature end in September 1998, when Rosat's orientation system malfunctioned and caused the telescope to point directly at the Sun, which damaged the high-resolution imager beyond repair. Ground controllers shut down the craft for good the following February.

Officials at DLR might not be able to pinpoint the time and location of forthcoming Rosat's demise, but I'll give them credit for putting together an informative website (much of it in English) about the reentry and the observatory's accomplishments.

One last thought: Given all the hubbub regarding these two modest scientific satellites, I can't wait to hear how NASA plans to bring down the International Space Station when its time comes a decade or so from now. At the moment, there's no specific plan, though the project's partners are "committed to a controlled deorbit when the time comes," notes Nicholas Johnson, chief scientist for NASA's orbital-debris team.

Sooner or later, a piece of a satellite will hurt someone, and then there will be a huge anti-space-science uproar. Never mind that maybe 10 people out of 7 billion get hurt.

That's an observant comment. It never ceases to amaze me how sensational the media is; the chances of this happening are thousands of times less than winning the lottery, yet they will have a field day with it. Sad, really...

1 Rontgen is not Xray in german. Rontgen is the man who discovered Xrays.

2. Odds and chances are NOT the same; they are related reciprocally.

3. The CHANCE of hitting a seven at craps is 6 out of thirty six The ODDS against are 5 to 1.

Please do not use odds and chances as if they are the same.
THEY are NOT!!!!

Correction to your correction: " ....Röntgenstrahlen is the German word for X-ray" is in fact correct. Also correct is that Röntgen discovered it. Literally Röntgenstrahlen means the 'rays of Röntgen'.

"Most experts agree that re-entry﻿ will occur during the early hours of Oct. 23rd over a still-unknown region of our﻿ planet." quoted from spaceweather website.

If they know this and can track it then if it is possible to track it they must know know where AS IT SPECIFIES WHAT TIME it's coming by saying "the early hours" I mean to say early hours where? Nasa hq or Germany or where?

There should be no problem if there is they will try to sue anyways. Why not, I got a $100,000 from my neighbor when I stubbed my toe on his sidewalk the edge was sticking up to much so he got what was coming. 🙂

Never mind hitting a person, what if it hits one of those rare frogs or that horn owl thingy. Then Nasa will be in hot water...lets keep our fingers, toes and eyes crossed. :/

I see NO useful information on the ROSAT web site! We are well within the supposed 72-hour prediction limit, and all that they can post is an orbital map that is too small to read? I see NO indication of where the satellite will be when!

In the future, I think that satellites ought to be boosted into a high, stable orbits or lunar orbits when they outlive their usefulness. As this would be expensive, the satellite would then become the property of whoever boosted it. Some day, all of this "junk" could be quite valuable. If any of it could be re-used, it would save us the money of throwing it all back up there. If NOTHING else, perhaps the junk could be gathered and made into a cocoon or shield to protect inhabited spacecraft leaving the Van Allen Belts.

When you look at those images of aircraft actually flying its very impressive. You see an image of north america with hundreds of little dots. Each dot is an actual plane flying. It seems to me that with so many planes up there at 30,000 feet or more these falling satellites posea serious threat. Based on the map shown here I would not like to be flying inside the zones shown anytime today or tomorrow.

In response to Cope Master:
Only in America are there people and a legal system that is so daft that someone gets an award of $100k because he tripped over the neighbor's pavement. Are they now going to start suing someone because there was no protection from being hit by falling meteorites?

The skies over Austin, Texas lit up this morning between 7:00 and 7:20 AM (CDT). A brilliant flash of light (moving in a north westerly direction), streaked across the otherwise empty morning sky for hundreds of miles. The resulting flash had enough intensity to cast shadows on the ground belowr. An enormous vapor trail lingered in the sky for minutes afterward. Could it have been ROSAT's reentry? 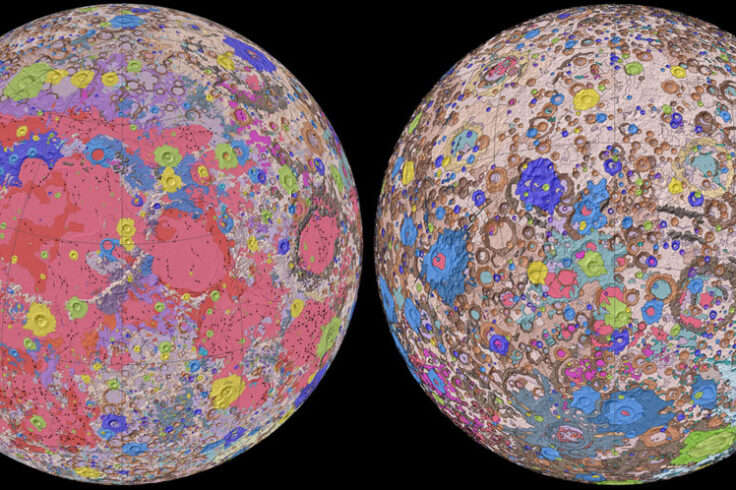 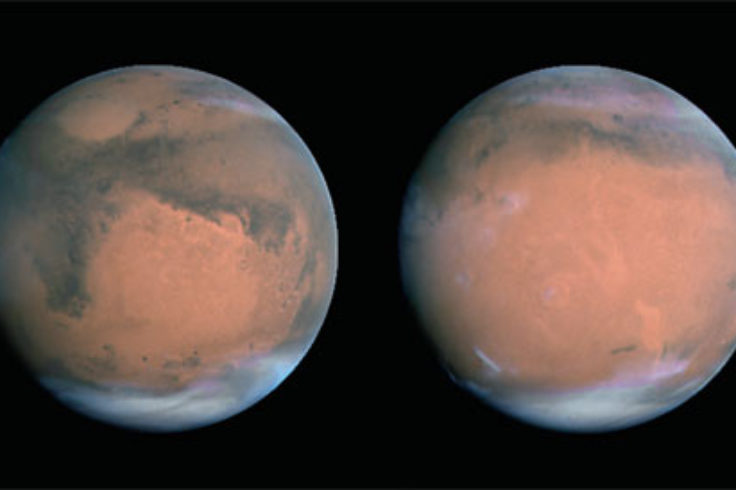