When you write for Sky & Telescope, you get to know a lot of astronomers. Many become friends. And when you've been at this as long as I have, well, sadly some of those folks pass away. 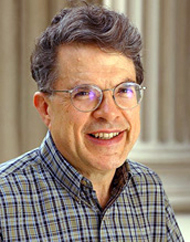 James Elliot, a professor of physics and planetary science at MIT, was a pioneer in using stellar occultations to study solar-system objects.

This last year has seen the departure of several astronomers I've known well: Brian Marsden, the solar system's traffic cop; John Huchra, a mapper of galaxies and former president of the American Astronomical Society; Tom Ahrens, who understood the physics of impacts inside and out; Don Hunten, a no-nonsense expert on planetary atmospheres; and of course Leif Robinson, my longtime mentor and boss at S&T.

The sad news just keeps coming, as I learned last week that Jim Elliot had died at age 67. Elliot specialized in outer-planet atmospheres at MIT, where he'd been a professor since 1978. He was especially adept at predicting and recording stellar occultations, using the disappearance of a star's light to coax secrets from solar-system bodies billions of miles away.

I first worked with Elliot on an article he'd written for S&T about the discovery of Uranus's ring system. On March 10, 1977, his team had witnessed an occultation by this planet while gliding over the far-southern Indian Ocean aboard NASA's Kuiper Airborne Observatory. 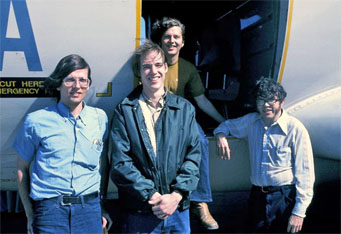 The science team that discovered the rings of Uranus (from left: Doug Mink, Ted Dunham, Tom Matheson, and Jim Elliot) poses in front of NASA's Kuiper Airborne observatory after their successful flight.

Always more than prepared, he'd insisted on locking onto the star long before its predicted disappearance, and, in doing so, the team unexpectedly recorded several brief outages due to the unseen rings. (If your S&T collection goes way back or you have the DVD set, the article appears in the June 1977 issue.)

That discovery brought Elliot not only scientific acclaim but also some time under the klieg lights. He made an appearance on the television quiz show To Tell the Truth, and the rings' discovery became an answer (or is it question?) on Jeopardy. 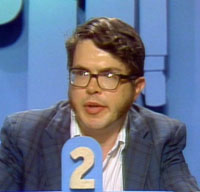 After leading the team that discovered Uranus's rings, Elliot made a guest appearance on the popular TV quiz show To Tell The Truth.

A decade later, I got to ride in the KAO on another one of Elliot's adventures. "We wanted to do something challenging," he told me at the time, "and the only thing left was Pluto." I caught up with the team in Honolulu, and together we flew toward a predetermined spot over the South Pacific.

In the wee hours of June 9, 1988, he and his student-heavy team scored again. Not only did they nail the occultation, but the light curve revealed that the star had disappeared and reappeared gradually. This meant only one thing: Pluto must have an atmosphere — extremely tenuous, but unmistakably real. (Read all about in the December 1988 issue.)

In between these airborne sorties, Elliot earned a reputation for the passion he brought to teaching. He insisted that his undergrads learn the ropes at MIT's Wallace Observatory, which he directed, and during summer stints he'd arranged at Lowell Observatory in Arizona. A true mentor, he was a staunch advocate for women in science.

"He loved to walk and hike," recalls Cathy Olkin, who earned her MIT doctorate under Elliot's tutelage in the 1990s. "We would take long walks in Boston and [at Lowell Observatory] in Flagstaff and discuss science, then get back to the office and be refreshed and ready to work." 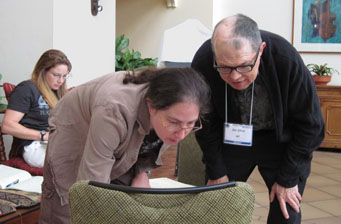 One of the last times I saw Elliot was, you guessed it, during an occultation. It was October 9, 2009, and we were in Puerto Rico for a planetary-science conference. The occulting object was a real prize: a sizable Kuiper Belt object, designated 55636, some 4 billion miles from the Sun.

The KAO had long since been decommissioned, and its replacement SOFIA was still under construction. But no matter: huddled together in a hotel lobby with former students Leslie Young and Amanda Gulbis, Elliot watched as observations from remote telescopes scrolled across laptop screens.

On that day, anyway, Elliot walked away empty-handed, as 55636 barely missed covering the target star as seen from their scopes. Fortunately, other observers fared better, and the published results included as coauthors several amateur astronomers that he'd recruited for the 55636 campaign.

By then we were all aware that Elliot had been battling brain cancer for some time. But he'd recovered from surgery well enough to resume the research he loved. The following June, scores of colleagues and former students returned to MIT for a symposium in Elliot's honor. Dubbed the "Jimboree" by organizers Olkin, Young, and Heidi Hammel, the gathering offered everyone a chance to reminisce — and to say goodbye.

Click here to learn more about this consummate observer and inspirational teacher. A gallery of snapshots collected for and from the Jimboree are here.