Back in the 1960s and '70s, interplanetary exploration was straightforward. The U.S. or U.S.S.R. would launch a probe to the Moon or Venus or Mars, it would arrive days or months later, send data to Earth, and the mission ended. Not so nowadays. A long-distance voyager can last for decades and have many encounters either before or after reaching the main target.

Take the case of NASA's Deep Impact spacecraft, whose claim to fame was the big copper bullet it fired into Comet Tempel 1 five years ago. Afterward, the craft was rechristened EPOXI and sent off to visit Comet Hartley 2 at close range this November 4th. The craft got a final push on June 27th, when it passed 22,900 miles (36,860 km) from Earth. This increased its velocity by about 1 mile per second and aligned the orbit for the coming flyby. 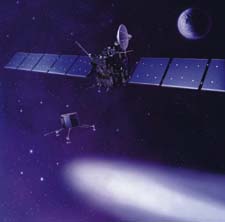 An artist's impression of the Rosetta spacecraft and its lander Philae approaching Comet 67P/Churyumov-Gerasimenko in 2014.

Today another spacecraft paid a house call en route to its destination. Rosetta, built by the European Space Agency to orbit and land on 67P/Churyumov-Gerasimenko in 2014, flew past asteroid 21 Lutetia at a range of just 1,965 miles (3,162 km).

This is Rosetta's second such flyby. It flew past 4-mile-wide 2867 Steins on September 5, 2008, a useful visit that was marred by problems with the high-resolution camera. The spacecraft has also brushed past Earth three times (most recently last November 13th) and Mars once.

I've been looking forward to learning more about Lutetia. Unlike prior flybys of some really minor "minor planets," today's target is a large, roughly spherical main-belt body measuring about about 80 by 50 miles (130 by 75 km). Another thing that sets this visit apart is that Lutetia is an M-type asteroid, based on the spectrum of its exterior. The "M" stands for metal, and Lutetia has a mean density of about 5½ g/cm3 — nearly twice that of ordinary rock. 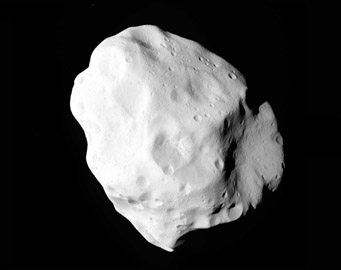 Rosetta's rendezvous was brief — the flyby speed was 10 miles per second — but even so mission scientists conducted a full battery of observations with the orbiter's instruments (and even three on the lander, named Philae). Lutetia appears to be very much as expected, at least in terms of size shape. It's lumpy and cratered, as we've come to expect asteroids to look. It'll be interesting to see what the highest-resolution images turn up, what compositional details can be gleaned from its spectrum, and whether it's magnetized!

ESA does a nice job with the public-relations aspects of its missions. You can read a nice fact sheet about Rosetta. And video from today's encounter was streamed live over the Internet, resulting in a nifty you-are-there animation of approach images, and you can get late updates from the Rosetta blog.

By the way, Lutetia was discovered on November 15, 1852, by Hermann Goldschmidt in Paris — not from some heavy-duty observatory but instead from the balcony of his apartment! 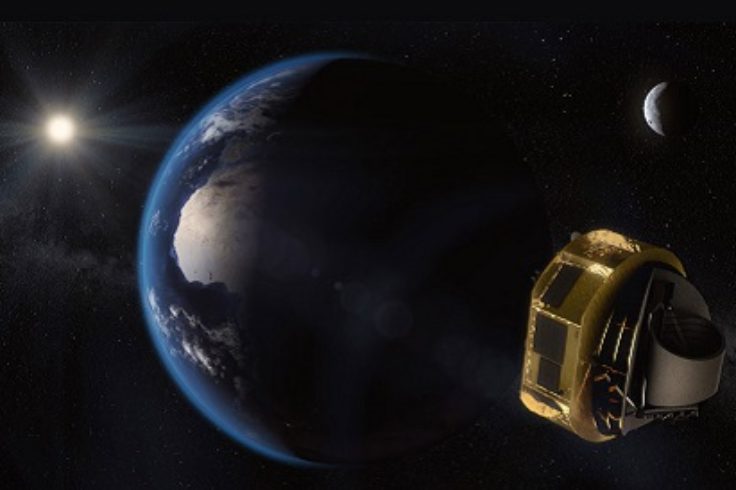 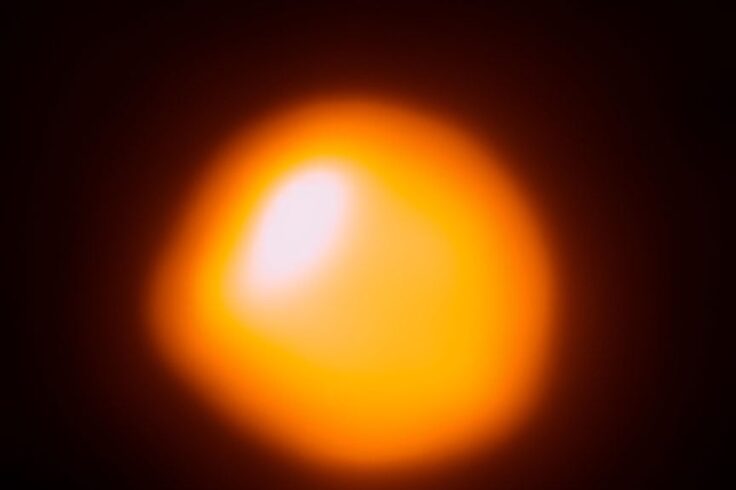 How Big Is Betelgeuse Really?