I wouldn't be surprised if the definition of "planet" comes up again at this year's triannual General Assembly of the International Union. And, while they're at it, the world's astronomers might want to ponder the definition of "moon" too. 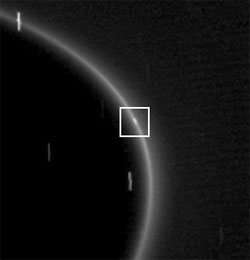 Saturn's newest satellite discovery, S/2008 S 1 (in boxed area), is less than a mile across and lies embedded within the planet's G ring. Scientists believe debris blasted from its surface is the source of the ring's particles. The Cassini spacecraft obtained this image in October 2008. Click here to see a trio of images taken 10 minutes apart.

Case in point: Yesterday the IAU's quaintly named Central Bureau for Astronomical Telegrams announced the discovery of Saturn's 61st known satellite. It cropped up in images taken last August 15th by the Cassini spacecraft. For now, it'll be designated S/2008 S 1. (Decoding that, "S/" means it's a planetary satellite, "2008" indicates the year of the discovery, "S" is for Saturn, and "1" means it's the first such discovery made last year.)

This little rock — and I use that term loosely, because it might be just a barely-together pile of rubble — has an estimated diameter of just a couple thousand feet across (½ km). It's so small that the discovery's estimated size is really just a guess based on its brightness compared to another tiny Saturnian moon named Pallene.

Tiny as it is, S/2008 S 1 does have a claim to fame. Its orbit averages 104,000 miles (167,500 km) from Saturn's center, circling between somewhat larger Janus and Epimetheus (just beyond the A ring) and much larger Mimas. This also places it near the inner edge of Saturn's G ring and, as the image shows, smack in the middle of a bright arc within the ring.

You can see the new find's orbital relationship with other Saturnian moons — and in fact keep tabs on our planetary system's entire inventory of natural satellites — here.

As Cassini imaging leader Carolyn Porco (Space Science Institute) and her team conclude, this object must be partly if not wholly responsible for the ring's existence. Over time tiny impacts blast bits of dust off the moonlet's surface, which eventually spread out to form the ring. You can find out more about S/2008 S 1 in this NASA press release and at the Cassini imaging team's website.

Oh, and if any IAU officials are reading this, I propose the following size hierarchy for solar-system moons: planetoids, dwarf, moonlet, and dustballs.

Everybody knows that there are only 4 planets in our solar system: Mercury, Venus, Earth, Mars.

Since the application of an adjective removed "dwarf planets" from planethood, so must giant planets be demoted.

Clyde said it was a planet. I liked Clyde. It's a planet!

Glad I could help.

Further to Tim Parker's comment, he didn't go far enough. There are no planets in the solar system. Having removed dwarf planets and giant planets he must go the whole hog and remove rocky planets. QED 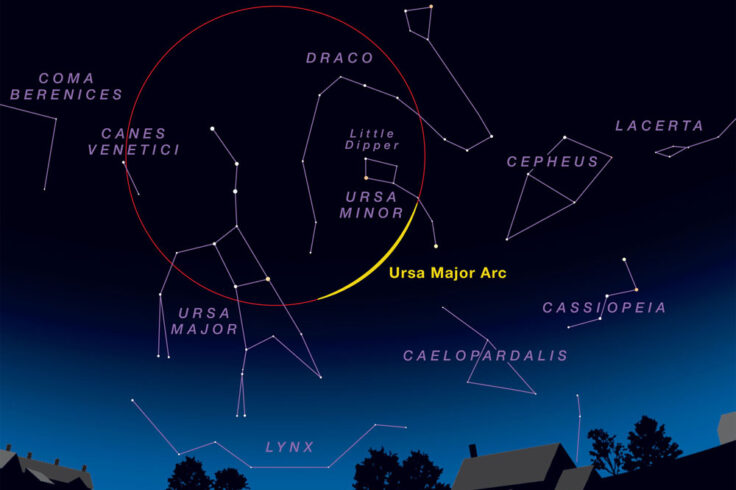