Astronomers have produced an exquisite movie of another star’s rotating surface.

Twinkle, twinkle, little star . . . We all know how that one goes. Stars, big and small, young and old, vary in brightness. There are many reasons behind these variations, among them the very slight and sought-after dimming due to a transiting exoplanet. But far more common than exoplanets are spots.

Starspots form on a star’s visible surface and are typically a few thousand degrees cooler than their surroundings. Strong magnetic fields trap plasma in these regions, lowering both their temperature and brightness. Astronomers have traced sunspot behavior for centuries, studying how spots’ presence, lifetimes, and locations reveal information about the Sun’s magnetic activity. But only rarely have we inferred the presence of spots on other stars.

Recently, a team of astronomers led by Andreas Künstler (Leibniz Institute for Astrophysics Potsdam) used a fascinating technique to investigate spots on a red giant star 520 light-years away named XX Trianguli, already famous for its super-starspot spotted in 1999. The team published their observations and the resulting detailed measurements of the star’s magnetic field in the June 2015 issue of Astronomy and Astrophysics.

The video below shows a movie of the star's visible surface produced from six years of observations with the twin STELLA robotic telescopes on Tenerife:

To "image" XX Trianguli, Künstler and colleagues used a method known as Doppler imaging. The technique generates synthetic images of a star's surface from many spectra that are measured over an extended amount of time.

The basic idea is related to the Doppler effect, a shift in wavelength brought about by motion. As the star rotates, it carries spots across its surface, each spot absorbing specific wavelengths of starlight. These dips in the star’s spectrum move in a predictable pattern: first they appear on the bluer side of known absorption lines, as the starspots move toward us. Then the dips transitions through the center of the line to the redder side, as the spots move away.

The behavior of these dips, along with the rotation period of the star and some complex mathematics, reveals the size, temperature, location, and orientation of starspots, producing a smooth, synthetic image of the star’s surface.

Künstler and his team monitored XX Tri for six years, between 2006 and 2012, and obtained 667 spectra over 36 rotational cycles of the star. Using this data, they produced a movie of the star's surface that shows smooth spot evolution, with most spots forming near the star’s poles.

More importantly, Künstler’s team measured the time it takes for starspots to decay and used that information to estimate properties of the star's magnetic field. For example, the star’s activity cycle appears to last about 26 years, more than double the Sun’s 11-year cycle.

This type of Doppler-imaging campaign will only gain importance as astronomy enters a new era of time-domain studies. Though surveys such as PanSTARRS and LSST will deliver millions of stellar observations of stars, they won’t obtain the spectra needed for Doppler imaging. Astronomers will want to link the data delivered by surveys (such as light curves that show how a star's brightness varies with time) to physical changes on the star such as spots.

Besides making sense of stars’ inner workings, a better understanding of light curves could even help astronomers pick out life-friendly stars with less magnetic activity, and therefore fewer of the X-ray flares and ejections of charged particles that could threaten habitability on orbiting exoplanets.

XX Tri’s light curves haven’t been compared against the synthetic image of its surface yet, but this study paves the way for building connections between the two methods. In the near future, astronomers will have a detailed glimpse into the evolution of spots on thousands of stars as they twinkle through the night.

Wow. Being able to visualize the surface of another star in such detail is an amazing accomplishment.

Hi Anthony, The distance comes from a revised reduction of Hipparcos data, published in van Leeuwen (2007). Though I'm not sure of the source for the other numbers you've found, they probably come from the original Hipparcos data.

Thanks Monica, it's helpful to know where the numbers come from. I've gotten used to seeing very different numbers for distances to stars, especially variables like red giants. As long as the numbers are all within an order of magnitude, I just figure astronomy is an inexact science. Hopefully the Gaia satellite will give us more valid and reliable distance measurements to stars in our part of the milky way.

Excellent article, but the star's correct name is 'XX Trianguli'. We use the Latin genitive in naming stars.

Right you are, and I've made the fix. Thanks! 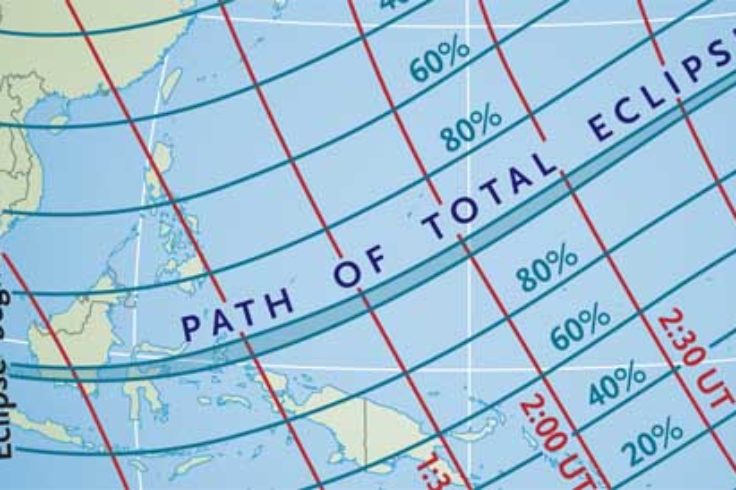