Sky & Telescope's May 2011 issue is now available to digital subscribers. It will ship to print subscribers during the next week, and is officially on-sale at newsstands starting March 29th. 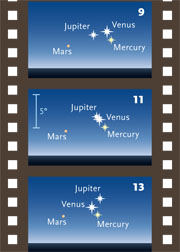 I edit most of the observing articles in Sky & Telescope, so I'm keenly aware that this issue devotes more pages to observing than we've done for a couple of years. To start with, there's an extraordinary planetary grouping low on May mornings — the tightest collection of bright planets in decades. We have prepared an online animation to show how the grouping evolves over the course of the month.

In addition, May is galaxy time, so we have two special deep-sky observing articles in addition to the usual (but never to be taken for granted) Deep-Sky Wonders. Ted Forte outlines a thrilling tour of the Virgo Cluster. And at the big-scope, dark-sky end of the spectrum, Steve Gottlieb describes four superthin galaxies — edge-ons at least 9 times longer than wide — to try your skill on. I've only seen one of them so far, IC 2233, which Sue French covered in Deep-Sky Wonders last year. So I have something new to look forward to. 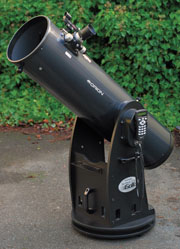 Also thrilling to me was Gary Seronik's long-awaited test report on Orion's XT10g 10-inch Dob with built-in Go To drive. Go To Dobs have been widely available either homebuilt or at the premium end of the market for more than a decade now — and if you've ever used one, you know what a joy they are. Go To functionality aside, it's wonderful to have a Dob that tracks the sky without the added weight and height of an equatorial platform.

I've been saying for years that it's only a matter of time until an affordable Go To Dob shows up in the mass market, and now Orion has done just that. How well does the Dob perform? You will have to read the review to find out! Mostly, Gary likes it a lot, but it does have a few minor problems. 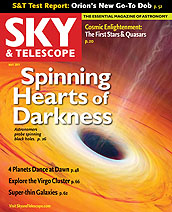 The cover article on spinning black holes also has a lot that was new to me. Did you know that it's possible for a black hole to spin in the opposite direction from its accretion disk? Recent research indicates that this configuration may be responsible for some of the most energetic jets that have been observed.

There are also articles on planetary and deep-sky imaging, including a discussion of "residual bulk image," a CCD problem that I was completely unaware of. And for the amateur telescope maker, there's an incredible 8-inch refractor built to look authentically Victorian, but with modern optics. And an even more incredible 32-inch f/6 reflector in a home observatory built by Mari Motta, a member of my own local astronomy club. Mario is also a famous cardiologist and a leading dark-skies advocate.

Click here to see more about the May issue.

For the 2nd time in six months, the old content is there where the new content should be. Look at the May issue, and the webpage says it's May, and the Contents webpage shows Mau, but the issue served up is April. A few months ago the right content was shown in interactive mode but the PDF generated was a month behind. Please fix -- I just re-upped my digital subs so I could get the May issue and sadness now ensues 🙂 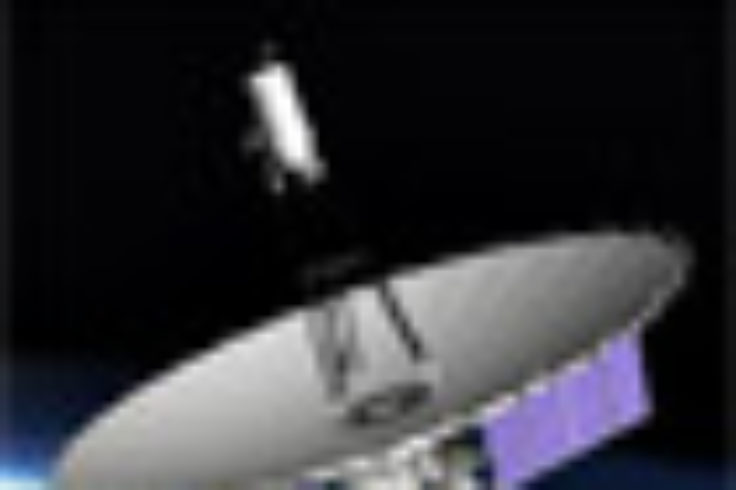 Comet Kudo-Fujikawa Near the Sun