For the past three months, my biggest job at Sky & Telescope has been writing the scripts for our SkyWeek television program. It's been the most fun I've had since the late lamented Night Sky magazine ceased publication. 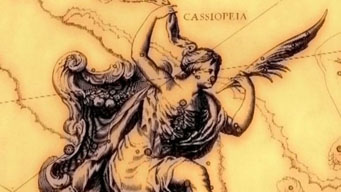 I've always loved writing for a general audience that knows little or nothing about astronomy, and you can't get a lot more general than the audience reached by television. And as with the Constellation Close-up department that I wrote for Night Sky, it gives me infinite opportunities to explore all the areas of human endeavor that astronomy touches on -- which is to say almost everything. Science, history, archaeology, folklore, art . . . you name it. 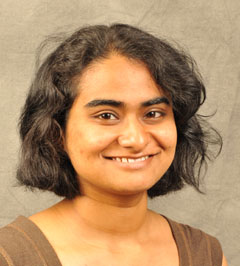 This is also the most challenging job I've done for S&T. It's tough to wrap your mind around an entirely new medium; I would never have been able to do it without the advice and assistance of the brilliant people at Powderhouse Productions.

Above all, I owe a huge debt of gratitude to the amazing multitalented Shweta Krishnan — scientist, writer, artist, and videographer. Shweta used to be an intern at Sky & Telescope, and now works for Powderhouse. She's the one who conceptualizes what the whole thing will look like, finds illustrations and animations to match the text, and creates them when none is available. And she's the one who criticizes my scripts, decides when they're unillustratable, incomprehensible, or simply boring and tells me — in no uncertain terms — how to fix them.

SkyWeek currently airs in the cracks between programs on a few public television stations; we expect to expand our audience dramatically in the next few months. It's also available on our website at skyweek.com, and on YouTube.

I'm curious what people think about it. In some ways it seems like a piece of fluff — but I hope that it's a fun and occasionally enlightening piece of fluff.

I've beena keen amateur astronomer for a long time but I have to say the clear graphics and description of the movement of the night sky are just what the beginner needs. For some time my otherwise keenly intelligent spouse has struggled with the concept of how the stars, the moon, planets and asteroids move across the sky in relation to each other. This was something of an Aha! moment for her. Keep up the good work.

Tony, great graphics and nice explanation as to what and HOW we see things in the night sky. Keep up the the great work and look forward to more of your stories each week!

i always see the skyweek progam weekly and love it. it helps me find interesting thing in the night sky and even though that i am 12 i dont like astronomy i love it . it my favriot thing to do when im not bored and some of my friends are interested in it to becase i showed thum about the constellation and what a star wheel is used for and got very interested and now i teach thum the basic oof astronomy .i also show thum the episods on skyweek.com and love the episode and get more into astronomy all becase of your help of the episods and the videos that are educational so thatk u for the weekly astro heads upon tv . thanks you from critofer at age 12