For the past couple of years, our Sun has been at the minimum of its 11-year activity cycle. Its face has been virtually spotless for months on end, and there've been no dire alerts of titanic solar storms about to slam into Earth. 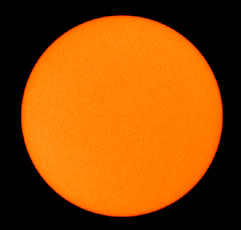 The Sun appeared spotless on June 19, 2009 — as it has virtually every day for the past year.

The problem is that this "quiet Sun" has continued far too long — two years ago, a special task force predicted that the transition from the just-ended Cycle 23 to the upcoming Cycle 24 would come around March 2008. It didn't. (To be fair, there was sharp disagreement within the group at that time.)

Much fanfare accompanied the appearance of a tiny high-latitude sunspot in early 2008, supposedly heralding Cycle 24's arrival. Yet for months and months afterward the Sun's face remained spotless.

Knowing when the upturn in solar activity begins and, more importantly, how strong it'll get at maximum has grown in importance over the years. When the Sun gets agitated, it buffets our planet with huge "storms" of high-speed plasma (ionized gas), punctuated by threatening flares of relativistic protons.

But despite centuries-long records of sunspot counts and 50 years of mapping the Sun's magnetic fields, scientists still don't understand what makes one cycle strong and another weak. The same task force that was bullish on Cycle 24 two years ago now believes the forthcoming activity could be the weakest in a century

Predictions for the coming solar cycle are featured in the August issue of Sky & Telescope, now on press. In the meantime, this week two groups of researchers offered hope that we're finally understanding the Sun's complex workings a little better.

The first comes from Rachel Howe and Frank Hill of the National Solar Observatory, who now believe that sunspots are linked to slow, eastward-moving "jet streams" about 4,000 miles (7,000 km) below the Sun's photosphere (its visible surface). They've analyzed 15 years of observations made using helioseismology, which monitors rhythmic pulsations at the surface created by pressure waves bouncing around the solar interior. 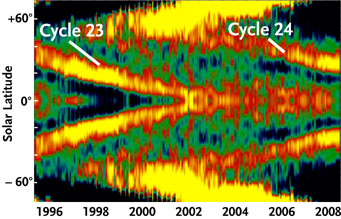 Scientists have found that slow, eastward-moving "jet streams" (depicted in yellow) move about 4,000 miles below the Sun's surface. As this plot shows, over time they migrate from near the Sun's poles toward its equator. The ones corresponding to Cycle 24 took their time reaching 22° in latitude, matching the prolonged solar minimum seen in recent years.

"Think of the Sun as a musical instrument," Hill explains. "A piano has 88 keys, but the Sun has five million 'notes' or modes of oscillation."

Howe and Hill find that a pair of deep-seated currents migrate from the solar poles toward the equator during each cycle, and that the migration has been unusually sluggish of late. They took three years to shift 10° equatorward, and only now have they reached a solar latitude of 22°, the point at which activity perks up and sunspots start to appear. They can't yet tell whether the flow somehow causes sunspots, only that the two phenomena appear to be related.

The new findings were presented this week at a meeting of the American Astronomical Society's Solar Physics Division, which had a special session on Cycle 24. Howe and Hill plan to publish their work in Astrophysical Journal Letters. Click here to learn more about this work — and to watch animations of the currents' movement. 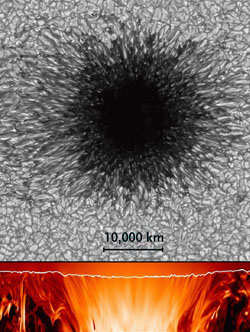 A snapshot of a supercomputer-simulated sunspot (upper panel) reveals both fine details in the dark umbra and surrounding penumbra. Below that is a cross-section of the solar magnetic field's strength and orientation beneath the surface (white line) to depths of about 4,000 miles. The vertical scale is exaggerated 2×. Click on the image to see an enlarged version showing a sunspot pair.

The second announcement concerns sunspots themselves and the arrangement of the intense magnetic tangles within them. Writing in June 18th's Science Express, Matthias Rempel (High Altitude Observatory) and three colleagues used a supercomputer grinding out 76 trillion calculations per second to create the first comprehensive, three-dimensional model of these mysterious dark patches' inner workings.

The simulations reveal in detail how superheated gas streams along magnetic filaments from a spot's dark, central umbra to the lighter penumbra surrounding it. Solar physicists first recognized this outward flow about 100 years ago. But, as Rempel's team notes, "The onset of these flows is closely related to the magnetic field inclination" and that outflows occur whenever the magnetic field is inclined more than 45° from vertical.

The hope is that a better understanding of sunspots will allow scientists to predict their behavior more accurately and, in particular, to identify the ones most likely to trigger dangerous solar flares.

Finally, let me note that all of these solar scientists are building on the work of John A. Eddy, who died June 10th at the age of 78. 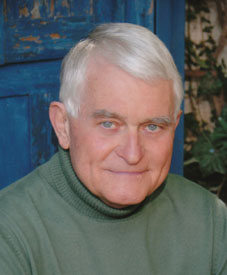 Eddy gained fame in 1976 as the solar sleuth who confirmed that from 1645 to 1715 the Sun remained virtually spotless. During this "Maunder Minimum," as he dubbed it, solar activity essentially ceased, and it remains perplexing for modern-day theorists. Coincidentally, this period closely matches one of the coldest climatic periods on record, the middle of the "Little Ice Age" that plunged Europe into a series of unbearable winters.

More recently, Eddy has explored solar-terrestrial relationships, and before his death he finished a book (to be published by NASA) titled The Sun, the Earth and Near-Earth Space: A Guide to the Sun-Earth System.

A nice obituary appears in Wednesday's New York Times, but you'll learn much more about him from the wonderful 1999 interview for the American Institute of Physics' oral-history project.

Blogger Anthony Watts has started an online petition to name the next prolonged sunspot absence the "Eddy Minimum." It would be a fine way to recognize a fine scientist — please join me in signing it.

Above where it says "Click here to learn more" the link doesn't work. It gives a "not found" and a url of "http://spd.boulder.swri.edu/solar_mystery/%22" - I saved the source and took the "%22" out and that worked. It brought up the whole press release, animation, illustrations, and text. I'm using the Camino browser (essentially Thunderbird tailored for MacOS). It may work differently with other browsers.

Fascinating article, by the way.

The cross section view of the modelled sunspot is shown in color. There is no color-coded key to tell us what those colors are depicting, and thus no obvious link to the gray-scale plan view of the pair of sunspots. We do not know if the colors represent temperature, magnetic field strength, velocity, current density, or just what. The depth of the section is relatively shallow, as well - is that due to the size constraints of the model or lack of interest in what goes on at depth, immediately beneath a relatively cool sunspot? There also appear to be none of the filamentary Birkeland currents noted in the article on page 19 of the magazine, which appear to be a crucial part of the observations of stellar activity. 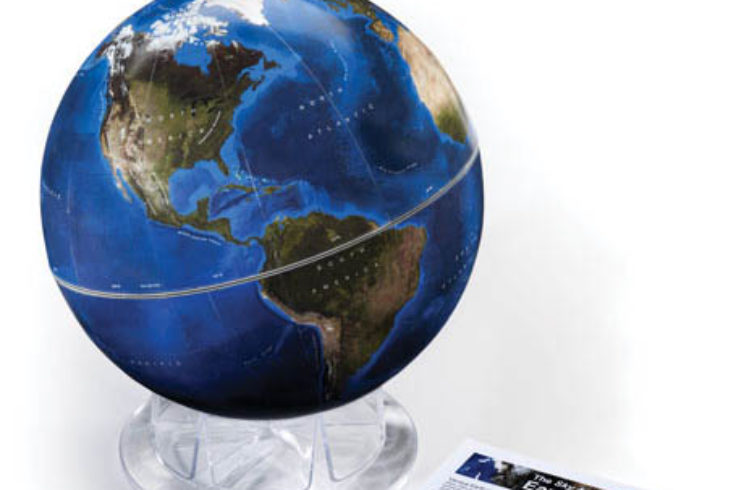