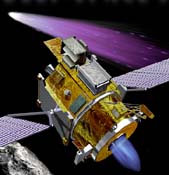 Concerns about camera pointing and fuel reserves will make the Deep Space 1 encounter with Comet Borrelly a risky proposition.

The Deep Space 1 probe was never designed to chase comets. It has no shielding to protect its delicate systems from a pummeling of hypersonic dust. Its solar-cell wings, each 4½ meters (15 feet) wide, make the craft an easy target. The thrust from its ion-propelled engine nudges the craft along too slowly to avoid potential obstacles. And, because Deep Space 1 is primarily a technology-demonstration mission, many of its electronic systems are little more than experimental concepts.

But a comet-chaser it has become. On September 22nd
at about 22:30 Universal Time (3:30 p.m. PDT), Deep Space 1 is programmed to slip past the nucleus of Comet Borrelly at a range of roughly 2,000 kilometers (1,250 miles). Racing through the comet's gas-and-dust coma at 16.5 km (10 miles) per second, the spacecraft will attempt to pivot toward the bright nucleus in order to capture details of its surface. Meanwhile, a plasma spectrometer will "taste" the coma's ionized gases to determine their composition, and sensors that ordinarily monitor the ion engine's performance will record the electromagnetic environment inside the coma.

All this presumes that the spacecraft can spot the comet early enough to have time to maneuver close to it. Deep Space 1's tracking camera failed in November 1999, just a few months after a mixed-success flyby of asteroid 9969 Braille. So now the "science" camera, known formally as MICAS, must perform the tracking duties. A pointing error of little more than ¼° means that scientists waiting on Earth will see blank computer screens. Yet they will be powerless to correct it from
220 million km away, because at that distance a round-trip radio exchange
takes more than 24 minutes to complete. Flight controllers are also
concerned that the aging spacecraft
will run out of hydrazine fuel for its thrusters before the flyby
occurs.

Still, the potential for scientific reward is great.
Comet Borrelly (designated 19P) circles the Sun every 6.9 years and
has a reputation for predictable behavior — though in 1994–95
its coma became very elongated. The comet's nucleus, which usually
looks intense and starlike through telescopes, is probably no bigger
than 10 km across. Deep Space 1's flyby will take place just a week
after Borrelly's closest approach to the Sun, so the coma should be
large and active. Amateur astronomers report
that the comet, currently near the Cancer-Gemini border, is about
10th magnitude. 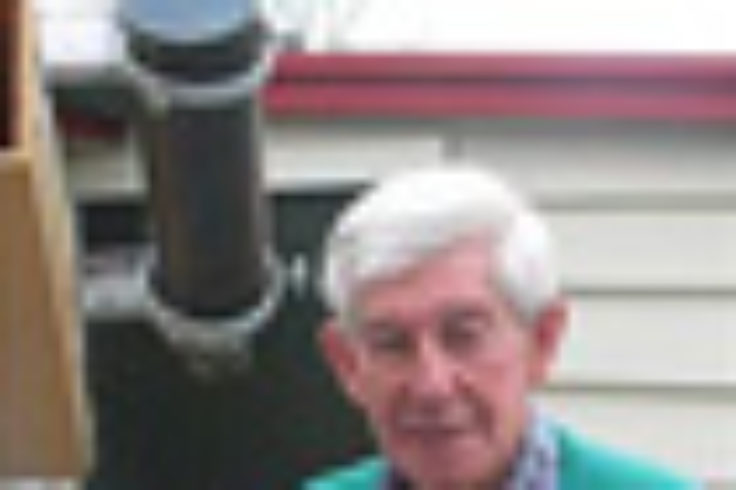