Star-Counting in the Galactic Bulge

Astronomers have taken a careful census of the smallest stars in our galaxy’s center.

How many stars are out there? It’s an easy question to ask but a surprisingly difficult one to answer.

Astronomers root their response in a mathematical function that describes how many stars exist at any given mass, known as the initial mass function. In general, we know there are many more low-mass stars than high-mass ones, just as you’ll find far more fine grains of sand than large pebbles on a beach.

And just as knowing exactly how many more fine grains there are than pebbles will tell you something about how that beach came to be, stars’ initial mass function helps astronomers investigate everything from the details of star formation to the mass of the Milky Way and other galaxies.

Until now, astronomers’ best measurements of the initial mass function have been limited to relatively nearby stars, which lie within the Milky Way’s pancake-shaped disk. But other galaxies have shown tantalizing hints that the mass distribution of stars might differ from place to place within a galaxy.

Now, a recent study has applied the power of the Hubble Space Telescope to go beyond the disk and count stars within the Milky Way’s bulge, the sardine-packed collection of stars far away in the center of our galaxy.

A team led by Annalisa Calamida (Space Telescope Science Institute) reported the initial mass function for low-mass bulge stars in the September 1st Astrophysical Journal, focusing stars less massive than the Sun. The astronomers tracked stars’ proper motions across the sky using the exquisitely sharp Hubble images, then picked out the background bulge stars by their odd, boxy orbits. The result is a sample of low-mass stars with near-zero “contamination” from nearby stars.

Overall, the team’s results aren’t surprising: they estimate an initial mass function that roughly agrees with previous measurements, including one made by this author. But there are hints of something interesting afoot: the new results suggest that the bulge might contain relatively fewer very low-mass stars. More work is needed to test whether this result pans out, but if it’s real, the difference would suggest a difference in how stars form in the galactic bulge compared to the disk.

This study is an important first step in going beyond the nearby disk stars that are often observed. And there’s more to come: with the Gaia mission already at work surveying more than 1 billion stars and the Large Synoptic Survey Telescope on the way, astronomers will soon be counting stars throughout our galaxy. And the initial mass functions they measure will tell us not only how many stars are out there, but how star formation varies from place to place in our galaxy.

The Star That Wouldn’t Die 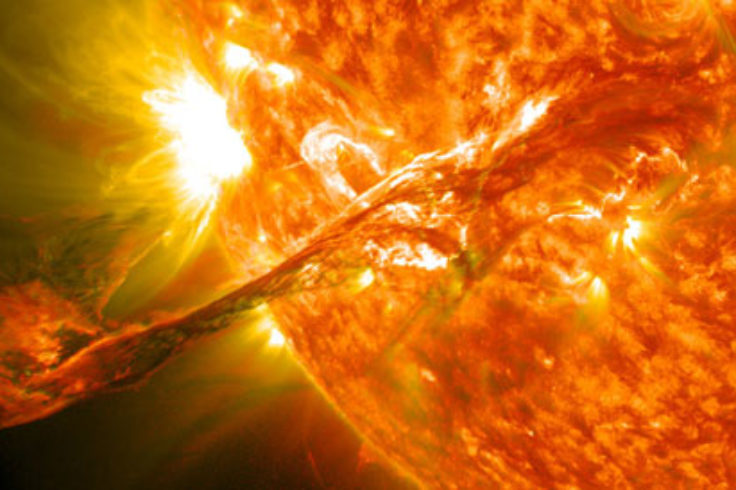