Two of astro-imaging’s luminaries have been declared co-recipients of the world’s most prestigious award for scientific photography. American planetary scientist Carolyn Porco and Iranian photographer and science journalist Babak Tafeshi have won the 2009 Lennart Nilsson Award, given annually for “revealing science to the world in beautiful, unique and power ways.” They'll accept their award at a ceremony in Sweden on October 28th.

The work of Porco and Tafreshi display “the beauty of the universe, from above and below” according to the awarding foundation. The award is given to those who “have captured worlds that are otherwise hidden from human sight” in any field of science. Now in its 12th year, this year's award honors recipients in astronomy for the third time. 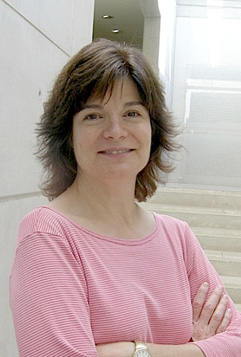 The citations from the judging panel describe the work of this year’s winners as follows: “Carolyn Porco combines the finest techniques of planetary exploration and scientific research with aesthetic finesse and educational talent. While her images, which depict the heavenly bodies of the Saturn system with unique precision, serve as tools for the world’s leading experts, they also reveal the beauty of the universe in a manner that is an inspiration to one and all.”

“Babak A. Tafreshi’s photographs reclaim a night sky that most modern people have lost. He takes us to remote places where the stars still look like they did at the dawn of mankind. His work calls to mind the beauty of the universe and human life on our planet.”

Carolyn Porco leads the Cassini Imaging Central Laboratory for Operations (CICLOPS) at the Space Science Institute in Boulder, Colorado, where spectacular new images from NASA’s and ESA’s Cassini-Huygens missions to Saturn are processed and released. Porco and her colleagues have made many discoveries through study of these new images, including six Saturnian moons, several rings, and unexpected geysers of water ice erupting from the south pole of Saturn’s moon Enceladus. Porco is also a member of the imaging team for New Horizons, scheduled for arrival at Pluto in 2015. 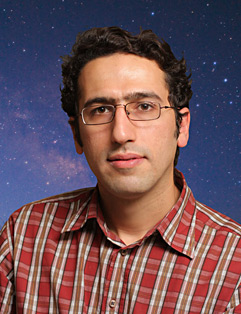 Babak A. Tafreshi is a widely acclaimed wide-field astrophotographer whose images feature the sky above important historic, cultural and natural landmarks (now known as “landscape astrophotography”). His images have appeared in publications and websites worldwide, including 14 times as the NASA Astronomy Picture of the Day in less than three years.

In 2007 Tafreshi brought together the world’s best landscape astrophotographers to create the very popular project The World At Night (TWAN). TWAN’s growing collection of spectacular images, now more than 1,600, is displayed on its website and in public exhibitions in more than 20 countries thus far. TWAN has been designated as a Special Project of the International Year of Astronomy 2009. Tafreshi serves as a member of the Board of Trustees of Astronomers Without Borders, TWAN’s parent organization and was an editor at Nojum ("Astronomy") magazine in Iran for 10 years ,including a stint as its editor-in-chief.

An author, photographer, and amateur astronomer, Mike Simmons is founder and president of Astronomers Without Borders.