A rising blob inside Saturn's moon Enceladus might be responsible for many of the satellite's bizarre aspects, including water geysers, an enigmatic "tiger stripe" pattern of warm ribbons, and perhaps even a planetary somersault, two researchers propose in the June 1st Nature.

Planetary scientists have known since the Voyager flybys three decades ago that Enceladus is geologically active, possibly because of tidal heating — the periodic stretching and squishing of the moon due to Saturn's gravity. Now, Francis Nimmo (University of California, Santa Cruz) and Robert Pappalardo (Jet Propulsion Laboratory) have proposed a way that tidal heating might produce the strange features observed on the moon's surface: by creating an internal blob of warm ice or rock.

Nimmo and Pappalardo speculate that tidal heating might have warmed a large pocket of rock or ice, causing it to expand deep inside Enceladus. The expanding bubble would have been less dense that the surrounding rock or ice, making the spinning moon wobble. A rapidly rotating sphere is most stable with more mass around its equator, which is why Saturn is slightly squished. Instead of flattening like Saturn, Enceladus might have rolled by as much as 30°, until its warm internal blob was at the south pole.

"The best way to explain the tectonic features is to have the thing tilt," says Nimmo, who points out that a similar process has probably happened many times on Miranda, a moon of Uranus. "The geysers and hot spots are also both probably caused by the blob of warm ice."

When NASA's Cassini spacecraft flew past Enceladus on July 14, 2005, it imaged a geyser of carbon dioxide, methane, and water vapor erupting from the south pole, and reaching almost 175 km (108 miles) high . The geyser originated near the tiger stripes — deep valleys that run parallel to each other for more than 100 km and are about 25°C (45°F) warmer than the surrounding terrain. Nimmo speculates that the stripes might be caused by faults, which heat up as they encounter friction in their back-and-forth motion.

"The rollover seems to explain a large number of events with a single hypothesis," says Amy Barr (Washington University in St. Louis), who has previously researched the affect of internal blobs in Jupiter's moons. "And that's always very appealing. But I think we need to get global imaging coverage of Enceladus to rigorously test the hypothesis."

Nimmo and Pappalardo hope to test their somersault idea during Cassini's next Enceladus flyby, scheduled for spring 2008. 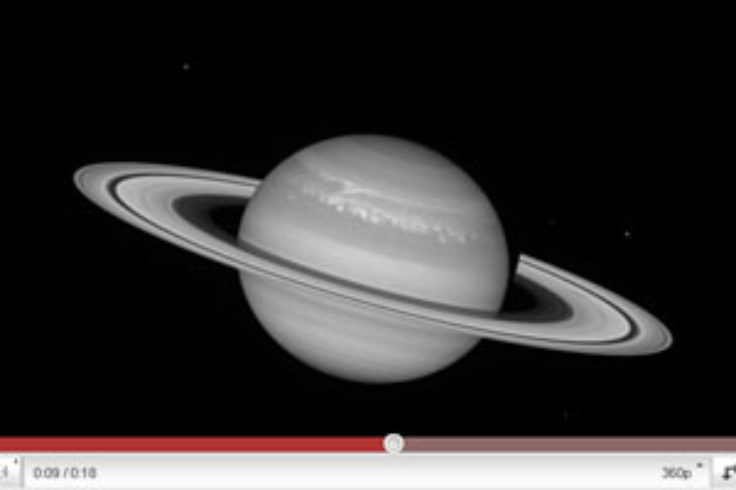