The winners of the 7th annual Earth & Sky Photo Contest highlight the fragile beauty of the heavens.

From aurora borealis twisting over the winding village lights of the Lofoten Islands to the Milky Way’s arc rising above Mauna Kea, the winners of the 7th annual Earth & Sky Photo Contest reminds us not only of the unrivaled beauty of our starry sky but also its fragility in the face of libertine lights. The international The World at Night (TWAN) program founded the contest in 2009, and it is now a collaborative effort with the National Optical Astronomy Observatory and Global Astronomy Month, a program of Astronomers Without Borders.

The contest entries are nightscape images — photographs showing both the night sky and terrestrial landscape — with special attention to astronomical perspectives and celestial phenomena. This is also known as landscape astrophotography and is sometimes even referred to as TWAN-style photography. The contest’s main categories are “Beauty of the Night Sky” and “Against the Lights.” Subcategories include single exposures (which includes panoramas made of a single exposure and fixed setting frames), photo composites, such as exposure blends, and photo sequences, such as multi-exposure star trails.

Over the past 7 years we have kept a consistent theme highlighting the importance of dark skies in an effort to protect our vanishing natural nights. We are on the verge of losing the sky. About one third of the human population lives under light-polluted urban skies, where the Milky Way is no longer visible. Organizations such as the International Dark Sky Association need broader support from every one of us to deliver this message to the public around the world.

This contest aims to make the public aware of the growing environmental issue of light pollution: the wasteful, wrongly directed portion of our light that scatters in the night sky.

The winners of the 2016 contest highlight the contrast between natural and polluted skies. Open to both professional and amateur/hobby photographers, the contest received more than 1,000 entries this year from 57 countries and territories. The 10 winning photos were taken in Canada, China, Iceland, Iran, Italy, Norway, Russia, and the United States. About 70 other outstanding images ran in close competition with the winners and received an Honorable Mention — these images appear in the contest video. The TWAN contest’s continued success is due in part to its diverse judging panel.

The contest’s winner belongs to both of the contest’s categories, displaying both the beauty of the night sky as well as the glow of light pollution. Romanian photographer and amateur astronomer Alex Conu lives in Norway and captured “Northern Lights Above Lofoten.” The image features an auroral twist in the sky that echoes the winding lights along the island’s shores.

In the “Beauty of the Night Sky” category, Boris Dmitriev captured the contest’s moodiest image from midland Russia. In “Sacrament of Unification with Nature,” the photographer’s camp sits under a resplendent Milky Way in a place where light pollution is still non-existent.

“Total Solar Eclipse from Svalbard” stands out for its technical excellence, showing the entire sequence of the March 20, 2015, eclipse from the Arctic latitude of 78°N. Astronomy communicator and photographer Thanakrit Santikunaporn hails from Thailand, and though his eclipse experience was of a completely different temperature and environment from from his home country, it didn't affect his perfectly planned photo sequence. 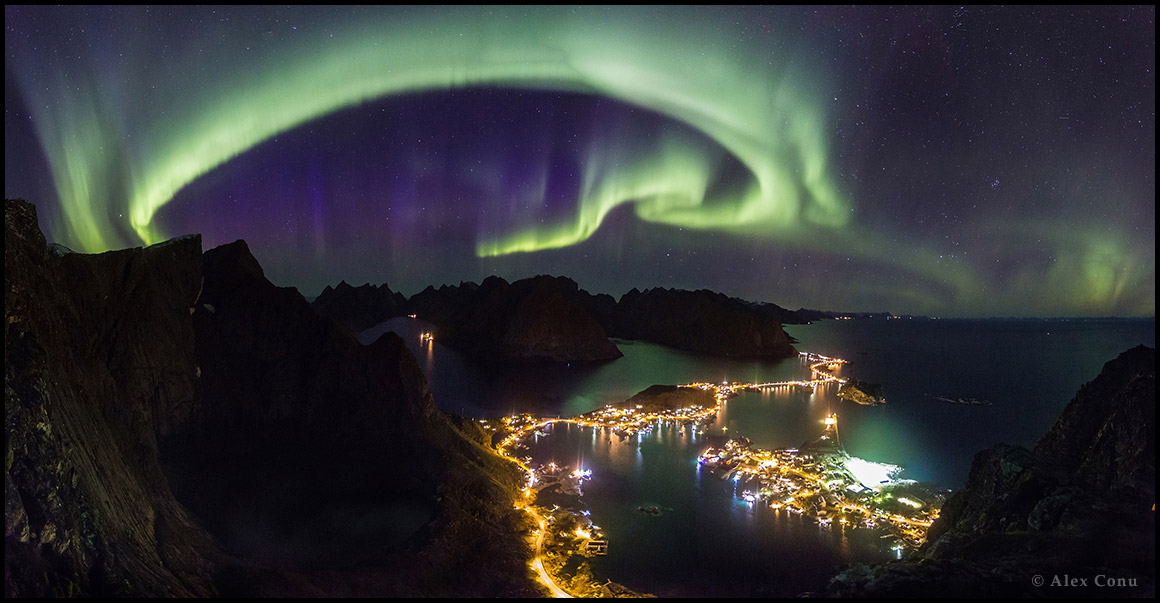 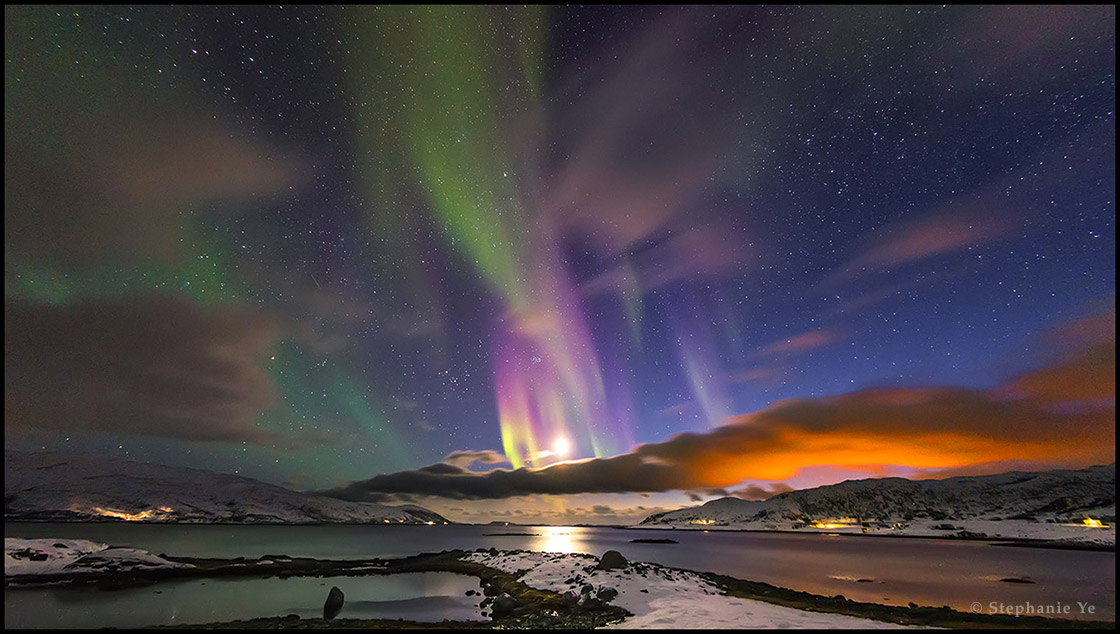 The Tail of Aurora
The first-place winner in the “Beauty of the Night Sky” category is “The Tail of Aurora.” Stephanie Ye, from China, captured the image in March 2015 from northern Norway. 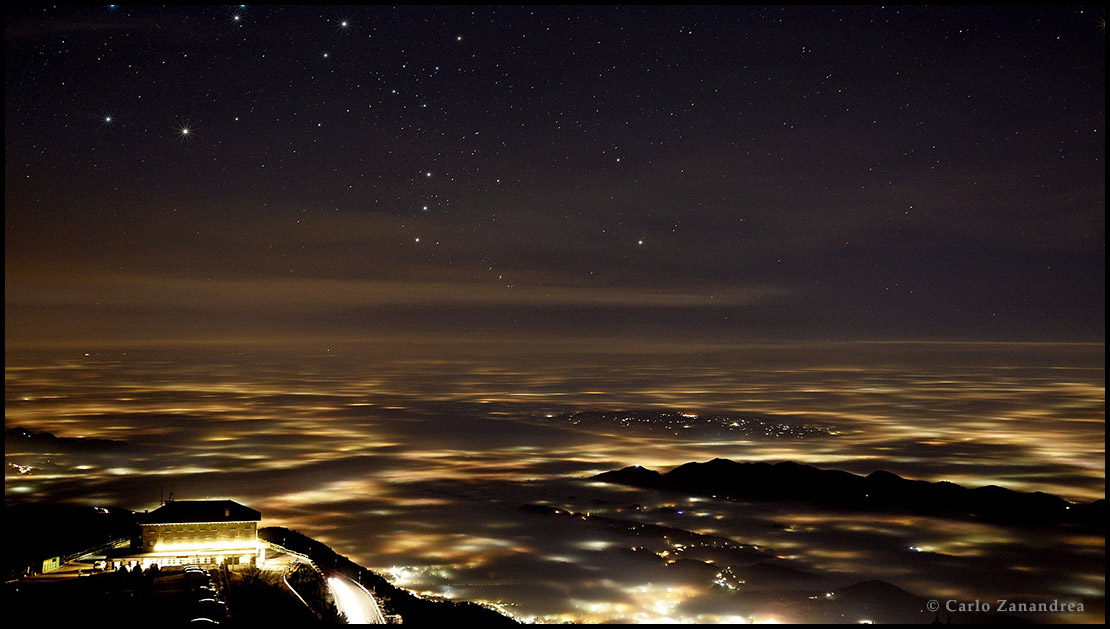 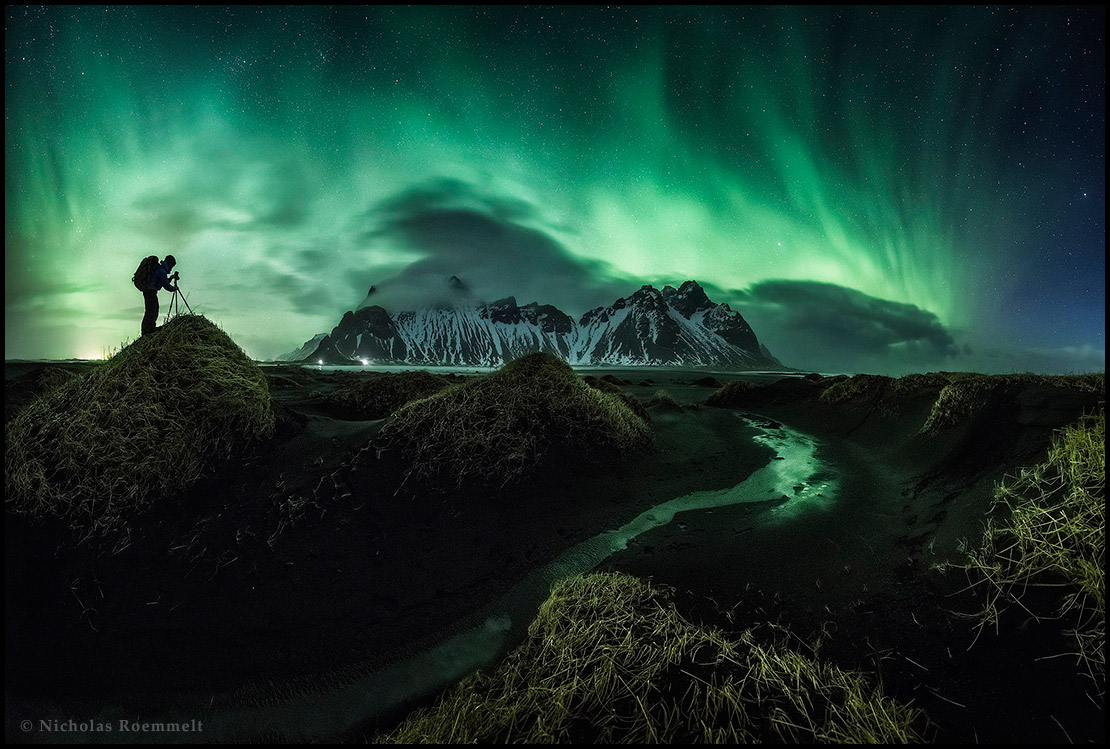 The Photographer
“The Photographer,” by Austrian Nicholas Roemmelt, took second-place in the “Beauty of the Night Sky” category. Roemmelt captured this shot in March 2015 from Stockiness, Iceland. 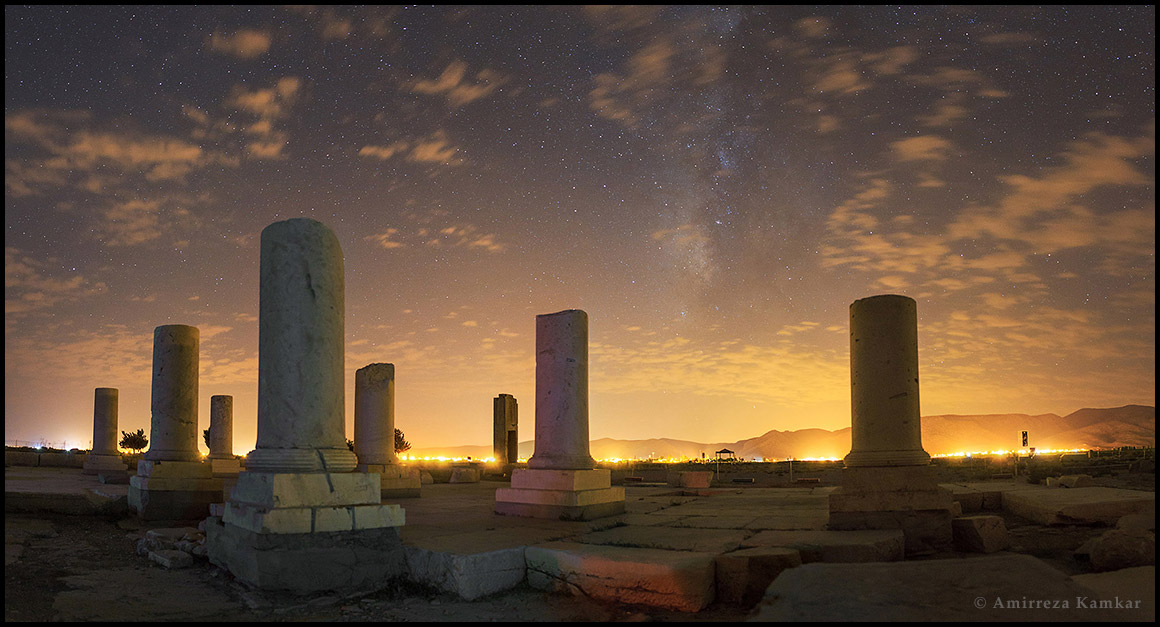 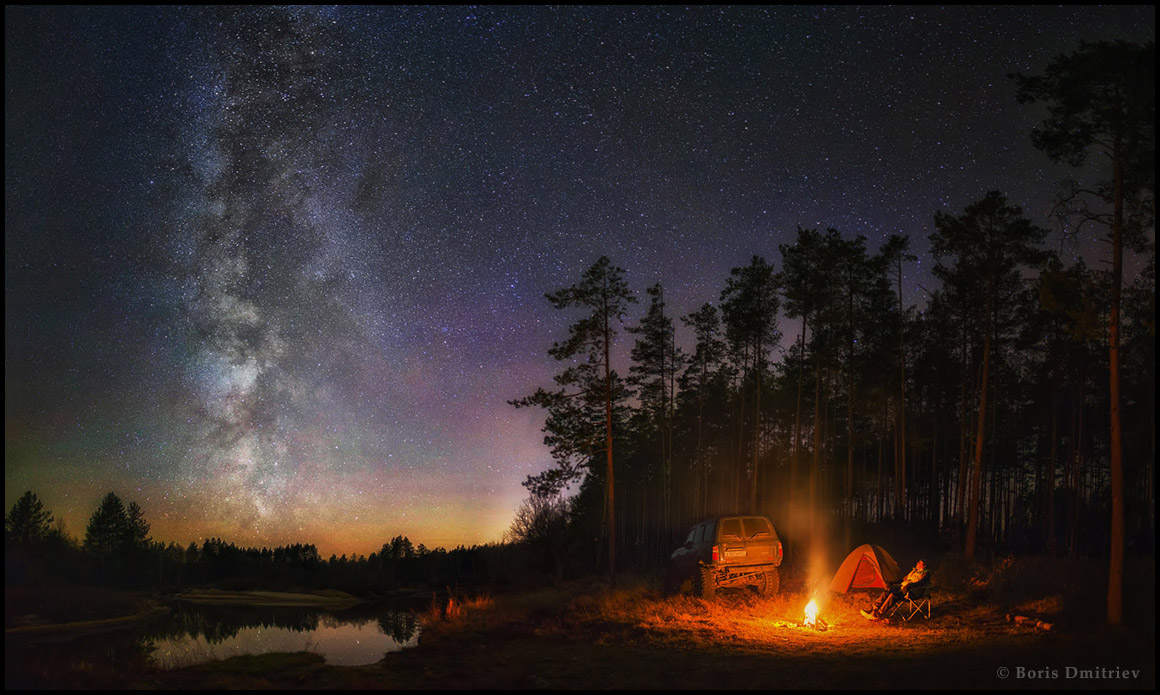 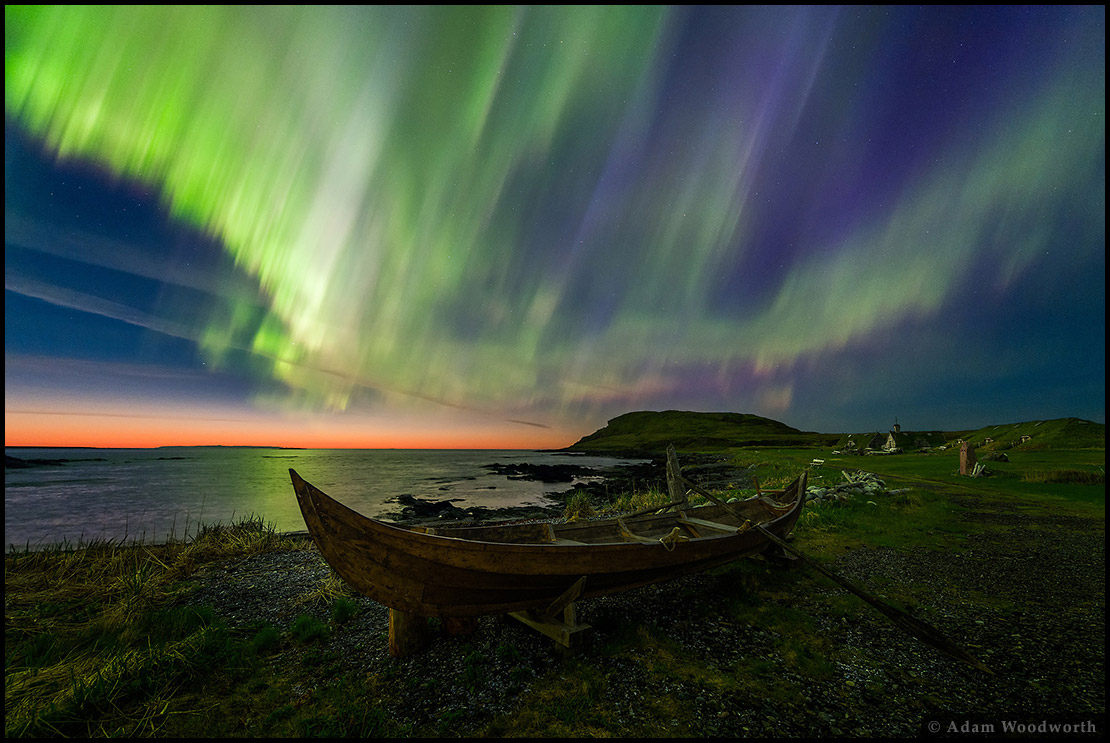 Viking Lights
The photo-composite winner in the “Beauty of the Night Sky” category is "Viking Lights" by Adam Woodworth from the U.S., captured in Newfoundland, Canada (June 2015). 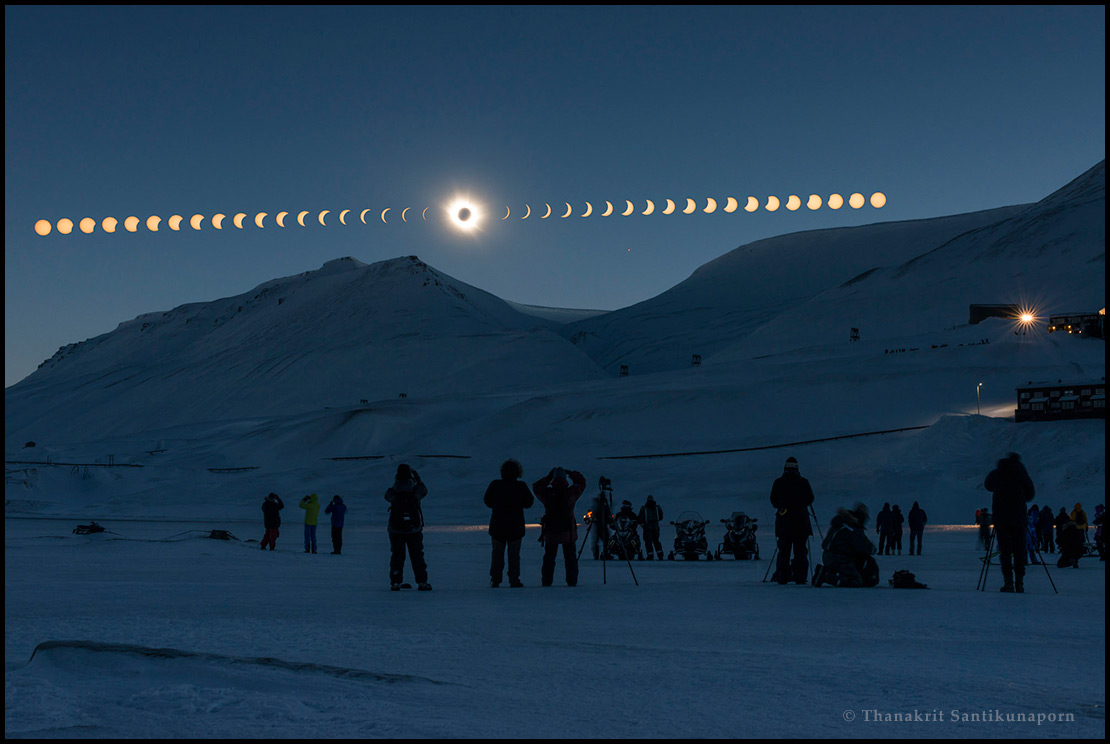 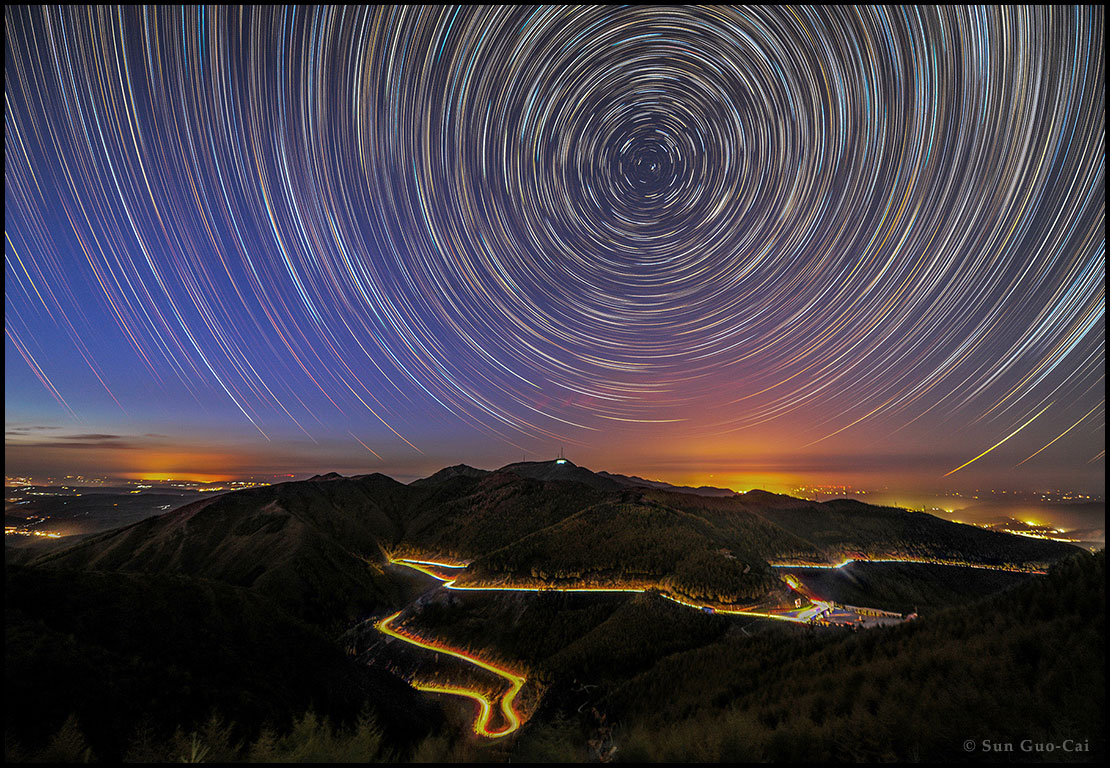 Each year this contest celebrates the enchanting, natural beauty of the night sky, taking care not to feature over-edited nightscape imagery. It appears that the message has begun to reach the photography and astronomy community, as we received fewer entries this year with overcooked processing. Digital processing is essential in any style of photography today, especially when dealing with challenging low-light conditions, but extreme white balance shift, too much color saturation, extreme contrast, masking, and over-sharpening can all alter the natural colors of night sky.

We've seen nightscape images that show the Milky Way’s central bulge in all the colors of the spectrum, from romantic blue to purple and red. But its natural color is pale yellow. Such misrepresentation was not an issue back when film photography limited processing, and when the astrophotography community was small and well-informed about the nature of their imaging subject. But due to our general disconnection from the night sky, the public and the media have become attracted to such exotic-looking images. The ease of publishing and sharing images has only made the issue worse.

This general disconnection is why we find it so valuable to preserve the original nature of the night sky. The winners here are those that have captured — at just the right place at just the right time — a unique scene combining Earth and sky.

Beautiful photographs. Thank you for sharing with us.