Officials proceed with groundbreaking ceremonies for the world's largest optical telescope amid protests from native Hawaiians who oppose it.

Under beautifully clear skies — just the kind that have made the summit of Hawaii's Mauna Kea a mecca for astronomical observatories — officials gathered on October 7th for the dedication and groundbreaking of the Thirty Meter Telescope.

The ceremony demonstrated the combustible mix of science, local traditions, and politics that have dogged the summit's development for decades and the TMT project in particular. The ceremony was interrupted for several hours as local opponents staged a peaceful protest, using their cars to block the road leading to the summit. Some held signs using TMT to spell out "Too Many Telescopes."

Mauna Kea, often translated as "White Mountain" because it's sometimes capped with snow, rises 13,796 feet (4,205 m) from the Pacific Ocean and is sacred to native Hawaiians. The dormant volcano is known locally as wao akua ("realm of the gods"), and its slopes are dotted with shrines, altars, and hidden burial grounds.

According to the master plan drawn up in 1983 (extended in 2000) between state environmental officials and the University of Hawaii, which manages the summit, no more than the 13 domes can be built on the summit. This limitation ultimately led to cancellation of plans to add four small "outrigger" telescopes to Keck Observatory's existing giant twin domes.

Despite the protests, construction for the TMT has been approved and will move forward. When completed, perhaps as early as 2022, the telescope will leapfrog to the top ranking of the world's largest optical telescopes.

Exploiting technology pioneered for the twin Keck telescopes, the TMT will combine 492 individual hexagonal reflectors, each 1.4 meters across, honeycombed together to yield a primary mirror with an effective diameter of 30 m (98 feet). That giant primary will provide 144 times more collecting area and 10 times better spatial resolution than the Hubble Space Telescope.

"This is an exciting moment as we begin construction of TMT," noted Edward Stone in a prepared statement. A veteran Caltech space physicist, Stone serves as executive director of TMT International Observatory (though he's better known as project scientist for NASA's Voyager mission).

TMT is the first of what could be multiple mega-telescopes designed to vastly improve the ability of ground-based telescopes to peer into the faint, deep cosmos. The race is on to build TMT and two competing projects: the 27-meter Giant Magellan Telescope (GMT) and the European Extremely Large Telescope (EELT).

Such "megascopes" should open the door to major discoveries in all facets of astronomy. Finding the composition of distant exoplanets, mapping the large-scale structure of the universe, and probing the earliest galaxies are all on the long "to-do" list that astronomers are drawing up for the TMT. Plans call for three "early light" instruments: a wide-field, multiobject spectrograph (WFOS); a near-infrared imaging spectrometer (IRIS); and a multi-slit, near-infrared imaging spectrometer (IRMS). The telescope will utilize an adaptive-optics system to cancel out atmospheric turbulence and achieve diffraction-limited performance.

It's an enormous project, both physically (the summit site covers about 5 acres) and financially. With an estimated price tag of $1.4 billion, TMT is too costly for any one institution to undertake. Instead, it's a joint international venture involving the California Institute of Technology, Chinese Academy of Sciences, Japan's National Institutes of Natural Sciences and National Astronomical Observatory, and the University of California. India and Canada plan to join the partnership soon.

The completion date they mentioned was 2022. Hope you are better at your day job than math

Ha! I see they corrected the line.
2011 is feasible if one were using the Islamic calendar. That would provide about 600 years of wiggle-room.

Such a telescope definitely deserves a better name than the "Thirty Meter Telescope". The "Cyclops" had a big eye but he was rather stupid. Does anyone have brighter idea? Perhaps S&T should have a contest.

How many domes are on the summit now, not counting TMT? About the name for the TMT --politically, it might be a good idea to let the Native Hawaiians name it.

The mirror diagram reminds me of the trilobite eye, which consisted of a hexagonal array of single-crystal calcite, on a convex surface. Photons could travel only along the axes of the crystals, so each hexagon sampled one direction of their surroundings. Most eyes in the animal kingdom do not fossilize, but the trilobite’s did, because the lenses were made of calcite: photos have been taken through them! They work in air as well as water, because they are directional, not refractive. This primitive imaging-system served the trilobites, and trilobites only, for 230 million years, and has never been repeated.
Is there a Hawaiian word for trilobite-eye?

Since the Hawaiian Islands are way too young to have any trilobite fossils, it's doubtful that there would be a specific word in Hawaiian for "trilobite". Nice idea, though.

I suspect the $1.4 billion price tag will function as a minimum--these projects never come in under budget, because science budgets are created with as little leeway as possible to make them more attractive to university and government bean-counters. Reality and Murphy's Law make hash of anything with no leeway built in. I would not be surprised if the eventual cost was closer to $3 billion; a not unheard of scale of overrun. Anyway, the extra jillions this will cost might be extracted from some billionaire who wants the kind of immortality W. M. Keck obtained by his twin telescopes just down the slope from TMT. Will the TMT someday be known as the "Sheldon Adelson" Telescope?

The ceremony was more than just interrupted for several hours, it was completely halted by protesters, and therefore did not take place. The protest was done based on cultural and religious reasons, as well as the legal status of Hawaiʻi as an occupied state. There is no treaty of cession to transfer Hawaiian sovereignty to the United States. The Newlands Resolution (1898), Organic Act (1900), and Statehood Act (1959), are domestic laws of U.S. Congress which have no power under the U.S. Constitution to unilaterally annex a foreign country such as Hawaiʻi. http://www.hawaiiankingdom.org

I appreciate hearing this perspective.

Given the current state of affairs between Hawai'i and the United States, what would be the best way to get this telescope built? Is the objection to the telescope per se, or to the fact that US institutions are building it? Regardless of the political and cultural issue of sovereignty, geographically Mauna Kea is uniquely well situated for large astronomical telescopes. If Hawai'i were internationally recognized as an independent nation, would there be telescopes on Mauna Kea?

One way to get the telescope built is to build it in one of the four countries paying for it, instead of building it in an occupied country. Otherwise, there should be a moratorium until Hawaiʻi is de-occupied by the United States and the Hawaiian Kingdom government is reconstituted, so that approval can be requested from the government that actually has jurisdiction.

Hawaiʻi was explicitly recognized as a sovereign and independent nation-state in 1843 by Great Britain and France, then by the United States in 1844. This made Hawaiʻi the first non-European member of the family of nations. Consequently, international law has provided for the presumption of its continuity, which places the burden of proof upon the United States, which claims Hawaiian sovereignty, to provide overwhelming evidence that it extinguished the Hawaiian Kingdom under international law. From May to October of this year, formal requests were made to the U.S. Department of State and U.S. Department of justice for an exhaustive legal analysis to answer this legal question. These departments both declined to respond, which is acquiescence and therefore acknowledgment that Hawaiʻi is occupied and that the "50th State" does not legally exist.

The Hawaiian Kingdom remains a sovereign and independent nation-state today, albeit under a prolonged and illegal occupation by the United States since January 17, 1893. What was overthrown in 1893 was the Hawaiian Kingdom government, not its sovereignty as a country, nor its independence as a nation-state. States and governments are separate entities under international law. For example, when the U.S. overthrew the Iraqi government, that did not extinguish Iraqi sovereignty, nor did it transfer Iraqi sovereignty to the United States. 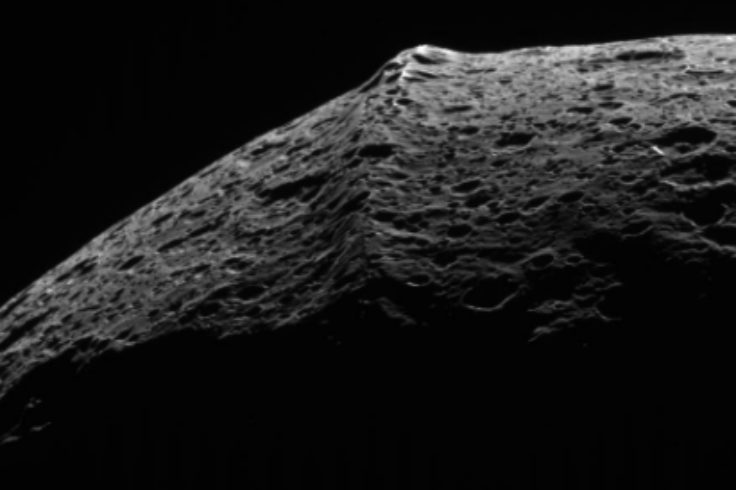 Some Moons Could Have Moons of Their Own 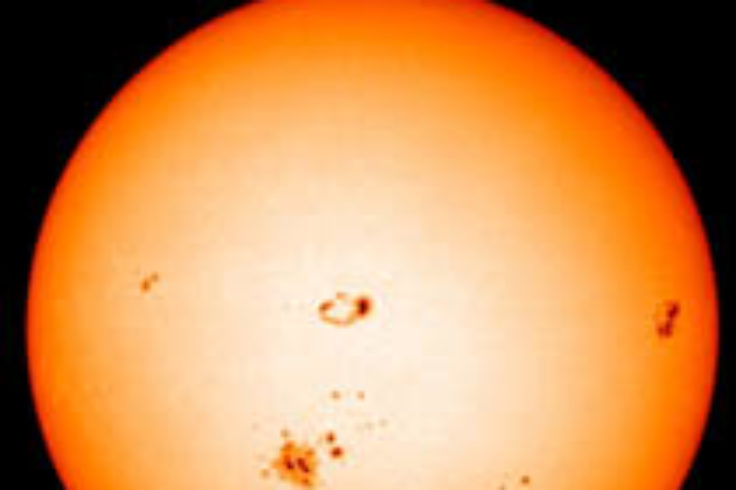 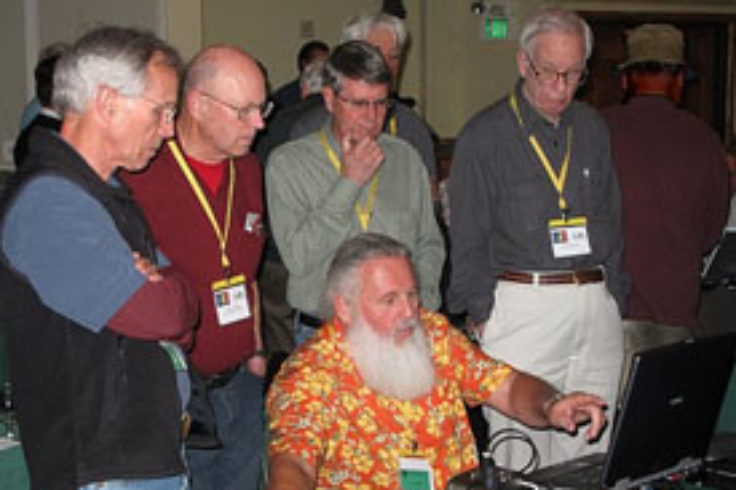