On October 6, 1990, scientists in the United States and Europe sat waiting. Five years beforehand, they had watched the Space Shuttle Challenger explode in a horrifying blaze above Cape Canaveral, taking with it not only the shuttle's crew but also the craft that was due to take the team's joint project to the stars later that year. Now, on board Discovery, their explorer was finally aloft. They watched elated as the satellite separated successfully from the shuttle and set off for Jupiter, where it would use the giant planet's gravity to sling itself back to the inner solar system — and toward the Sun.

The comet-like path of the Ulysses spacecraft over the solar polar regions.

So began a mission that would span almost 18 years. In that time the Ulysses spacecraft has fundamentally changed the way astronomers see our corner of the galaxy. At the end of June, failing generator power, inevitable after so many years' service in space, will leave Ulysses a frozen solar satellite, orbiting our star's poles on a comet-like path.

Ulysses's primary mission was to study the Sun and its heliosphere, the giant magnetic bubble carved out in space's near-vacuum by the charged particles that make up the solar wind. One of Ulysses's many discoveries was the existence of a second, faster solar wind speeding from the Sun's poles. Scientists originally only knew of the slower wind moving directly past us through the ecliptic plane (the solar system's "equator," in which the Earth and other planets orbit the Sun). The fast wind races through space at roughly 500 miles (800 km) per second, twice the slow wind's speed.

"We found that this is really the normal solar wind," said Ulysses project scientist and mission manager Richard Marsden in an ESA television broadcast. "It fills much of the heliosphere over much of the solar cycle." 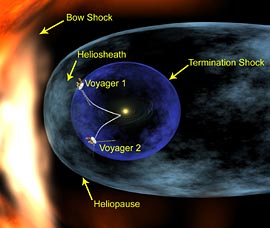 Artist's concept of the heliosphere, the edge of which marks where the expanding solar wind meets the interstellar medium far beyond Pluto.

The solar wind varies in conjunction with the Sun's 11-year sunspot cycle, which ends when the star's magnetic poles flip. Mission data showed that the solar magnetic field resembles that of a bar magnet and that the solar-activity cycle corresponds to that bar magnet turning like the hands on a clock face, said Marsden. Activity minima happen when the magnet aligns with the Sun's rotational axis (12 and 6 o'clock), maxima when it lies perpendicular to it (3 and 9 o'clock).

Ulysses also proved the complexity of the solar magnetic field's size and shape, which allows energized particles from high and low latitudes to switch places and possibly escape to threaten astronauts and satellites.

"Over its long life, Ulysses redefined our knowledge of the heliosphere and went on to answer questions about our solar neighborhood we did not know to ask," said project scientist Ed Smith (NASA/Jet Propulsion Laboratory) in a prepared statement.

But Ulysses's life wasn't all glory. Several delays plagued its development from its official inception in 1977 to its 1990 Discovery launch. Soon after reaching space, an extended boom set the satellite wobbling. The motion, which prevented precise measurements, threatened to ruin the mission. The team eventually determined that the nodding arose from flexing caused by the Sun heating the boom. The spacecraft has since successfully compensated with its thrusters.

Ulysses's longevity ultimately depended on its plutonium-fueled power source, called a radioisotope thermoelectric generator (RTG). The generator powers the craft with the heat produced as the plutonium decays, but as this process also depletes the plutonium supply the amount of energy available to power Ulysses decreases over time. The energy loss wouldn't have been a problem if Ulysses had stuck to its five-year plan. Pushing it to complete multiple pole passes instead of one means keeping the satellite's 10 instruments on a precarious schedule of on-and-off use. While the instruments conserve power when off, they also stop producing enough heat to keep the spacecraft's fuel from freezing in the pipelines. 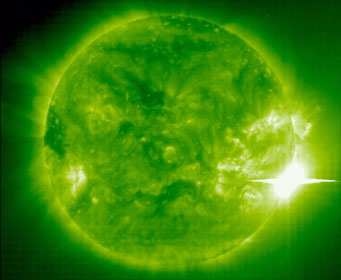 A titanic solar flare in 2003 caught by another solar observatory. Ulysses is the only spacecraft that studied the Sun's poles directly.

Then, on January 15th of this year, the main transmitter failed to turn back on. The team knew it had reached the end.

"It's like saying goodbye obviously to an old friend," said Marsden.

Ulysses will leave behind its own epic — written in the 1,500 papers using its data and the revelations it brought to astronomy. It was the first to detect interstellar dust, finding 30 times the amount expected and proving the heliosphere was not impenetrable as scientists thought. And its collection of helium atoms from deep space helped to prove that the universe does not have enough matter to stop its own expansion, nurturing theories on dark matter and the shape of space-time.

"When the last bits of data finally arrive, it will surely be tough to say goodbye to Ulysses," said mission operations manager Nigel Angold (ESA). "But any sadness I might feel will pale in comparison to the pride of working on such a magnificent mission."

Kinda sad when a sallilite lasting so long finally gives out. See ya Ulysses, you had a good life.

Kinda sad when a sallilite lasting so long finally gives out. See ya Ulysses, you had a good life. 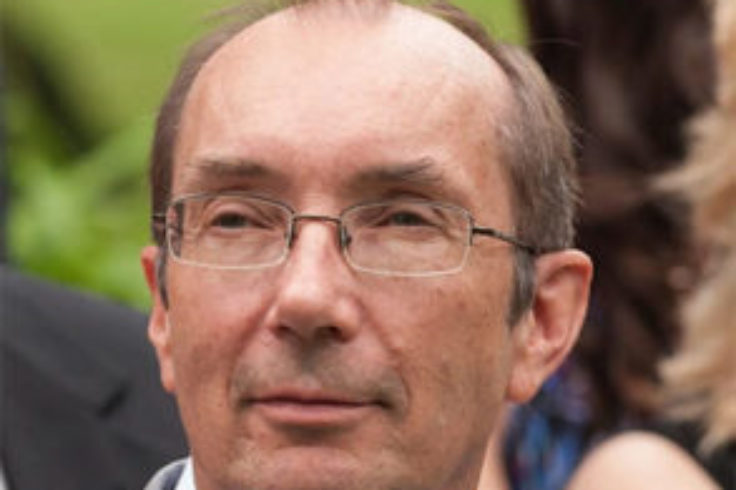 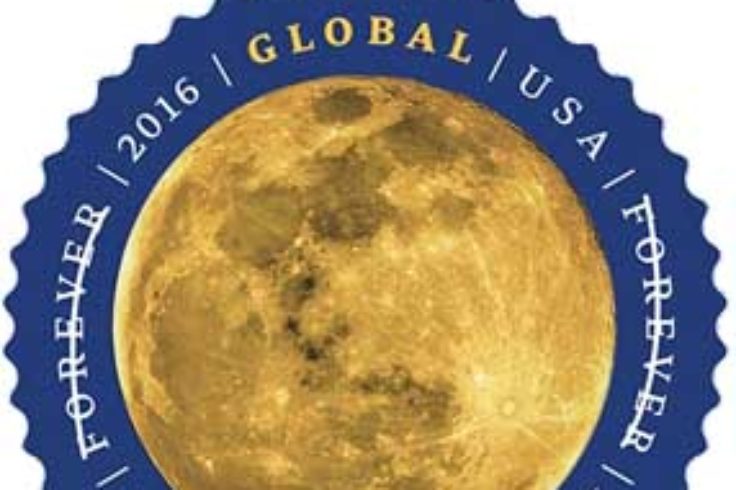