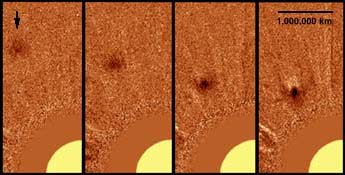 An enormous cloud of ionized gas plunges toward the Sun over three hours. The cloud becomes evident by electronically subtracting one frame from another taken some minutes later. To record such faint features, the Sun itself (yellow disks) must be hidden behind an occulting mask.

Astronomers have long watched the seething Sun spew matter
outward into space, but now they are scrambling to understand why enormous
clouds of ionized gas keep falling toward our star. A coronagraphic
camera on the orbiting Solar and Heliospheric Observatory (SOHO) has
tracked these mysterious clouds for the last five years, recording their
appearance at altitudes of up to a few million kilometers and their
descent through the Sun's atmosphere, or corona.

The inflows started turning up in 1996, not long after
SOHO's launch, in white-light images taken by the Large-Angle and Spectrometric
Coronagraph. At first they looked suspiciously spurious, notes Neil
R. Sheeley Jr. (Naval Research Laboratory), but by 1997 he and other
SOHO scientists concluded that the inflows must be real. As solar maximum
neared, the blobs appeared more often, sometimes coming in a downpour
of 20 per day. The total count now stands at more than 8,000.

A few inflows are associated with the fallback of matter
from giant eruptions called coronal mass ejections, but most of them
appear spontaneously. As they plunge through the corona the gas clouds
are bucking the solar wind, streaming outward at some 120 km per second.
"It's not unusual to see these things start at rest, pick up speed as
they fall, then slow down as they near a height of 2 solar radii," says
Sheeley, who has created time-lapse
movies of the descending blobs.

Writing in Astrophysical Journal Letters for November
20th, Sheeley and NRL colleague Yi-Ming Wang explain that the inflows
seem to be associated with sector boundaries in the Sun's magnetic
field, locations where field lines may be reconnecting and collapsing
toward the solar surface. Large bubbles of ionized gas — the luminous
clouds seen
by SOHO — follow the field downward. Sheeley and Wang believe
a flurry of inflows occurs near solar maximum because at that time the
magnetic fields along the sector boundaries are most intense. 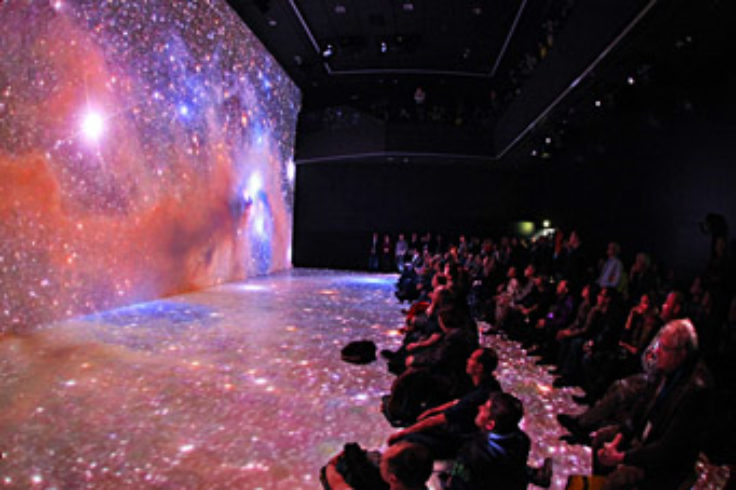 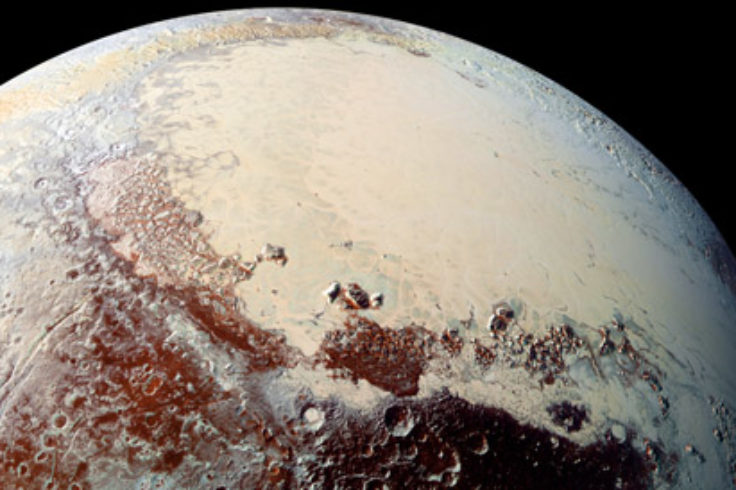 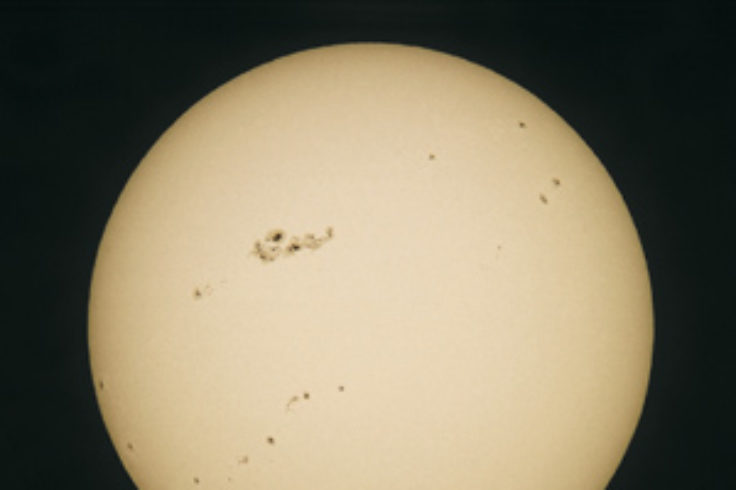