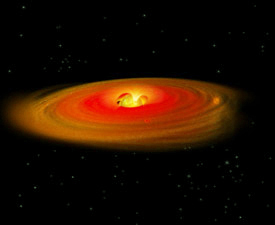 TW Hydrae is a 10-million-year-old, roughly solar-mass star. This artist's concept shows the star, the inner part of its surrounding disk, and a hot spot where disk material is being magnetically channeled onto the star's surface. The spot is hot enough to produce X-rays.

A team of researchers led by Joel Kastner (Rochester Institute of Technology) is using a new technique to understand how planetary systems form.

Armed with the Chandra X-ray Observatory, Kastner and colleagues looked for X-ray emission coming from the suns of infant solar systems. In a baby planetary system gas and dust collect into a flattened, rotating disk around a star, and some of it can end up on the stellar surface. As the flotsam spirals in, it can become ensnared by strong magnetic fields near the star's surface and accelerated onto "hot spots" on the star that glow in X-rays. Another, different source for X-rays is the normal hot corona (outer atmosphere) of the young star itself. "Young Sunlike stars are very energetic sources of X-ray emission," says Kastner.

At the American Astronomical Society meeting in Nashville, Tennessee, Kastner announced results from two test cases illustrating the two processes. TW Hydrae and HD 98800A are members of the same group of newborn stars 180 light-years away; both are only 10 million years old. TW Hydrae is a classical young sun, while HD 98800A is part of a quadruple-star system; its nearest neighbor star is about as far from it as Earth is from the Sun. 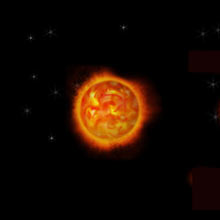 An artist's concept of HD 98800A, the brightest star of a young quadruple system. This system was born at the same time as TW Hydrae but produces X-rays the way the Sun does — by a hot, active corona — with no sign of infalling matter. The yellow patches represent coronal hot spots.

HD 98800A paints quite the opposite picture. This system showed X-ray emission basically similar to our Sun's, suggesting that infalling matter is not a dominant factor — coronal activity is. Perhaps planet formation has already used up the disk, or perhaps the stellar companions kept any disk from forming in the first place.

With this technique Kastner hopes to better understand the lifespans and dynamics of disk systems, independently of the infrared observations that tell about parts of a disk farther out. Kastner is set to observe several more disks with Chandra in the coming months. 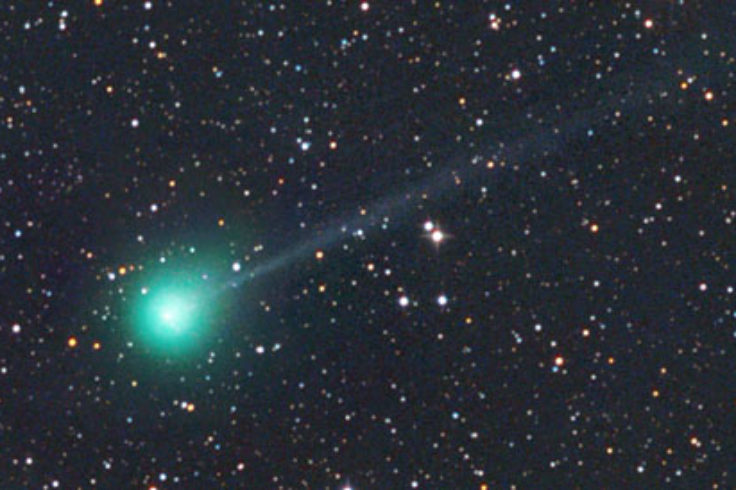 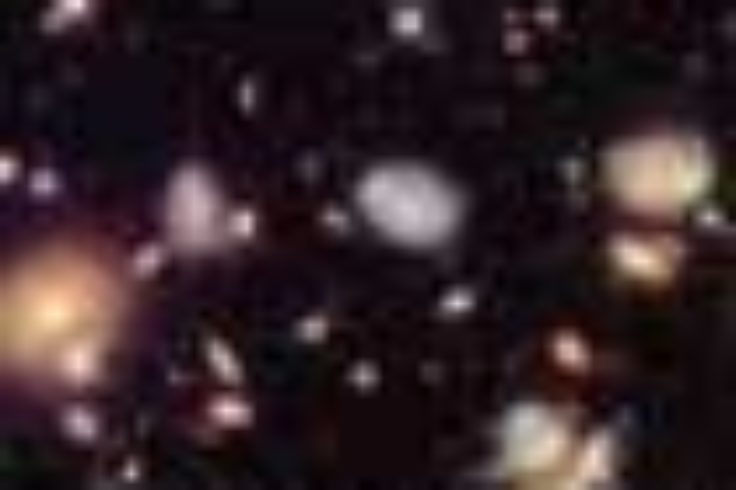