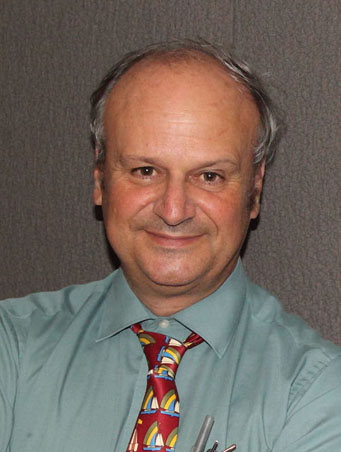 Mario Motta is a successful cardiologist and a passionate amateur astronomer. He talks about the medical effects of light pollution in this interview.

Dr. Mario Motta is one of America’s leading physicians. He is a practicing cardiologist at the North Shore Medical Center in Salem, Massachusetts. He recently served as president of the Massachusetts Medical Society (the organization that publishes the New England Journal of Medicine, the world’s most prestigious medical journal), and he currently serves on the American Medical Association’s Council of Science and Public Health.

But despite his extremely high level of expertise on medicine and health-care economics, if you ever meet Mario in person, you will quickly discover that his biggest passion is amateur astronomy. Mario has one of the world’s most technologically sophisticated amateur observatories, which houses a 32-inch telescope built into the foundation of his house in Gloucester, Mass. Mario wrote about the construction of this giant observatory in the May 2011 issue of Sky & Telescope.

As part of his interest in amateur astronomy, Mario has been extremely active in the fight to limit the effects of light pollution. He has brought this matter to the attention of government officials at the national, state, and local level, and he is currently working with leading medical researchers to publish a paper summarizing recent studies on how light pollution adversely affects human health. In this 8-minute video filmed at Mario’s observatory, he discusses the battle against the scourge of light pollution with S&T Editor-in-Chief Robert Naeye.

Click here to watch the interview with Mario Motta.

Also, listen to an interview on light pollution with Bob Parks, the Executive Director of the International Dark-Sky Association.