Reanimating the 1882 Transit of Venus

In late 1882, Massachusetts astronomer David Peck Todd traveled to California to photograph the transit of Venus from the summit of Mount Hamilton, where a solar photographic telescope made by the renowned optical firm Alvan Clark & Sons waited among the stacks of bricks and timbers from which Lick Observatory was rising. 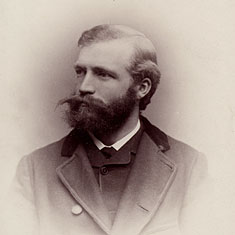 As the transit unfolded on December 6th, Todd obtained a superb series of plates under perfect skies. His 147 glass negatives were carefully stored in the mountain vault. But as astronomers turned to other techniques for determining the scale of the solar system, the plates lay untouched and were eventually forgotten. (See "The Transit of Venus: Tales from the 19th Century" by William Sheehan in Sky & Telescope's May 2004 issue.)

Fast-forward 120 years. Spurred by a reference in one of Todd's letters in Lick's Mary Lea Shane Archives, Bill Sheehan and I found all 147 negatives, still in good condition, at the observatory. To our knowledge, this collection of photos constitutes the most complete surviving record of a historical transit of Venus.

As we looked at Todd's extensive sequence of images, we realized we could turn them into a movie. A similar thought may have occurred to Todd himself, for a number of his contemporaries were already making the first forays into chronophotography — the recording of sequential motion and the forerunner of cinematography. Indeed, Pierre Jules Janssen invented his famous photographic revolver to capture the 1874 transit of Venus.

Digital imaging technology made reanimating Todd's transit images a comparatively simple undertaking. The result, which premiered at the International Astronomical Union's general assembly in Sydney in July 2003, appears below and shows Venus's silhouette flickering strangely as it marches across the Sun's face. It's the shadow-show of an astronomical event that occurred when Queen Victoria sat on the throne of Great Britain and Chester Arthur was president of the United States — a moving record of an event seen by no one now living, and a preview of what millions will see for the last time in their lives on June 5–6, 2012.