Late June offers a grab bag of clusters and nebulae "lined up" at the midnight hour. Time your southern deep-sky viewing with meridian passage and you'll be a happy camper.

The meridian's the place to be. No doubt about it. Stars and the deep-sky quarry we all love to explore begin their nightly arc in the east, reach their greatest height above the horizon when crossing the meridian, and then descend into the west.

The meridian begins at the due south point on the horizon, climbs to the zenith, then drops to the due north point on the northern horizon. A celestial object in the southern sky will be at its greatest altitude and seen most clearly through the least amount of atmosphere when crossing the southern meridian. Objects in the northern sky will be highest when they cross the meridian above the polestar and lowest (at nadir) when they cross it below the pole.

I'd be willing to bet most amateurs observe more objects on their way up rather than on their way down. There's a freshness to deep-sky objects when they first appear in the east and the pleasure of knowing that with every passing minute, Earth's rotation carries it higher and higher toward the meridian.

Summertime brings great riches in the eastern sky for skywatchers. One of the richest parts of the Milky Way courses through Scorpius, Ophiuchus, and Sagittarius, filling each of these constellations with visual and photographic treasures: dozens of globulars and planetary nebulae, scores of open clusters and bright nebulae, and too many dark nebulae to count!

How to make sense of it all? There are many ways to break down this bounty into manageable groups. For instance, you can select a bright star and star-hop your way from one deep-sky object to the next, the way you'd jump from rock to rock to ford a creek. Or you could choose to visit all of summer's globular clusters over the course of several nights.

Allow me to offer a slight variation — the "meridian package." Dobsonian owners will find this one of the easier ways to scoop up summer's southern clusters and nebulae. Point your Dob due south, and finding objects will involve a simple up or down push with a nudge east or west.

Of course, timing is everything. That's why I selected midnight local daylight time on July 1st. A ride along the midnight meridian on that date offers an incredible diversity of deep-sky objects within 1°–2° of vertical.

I can offer one for-sure guarantee — the objects, which inhabit the low southern sky, will be seen to their best advantage. So let's get started. The map above shows a strip of sky centered on the meridian with stars to magnitude 9.5 and a selection of deep-sky objects from about 10th magnitude and up. Since the rotating Earth makes everything in the sky a moving target, you might consider beginning a half hour before midnight to take better advantage seeing them all at maximum altitude.

Midnight may seem late but with twilight not over till after 10:30 p.m. from many locations, the hour arrives sooner than you'd think. Plus you have another option. Thanks to Earth's revolution around the Sun which causes the constellations to drift westward with the seasons, they'll be lined up north-south around 11:30 p.m. on July 8th, 11 p.m. on July 15th, and 10:30 p.m. on July 22nd.

All the objects lie near the Stinger Stars, Shaula and Lesath, in the tail of Scorpius, and concentrate around two bright, naked-eye star clusters, M6, a.k.a. the Butterfly Cluster, and M7, Ptolemy's Cluster. Most are open clusters, but two globulars, several oxymoronic faint, "bright" nebulae from the Sharpless H II list, and a healthy selection of dark nebulae from E. E. Barnard's famous catalog, spice things up.

The table below includes details and brief descriptions for 32 objects. I observed with a 10-inch f/4.5 Dob from northern Minnesota, where few climb higher than 10° during meridian passage. A few eluded my sight, but you may have better luck particularly if you live further south. I started at the Stingers and worked my way northward using the map to star-and-deep-sky-object-hop from one to the next, using magnifications of 57× and 115×.

Here are additional details on a few of my favorites:

* M6 and M7. For sheer brilliance and sparkle, these are incredible in both binoculars and small-sized telescopes. M6 looks like a plump moth, while M7 always reminds me of a sideways letter "K." The misty faint globular NGC 6453 makes for a nice challenge along its western border and an excellent comet imposter!

* What is it about Trumpler open clusters? Nearly every one I've seen has so much character and typically contains a nice mix of brighter stars that overlie a rich, misty backdrop of fainter members. The three on this list are no exception.

* Many Barnard dark nebulae can be low-contrast, difficult objects, but the two flanking M6 (its "ears") and Barnard 286, centered on a single bright star south of M7, stood out well enough at 57× even at their low altitudes.

* NGC 6383 looks like a bright star at first blush, but increase the magnification to around 100× and you'll uncover a dozen faint stars almost hidden in its glare. The stellar clutches of NGC 6451 and NGC 6400 were two more of my favorites. They're both small and lack the glamor of the big clusters, but they compensate with sugar-grain starriness.

Happy summer nights! May you so lose yourself in the spiral arms of the Milky Way that you completely forget the time.

Thanks Bob, this is a great list, enough for the entire month of July!

One small quibble -- 12:00 daylight saving time is not midnight. During daylight saving time, midnight occurs around 1:00 am, give or take a quarter hour depending on your longitude east or west of the central meridian of your time zone and the variation of the equation of time. For instance, here in San Francisco, the Sun will set at 8:36 pm this evening and rise at 5:52 am tomorrow morning. The midpoint between these two times -- mid-night -- will occur at 1:14 am. In spite of the foolishness of daylight saving time, I think the words midnight and noon (mid-day) should retain their true physical meanings.

Also, my astronomy club holds our monthly new-moon members star parties and quarter-moon public nights on Mount Tamalpais, on the Pacific coast. The eastern sky is significantly light polluted by the San Francisco Bay Area metropolis, while the western sky is much darker. Most everything other than the Moon and planets show up much better after they have transited the meridian.

Hi Anthony,
I understand your selective choice of midnight. I chose the "adulterated" version of midnight because it jives with clock time and how we schedule our days' activities. As you and I well know, amateur astronomers see summer midnights (DST or otherwise) as perfectly natural times to be up and around under the stars 😉

Thanks Bob. I still think it's good to be careful in our language. During the nearly eight months of each year we're subjected to daylight saving time, I'm careful to refer to "12 o'clock" rather than "noon" or "midnight", unless I'm actually talking about mid-day or mid-night. This sometimes leads to conversation with friends or co-workers about the difference between 12:00 dst and noon or midnight, and hopefully an increased appreciation of the physicality of time on a spinning planet orbiting a star, as opposed to unthinking acceptance of the idiocy of daylight saving time.

Does it ever get any better than viewing M7 on the meridian on a summer? For my backyard, M7 crosses meridian at 00:55 a.m. Thanks for giving us another great read.

Thanks Bob-Patrick and happy M7 viewing! 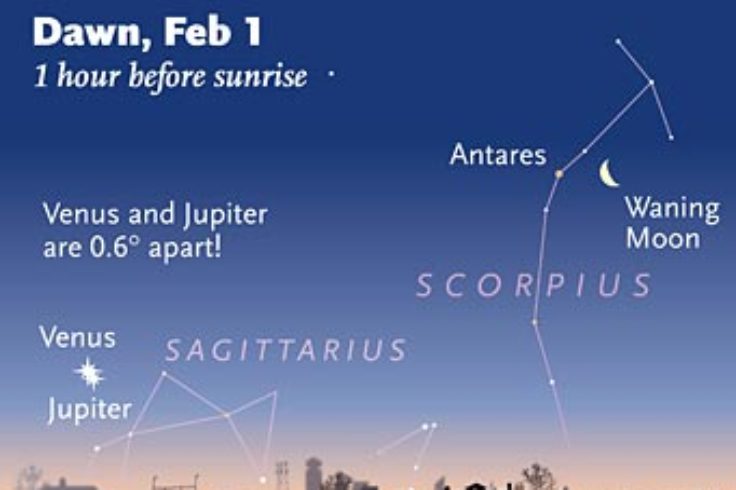 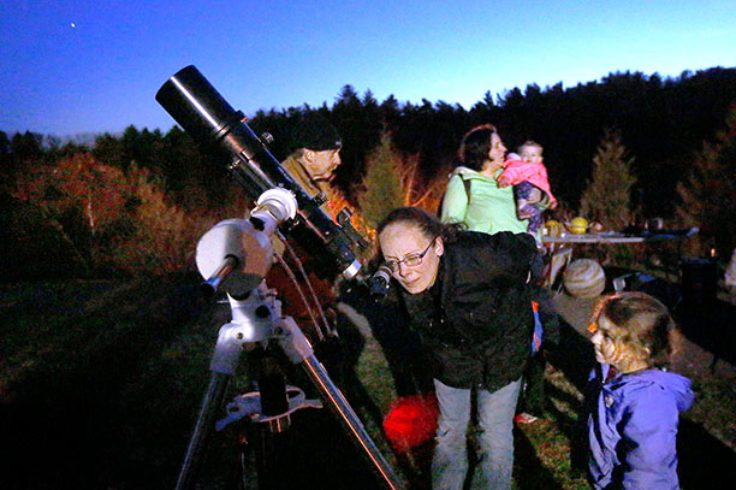 Tips for a Successful Star Party