Airglow, Milky Way And Me 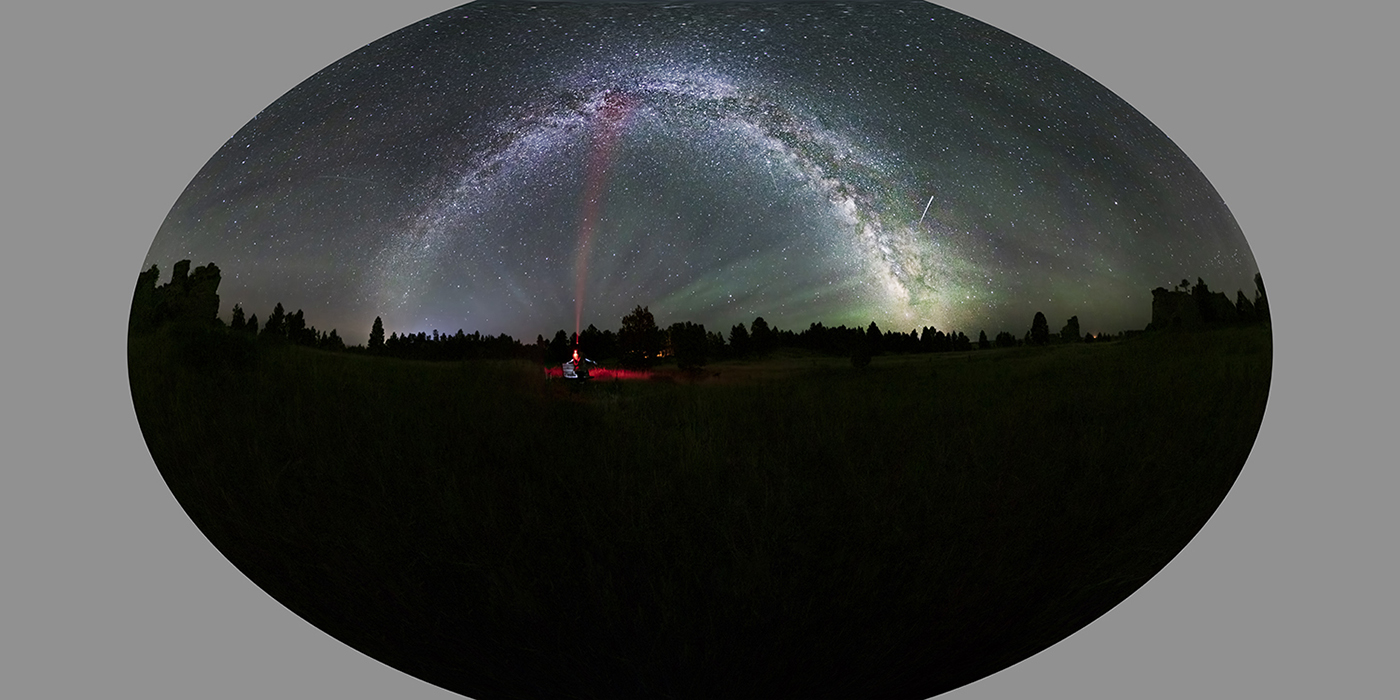 There are 4 images of full fisheye lens to create this 360 Winkel Tripel World Projection of Milky Way panorama. When I uploaded the images in my computer and checked them one by one I see some greens and a little of blue- violet wavelength. When I researched about it, these are an Airglow - caused by the energy released by molecules in the upper atmosphere being excited by the harsh rays of the sun. It occurs all the time, wether it is visible or not. It is called Dayglow during day, and is never seen because of the brightness of the sun, Twilightglow occurs during twilight and is one of the brightest, and Nightglow occurs at night. The most prominent color of airglow I captured in this this image is green which is caused by sodium and oxygen atoms slightly higher up and so faint violet blue which is caused by Hydroxide (OH) and molecular oxygen. I put also myself in one of the 4 images with my red light and the added bonus are the 2 Delta Aquarids Meteor. This was taken last July 30, 2022 at 10:08-10:16PM at Medicine Rock State Park, in Montana, USA one of the designated dark sky by International Dark-Sky Association (IDA) with scale 1 in Bortle Scale.