All the Moon phases shot during the daylight 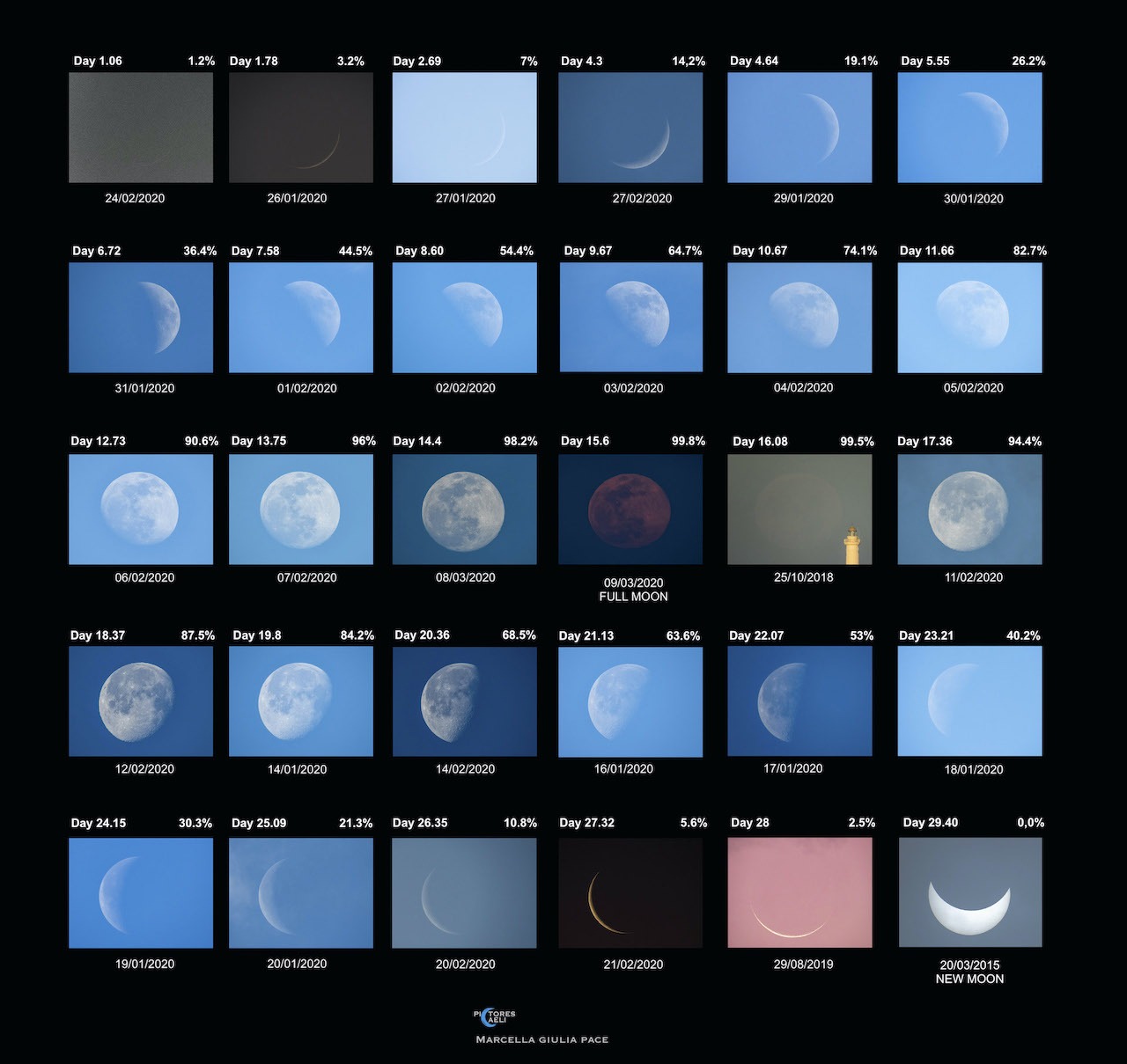 "Teacher, you can find the Moon in the sky only at night and it is not visible in all its phases during the day." This kind of observation has been so frequent during many years of teaching in primary school. And many books, actually, represent the Moon as a sky element that belongs exclusively to the night. But, as we all know, Instead the Moon, every day and for a certain period of time, keeps company with the Sun during its daily stay in the sky. So, to demonstrate and document this fact, I shot the Moon during all its phases, setting the rule that I should have captured it only when the Sun would have been above the horizon in the sky. This is the reason why all these Moons' images have a different shades of the daytime sky background. The phases in which the Moon is present in the sky but visibile just to the human eye, are the phases that anticipate or precede the New Moon. This is because the crescent moon is very thin and you need to know the exact position of the moon to be able to see it. In this sequence, I managed to shoot a thin crescent moon with 1.2% lighting. During the New Moon phase the Moon accompanies the Sun on its daytime journey. So, it's there, in the sky, but not visible, except during a solar eclipse. And so, I inserted a shot, always taken from Italy, of the partial eclipse of the Sun that occurred in March 2015. The photo was taken with the only help of the clouds, one of the most "natural" optical filters. The lunar disk is clearly visible overlapping the solar one. The Full Moon rises at sunset and falls at dawn the next day, since it's in opposition to the Sun. It would be the phase in which the two stars never meet in the sky. But not all Full Moons arise shortly after the Sun has set and vice versa: I was waiting for the Full Moon this month (March 2020), as it rose a few minutes before the Sun went down. Even at dawn, on the following day, I attempted to shoot it but, because of the cloudy weather, I inserted in my sequence, a Moon set after the sun had risen, captured in 2018. I also inserted two phases of the Moon at Twilight. Although I could have shot them with the Sun above the horizon, I wanted to experiment a shooting of the lunar sickle with the slightly enlightened sky affected by the diffused glowing of the Sun still below the horizon. The lunar sickles of the 26th and of the 21st of January were shot respectively, 15 minutes after the sunset and 15 minutes before the sunrise.