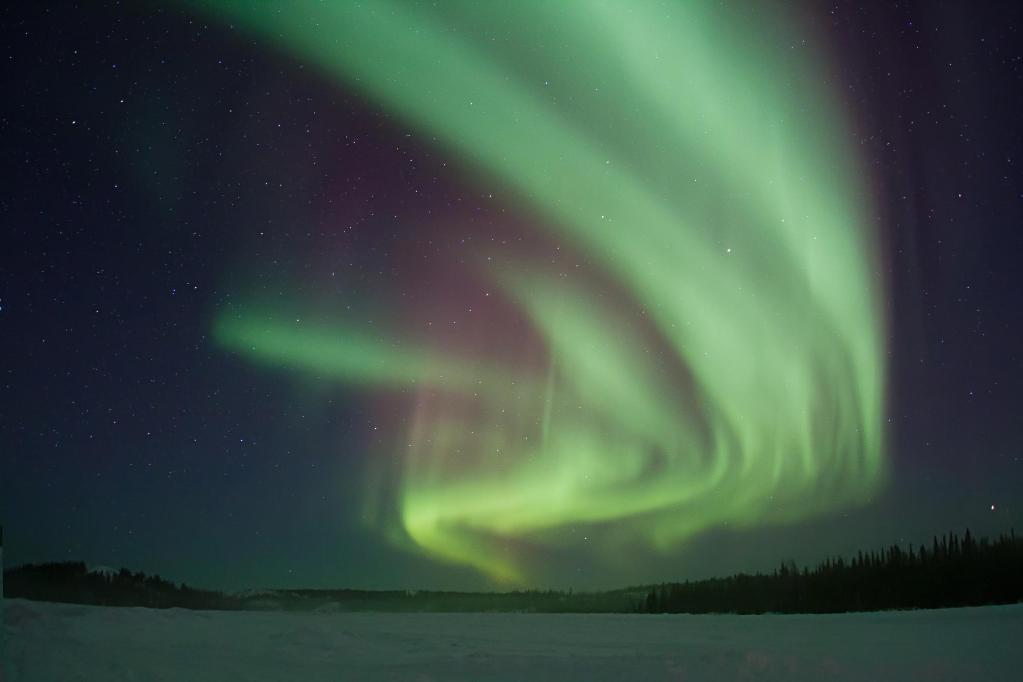 When sunspot AR1967 erupted on February 25th, it produced the strongest solar flare of the year so far and one of the strongest of the current solar cycle. Days later, the shockwaves caused geomagnetic storms near Earth and induced bright displays of the aurora borealis. This large-scale spiral aurora consists of both homogeneous and rayed arcs. The green aurora originate from complex interactions between the solar wind and the constituents of Earth’s atmosphere nearly 70 miles up, while similar processes cause the red aurora between 125 and 250 miles in altitude. Mars rises over the trees to the lower right.