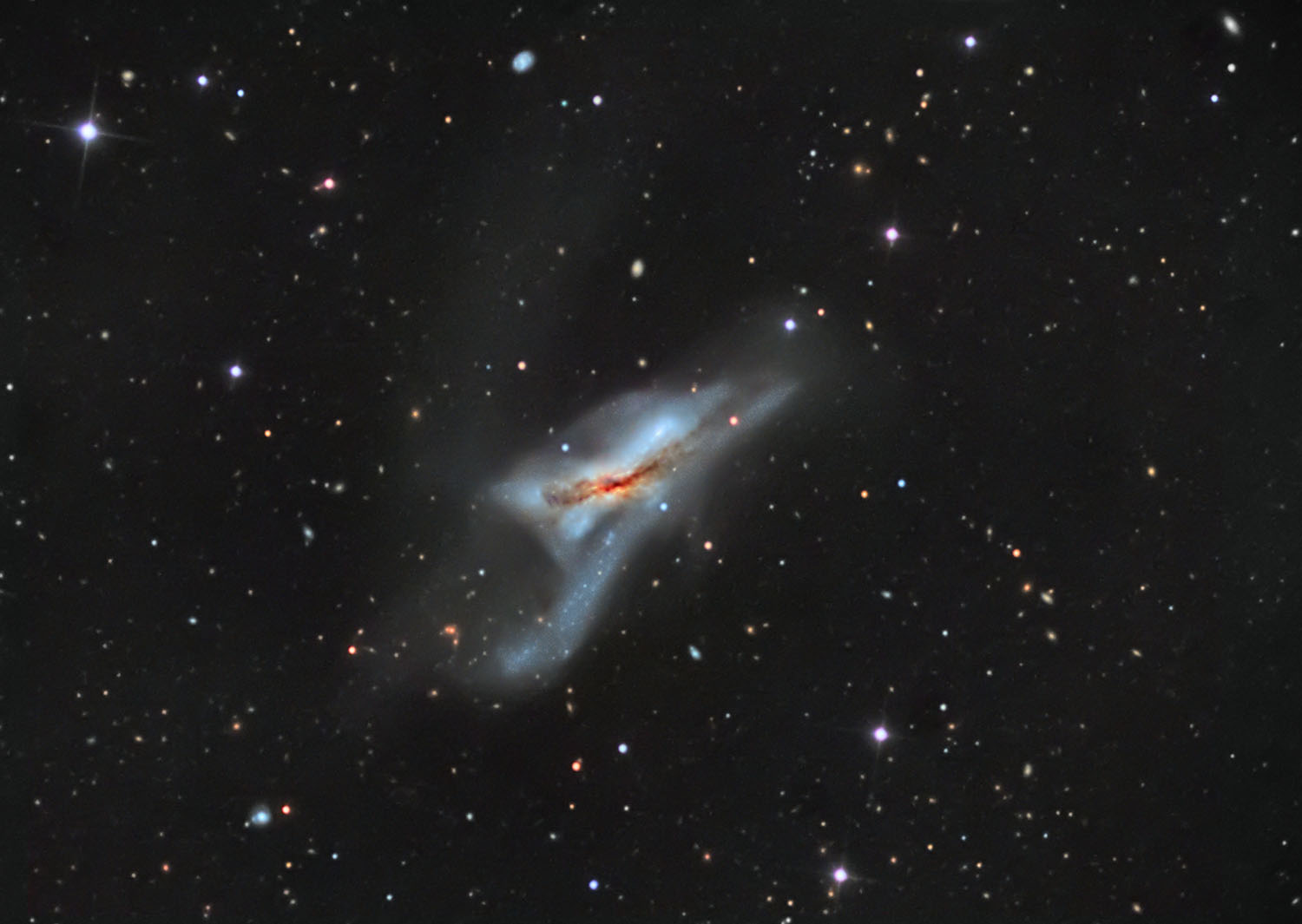 I was looking for a relatively small galaxy to capture with my planetary (2X Barlow) setup. Here we have 2 in 1. Skies became unsteady during this dark period, so that limited me to only 4 hours of L. But fortunately I was able to capture 6 hours of RGB. "NGC 520 is a pair of colliding spiral galaxies about 105 million light-years away in the constellation Pisces. They were discovered by astronomer William Herschel on 13 December 1784. Halton Arp called this the second-brightest very disturbed galaxy in the sky, and it is as bright in the infrared and radio bands as the Antennae Galaxies. Simulations indicate this object consists of two galactic disks that began interacting about 300 million years ago. The system is still in an early stage of its merger, showing two separate velocity systems in the spectra, and two small tails. Two galactic nuclei have been detected,and one is an H II nucleus. The main galactic component is being viewed edge-on, making it fainter in the optical band. The secondary component is brighter but less massive than the main, and is located to the northwest. They are separated by a dark lane of dust. The region of the galaxies outside their nuclei experienced a period of increased star formation roughly around the time they began to interact."