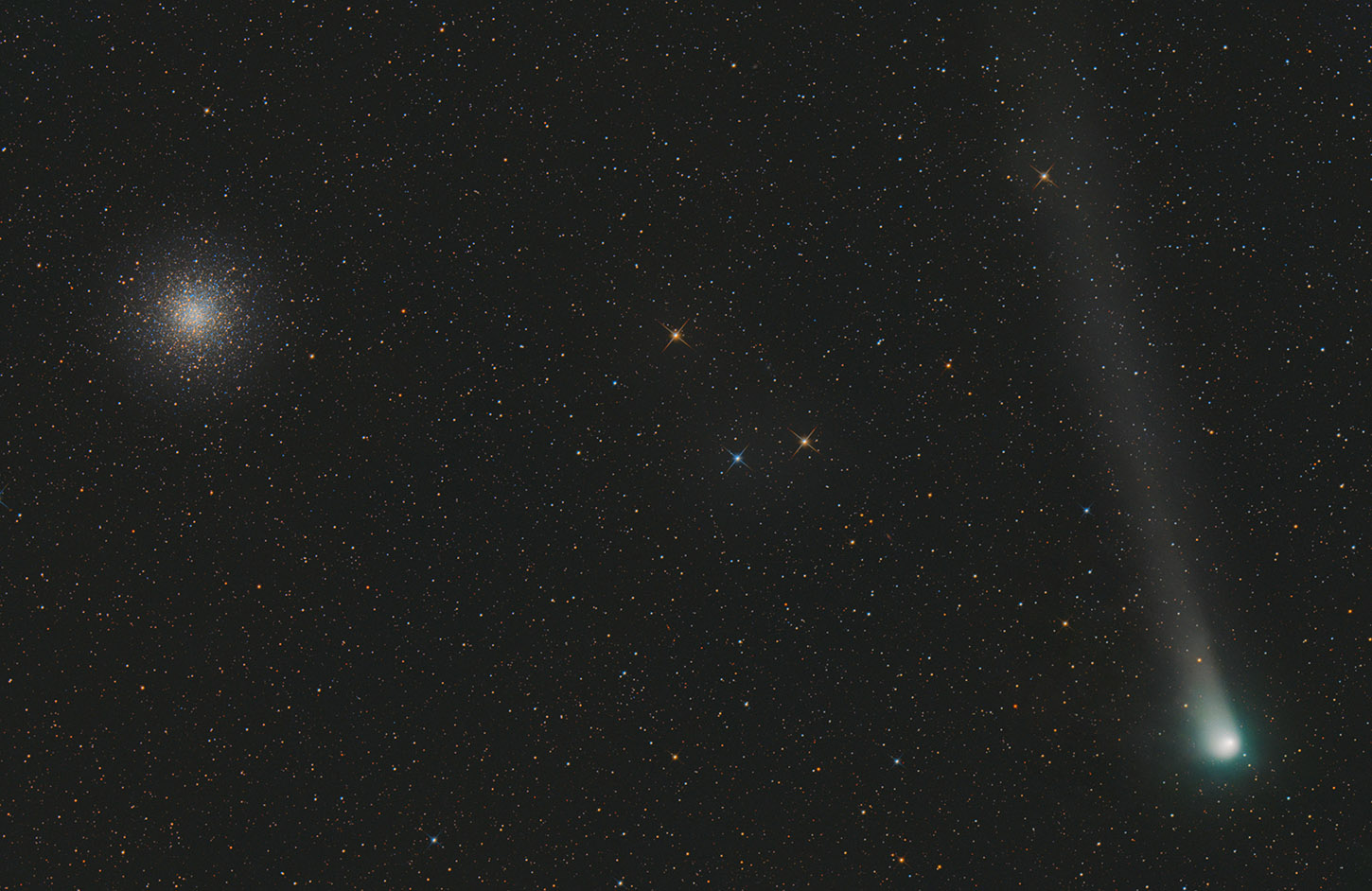 Comet C/2017 K2 (PanSTARRS) was discovered in May 2017 at a distance beyond Saturn's orbit when it was 2.4 billion km from the Sun by the PanSTARRS program in Hawaii. Astronomers had never seen an active incoming comet so far away. It has been established that the object's cometary activity had already begun when it was 23.7 AU from the Sun, between the orbit of Uranus and that of Neptune. Only comet Hale-Bopp produced such a spectacle at this distance with a similar nucleus. However, this comet will not be as visible as Hale-Bopp was in 1997, in part because it does not approach as close to the Sun. It will take 18,000 years for it to return to see us again in the solar system. As for the globular cluster in the image, it is the M10 cluster which is one of the closest to the solar system since it is located only 14,300 light years away. It spans about 80 light years. The central region contains a concentration of blue stars, most of which formed 2 to 5 billion years ago.