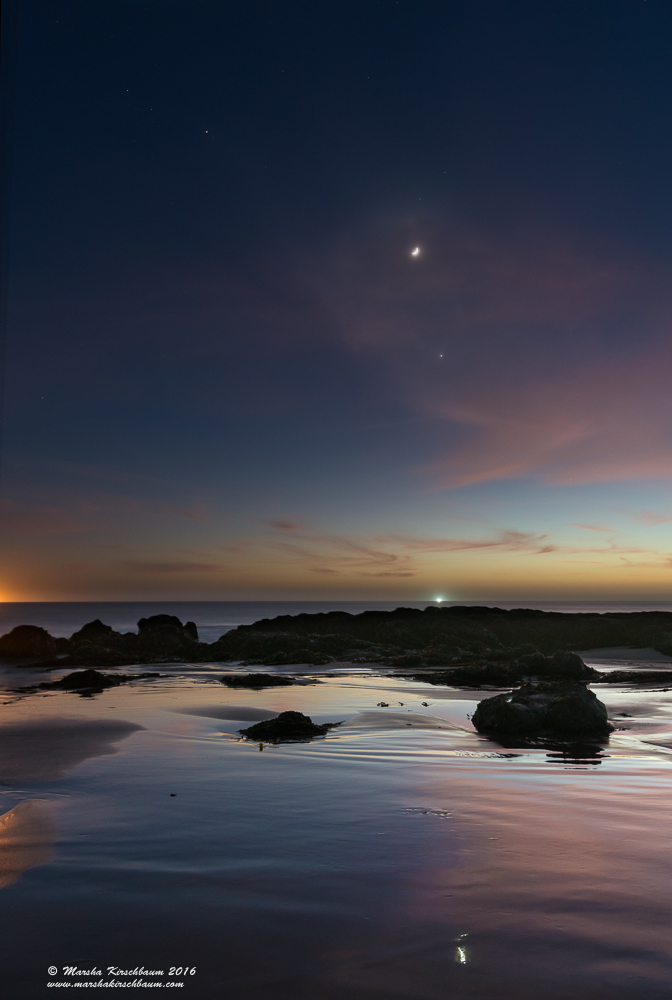 I knew that the moonset would include Venus at dusk and Mars, though faint, would be off to the left but near the moon. I really wanted a photograph that included Mars, the Moon and Venus. I used PhotoPills App to determine where the moon would be with my foreground and hiked a couple of miles to this location at Sculptured Beach, Point Reyes. I also knew that the tide would be at its lowest and the probability of reflection in the wet sand would be high. All things came together. This is an HDR image as the moon and Venus being so bright required a much shorter exposure than distant Mars. I combined three images, exposed for Mars, the Moon and Venus, and the foreground. All three images were taken within a minute of of each other and combined in Photoshop CC