IC 2631: A Reflection Nebula in the Chamaeleon Cloud Complex 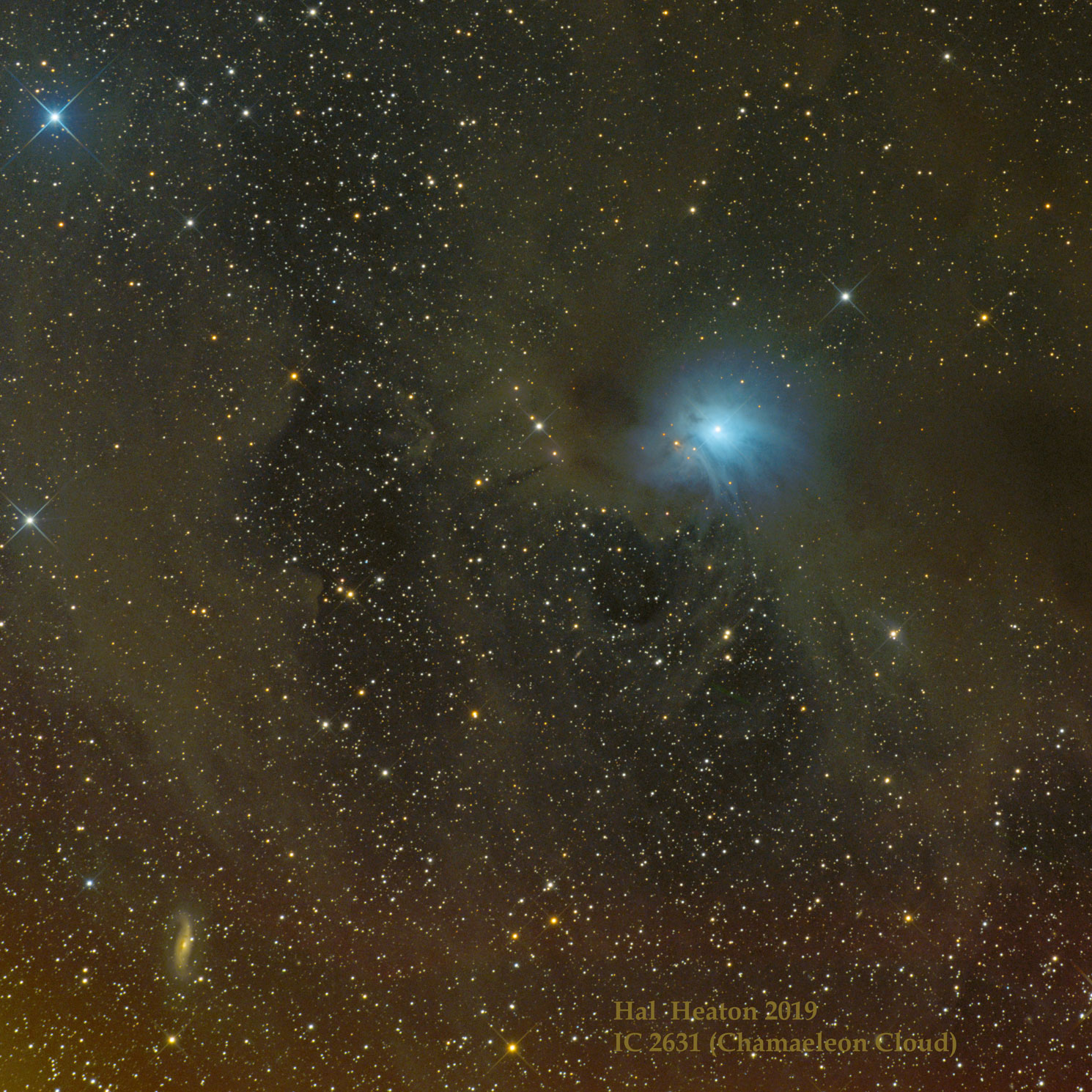 IC 2631 is the brightest nebula in the far southern constellation of Chamaeleon. Located about 14.9 deg below the Galactic plane, it is powered by the Herbig AE/BE star HD 97300, a massive pre-main sequence star located at a distance of ~630 lys (GAIA DR2). The much more distant spiral galaxy NGC 3620 (~65 Mlys) can be seen at the lower left of this image, which is oriented with north to the left and east down. At the star’s distance the cropped field-of-view, which spans approximately 44.7 arcmin on a side, corresponding to 8.5 lys. This synL-RGB image was formed from mean broadband images that were integrated in CCDStack for 48-mins in the red and blue channels and 60-mins in the green. A preliminary RGB result was used to create a synthetic luminance frame, which was high-pass filtered and contrast-enhanced in Photoshop CC. After adjusting the color in LAB-mode, noise reduction was applied and its contrast was selectively enhanced using soft-light blending of a masked version of that image with itself